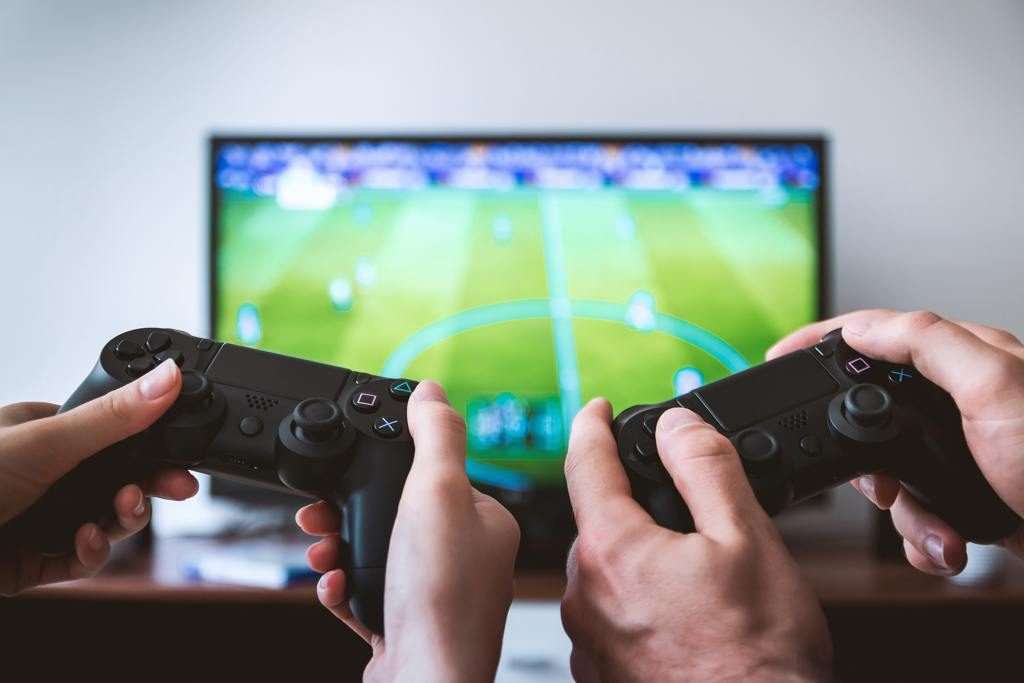 Back in the 1970s, video games were considered the most technologically advanced entertainment options available. Looking back, these rudimentary games (Pong, Death Race, Tank, Galxian, Space Invaders, Computer Space, Asteroids Breakout, etcetera) were hardly the gold standard of world-class audio-visuals. Gamers were so excited to get their hands on these video games that scant attention was paid to the quality of the audio. We’ve come a long way in the decades since these breakout games were released.

Fast forward to 2004 and the Los Angeles Philharmonic Orchestra. Nobuo Uematsu had just signed on to perform one of his most notable works – the soundtrack from the video game Final Fantasy. Needless to say, the highly anticipated symphony orchestra performance was sold out within 3 days. To say that people were clamoring for tickets is an understatement; a riot nearly broke out. This begs the question: What has changed with audio in video games? Clearly the monosyllabic, onomatopoeic sounds of archaic games don’t resonate with players nowadays – so what happened?

To understand the evolution of audio in video games, one has to study the characters that brought these fascinating musical scores to life. In the 1980s, John Wall, a notable music composer spent countless hours feeding quarters into Pac Man arcades. Like so many others, he never focused on the music while he was playing the games – it was secondary to the experience of controlling an on-screen character. Another notable composer, Tommy Tallarico went a step further and explained the correlation between the intensity of video game music and the urgency of gameplay. Games like Space Invaders, Pac Man are characterised by steady background music while the action is easy, and rapid-paced ominous music when mortal danger is approaching.

It comes as no surprise that people react to sounds just as much as they react to visual stimuli. Think of a horror movie without the ominous background music (simply click the mute button) – it’s more like a comedy, right? The audio component of video game entertainment is exponentially more important than people give it credit for. Over the years, the quality of the musical score became indistinguishable from the same music played at Symphony Orchestras. Music has emerged from behind-the-scenes to become a central component of the overall gaming experience. In much the same way as Hollywood blockbusters rely heavily on music to ramp up the action, intensity, and excitement, so too do video game producers.

Audio in video games gets your juices flowing big league. Think of games like Doom, with visceral musical score. In fact, it doesn’t much matter what type of video game is being played – arcade games, handheld games, console games, poker games, or even traditional casino games. The audio is used to augment the action and ramp up the excitement. Over the years music composers were taken on as freelancers. TV channels like MTV featured best videogame soundtrack categories too. The spiking popularity of video games warranted attention from audiences around the world. Don’t forget that many pop artists soon lent their names and likenesses to video games to. Think of Grand Theft Auto: San Andreas is a case in point. Superstars like Trent Reznor of NIN have lent their expertise to video games like Batman: Arkham Knight – a sign of the times.

Video game music is different to traditional music since there is an interactive component at play. As player involvement and engagement increases, so too does the tempo of the music. The musical scores have to be crafted in a particular way to ensure the best possible fit with the action. In a way, this limits video game music composers and their scores, but it’s also a more interactive experience since it requires a deeper understanding of the game world and the way players perceive it. It’s hard to imagine a videogame like Red Dead Redemption or World of Warcraft without the intensity of a powerful musical score. Today’s most popular video games according to NewZoo include League of Nations by Riot Games, Hearthstone: Heroes of Warcraft by Blizzard Entertainment, Minecraft by Mojang, and Counter-Strike: Global Offensive by Valve Corporation.

Let’s Get Technical for a Minute

Remember the PS One? PlayStation had a sound processor unit with 512 kB of RAM. By the time PS 2 came about, the available RAM increased fourfold. The evolution of sound in videogame consoles is evident across the board, including the old Sega Genesis consoles. Those started out with just 8 kb of RAM for sound, while the SNES featured 64 kb of sound RAM. The precise technical specifications will differ from one manufacturer to another. Some of them use the central processing unit for audio, and others have sound chips. As part of console design, sound is an integral component of the overall system.

Audio adds layers of interactive entertainment to the gaming experience. It’s not only about background music – it’s about character voices, machines, equipment, vehicles, animals, people, natural sounds and the like. As physics engines have evolved, so too have budgets for game design and development. Sound design is such an intricate part of the gaming design process, that it warrants special attention. Consider the ‘uncanny valley’ as a case in point when sound doesn’t quite match the reality of the visuals. When visual character design is almost lifelike, yet it isn’t because of certain flaws, it falls into the spectrum known as the ‘uncanny valley’. The audio in a video game can also have near life -like authenticity, but fall short of expectations.

There is a myriad of examples of realistic sounds in audio, and the games themselves become smash-hit sensations. Consider super Mario Bros, and Metal Gear Solid. The use of music in the audio medium is worthy of discussion. Music in video games must convey emotion effectively. The soundtracks must dovetail with the individual tracks that make up the entire video game. This is a challenging undertaking. Memorable soundtracks for video games are difficult to compose. For the most part, it is in the eye of the creator – the game designers and their musical prodigies. Fortunately, there are a few anchors to cling to, notably the repetitive nature of video games, and the fact that everything is contextually based. This is how emotions are stirred up and now immersion is possible.