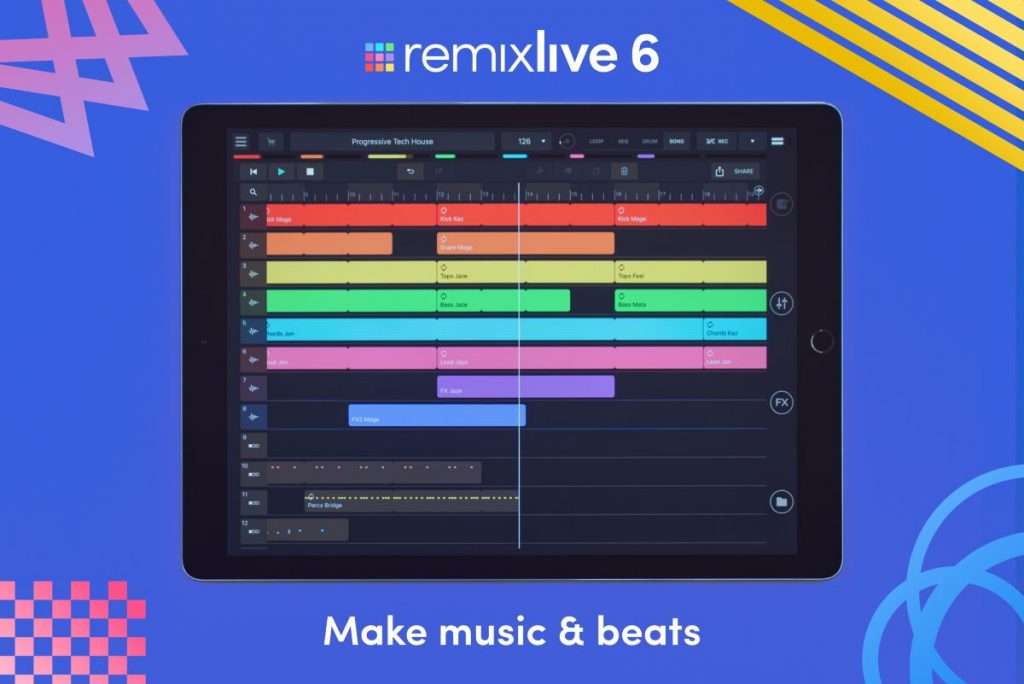 The Mixvibes team got in touch with us to announce the upcoming release of Remixlive 6, a major update for their music creation and remix app.

In their words, Remixlive started as a simple app with the idea to bring music creation to a wider audience. Ever since the first update, the direction indicated by the feedback from the users was a desire for a more capable app. Let’s have a look at some of the main features of Remixlive 6…

Song mode is a complete and feature-rich arranger view that will allow users to create much more complex tracks. It is inspired by desktop DAWs which include a central session view for sequencing music chronologically.

The other major addition is the live keyboard: you can now pick any sound and play with it, either using a traditional keyboard layout, or a Scale keyboard with options for different keys and scales — the second being very useful for beginner players to always play in the key of the track they’re making, or advanced creators for inspiration.

Mixvibes also expanded the Sequencer with extra note options: velocity, pitch, offset, roll (for glitchy repeat effects) and duration. They can all be adjusted manually, but are also useful for capturing real-time live playing of a performance, so users can have full control over the notes they’re playing. One note particularly out of sync? No worries, just adjust the offset!

Capping off new features, Remixlive 6 is taking another page from desktop DAW software by including MIDI support for a range of popular controllers, that will allow users to interact with Remixlive by using their favorite hardware controller, for even more expressiveness.

Remixlive 6 has many more new features up its sleeve (multiple fx, time-stretch, connectivity, etc.), so we invite you to learn more at the official website.
In the meantime, watch this teaser video below:

Remixlive is free to download, and available with in-app purchases of packs and features. The company also offers the possibility of a subscription on iOS and Android, which unlocks all packs and features for $8.99 monthly or $49.99 yearly.

Remixlive 6 will be available for download in early December 2020.