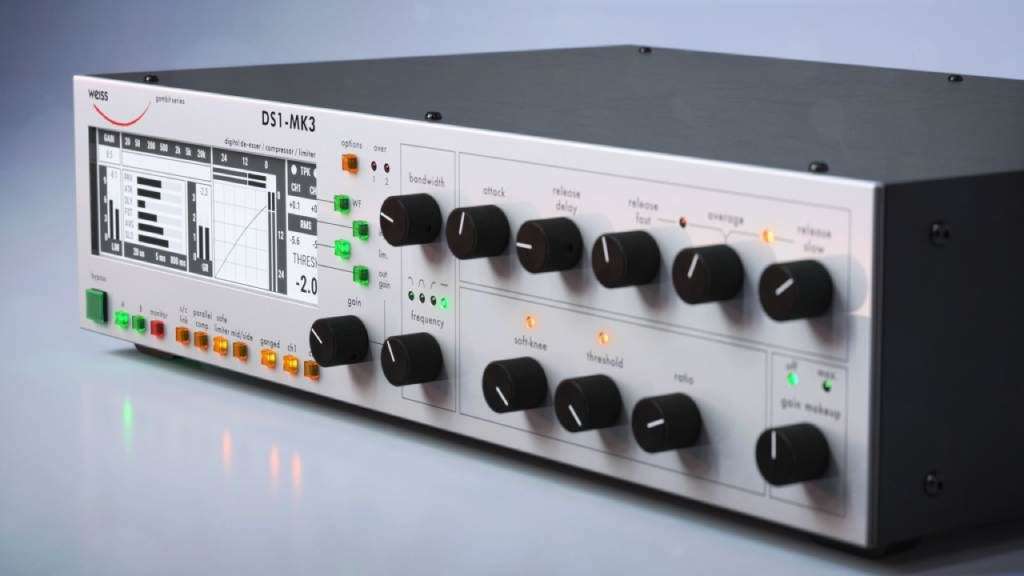 Giving your tracks to a mastering engineer who knows what he is doing (and has some awesome gear) is always the best choice. But there are times when for one reason or another, that is not an option.
Sure, these days you can opt for cheap online automatic services like Landr, but if I were you I would rather invest in some reliable software and go from there.

Speaking of mastering software tools, Softube just came out with two hi-end plugins, in collaboration with Weiss (probably the most renowned mastering gear maker!). Let’s find out more about these plugins that will likely raise the bar for everyone else in the music tech industry.

Weiss DS1-MK3 – Gold-Standard
Since its launch in the 1990s the Weiss DS1 has become an absolute gold-standard unit, indispensable in mastering studios around the world despite a premium price tag.

Its transparency, unparalleled versatility, and exceptional sound quality make it a must-have, heard (or rather not heard) on pretty much any major record you’d care to mention from the last twenty years. And in that time updates and improvements by Weiss have led to the near-perfection of the DS1-MK3.

Now for the first time ever, it is available as a plug-in from Softube, offering more flexibility than ever in a modern DAW environment, at a fraction of the cost.

What is the Weiss DS1-MK3?
This digital compressor/limiter/de-esser performs tasks no analog unit ever could, across a wider range of settings.

Working in collaboration with Weiss Digital Audio, this latest addition to the already rich and desirable Softube product range has been almost three years in development.

Porting the code perfectly, line by line, from the original unit so that the plug-in sounds identical was just one task. Recreating the workflow and characteristic broad and useable functionality that made the Weiss such a legend was another.

Running at 32 bit/192 kHz (an upgrade on even the hardware original) the plug-in opens up the absolute pinnacle of sound quality to everyone.
With two all-new advanced limiter algorithms in addition to the Weiss original, nothing touches this processor for sheer excellence.

Pricing & Availability:
The Weiss DS1-MK3 is available now directly from Softube for an intro price of $499 (regular price $549). A 20-day trial version is available.

Weiss MM-1: Loudness Done Right
Based on the legendary Weiss DS1-MK3, the centerpiece of mastering studios the world over (and also now available as a Softube plug-in), the future of fast and professional mix maximizing is now here – the MM-1 Mastering Maximizer.

Featuring the very same algorithms as the original digital hardware unit, the MM-1 offers five flavours of limiting; Transparent, Loud, Punch, Wide, and De-ess; intelligently progressing as the ‘amount’ knob turns, and blendable with the mix control, to give users precisely the right amount of power over the feel of their masters. 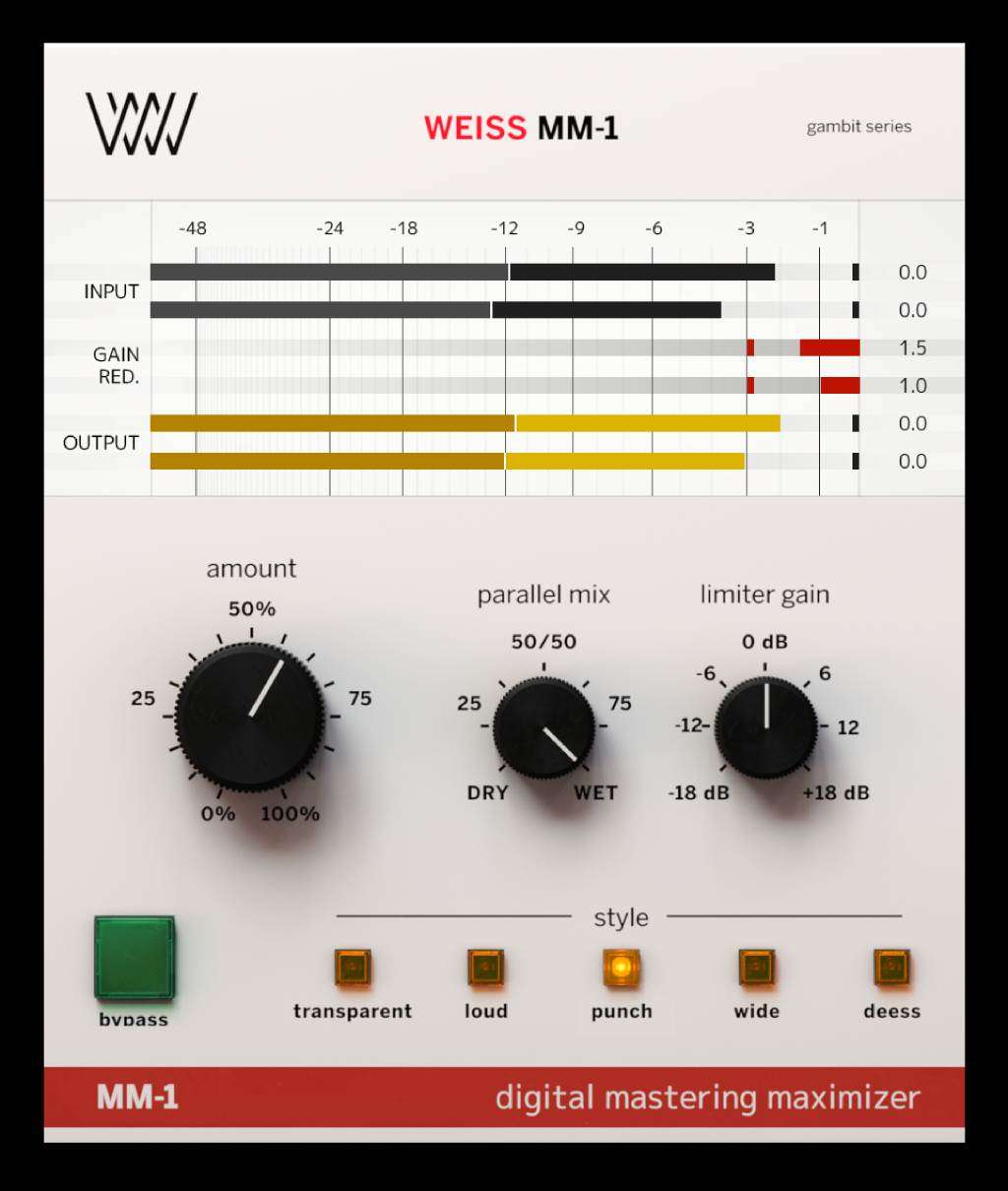 Crucial to this plug-in is that it can’t sound bad – the intelligent processes happening under the hood as
the amount knob turns; the filtering, compression, de-essing, and so on; have been carefully designed by
highly experienced mastering engineers using the industry standard DS1-MK3 as a foundation.

And there’s no better mastering limiter out there. This product allows users to get their mixes exactly as loud as they want, with exactly the sound they want, without sacrificing dynamics and musicality.

Pricing & Availability:
Get the Weiss MM-1 now directly from Softube for $199. A 20-day trial version is available.