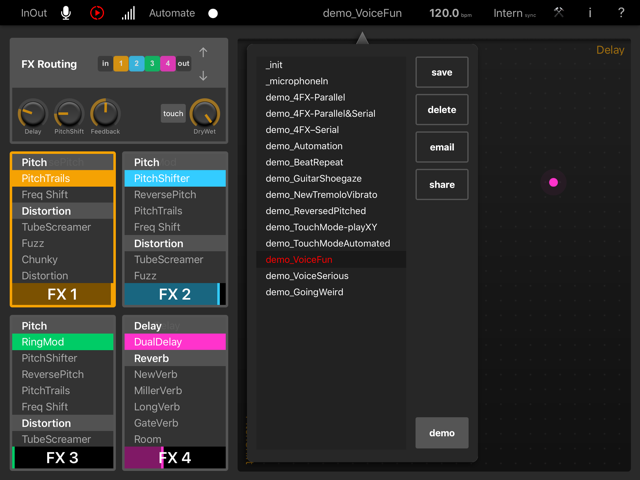 MoMinstruments released their big update for Elastic FX the other day and the app is now universal. Now you only have to pay once and you can use it on all your iPad and iPhone devices!

Not only have they worked on the iPhone version, there is plenty of new stuff for all users.

What many people already know from Elastic Drums and also like a lot in Elastic FX, is its unique automation Mode, where you can easily record or “automate” your effect tweaks of the XY Pad, which then can be played in sync to the internal or host driven tempo.

According to the developer, “it was a bit of a brain challenge to get the app’s automation  features working with the new touch Mode, but it should be working pretty well now”.

There are also 2 new buttons in the automate overlay (long tap the round circle button) to quickly delete the automation you recorded. 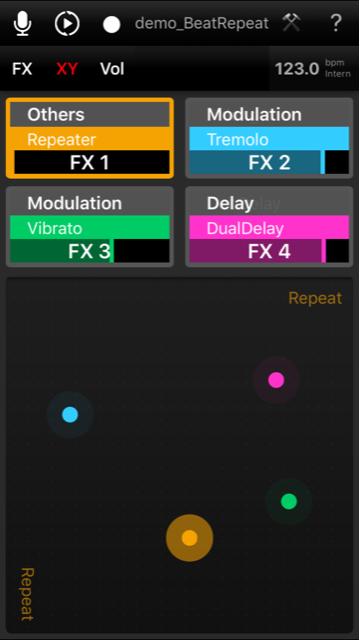 All demos have been reworked and an audio file has been added as an input source to every demo preset so you can see what kind of sounds you can create with certain effects and routings.

There is a demo (Mode) button in the demo presets overlay: If demo Mode is set to “Allowed”, each demo will play a prepared audio loop to listen to the effect.

If you are familiar with the app, you can switch off the demo Mode (“Disallow”) and use your own audio files as input, or a microphone or an external line in as input.

With demo Mode disallowed you can then switch through the different presets without changing the input source.

When Elastic FX is in an Audiobus or InterApp-Audio session this is the default behaviour, the demo Mode is deactivated automatically.