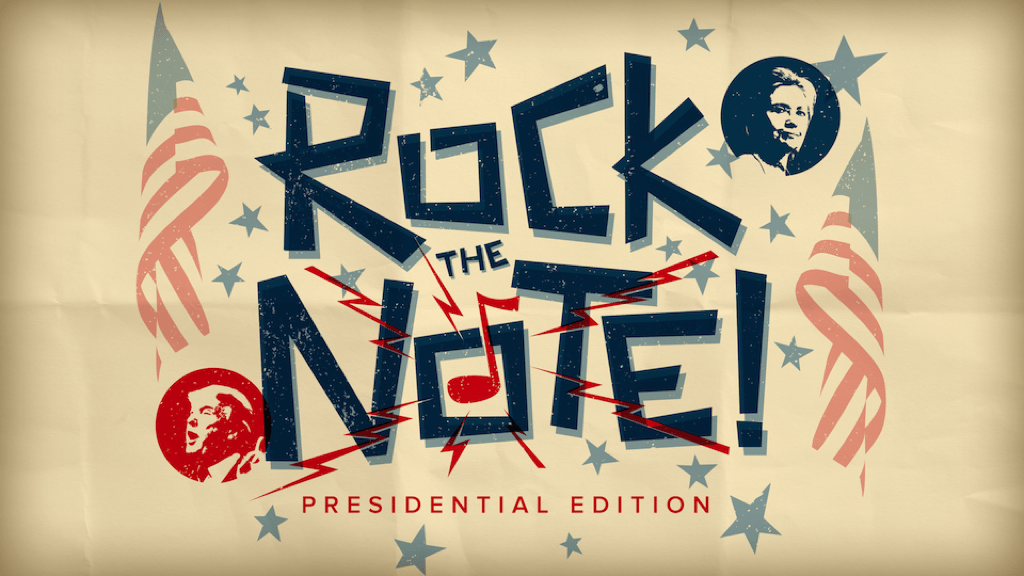 Digital entertainment newcomer Cocoa Camel announced availability of ROCK THE NOTE! – Presidential Edition — a parody/music app for iOS (with Android to follow soon), designed to make the 2016 US Presidential Election season a bit more bearable — as of October 24… 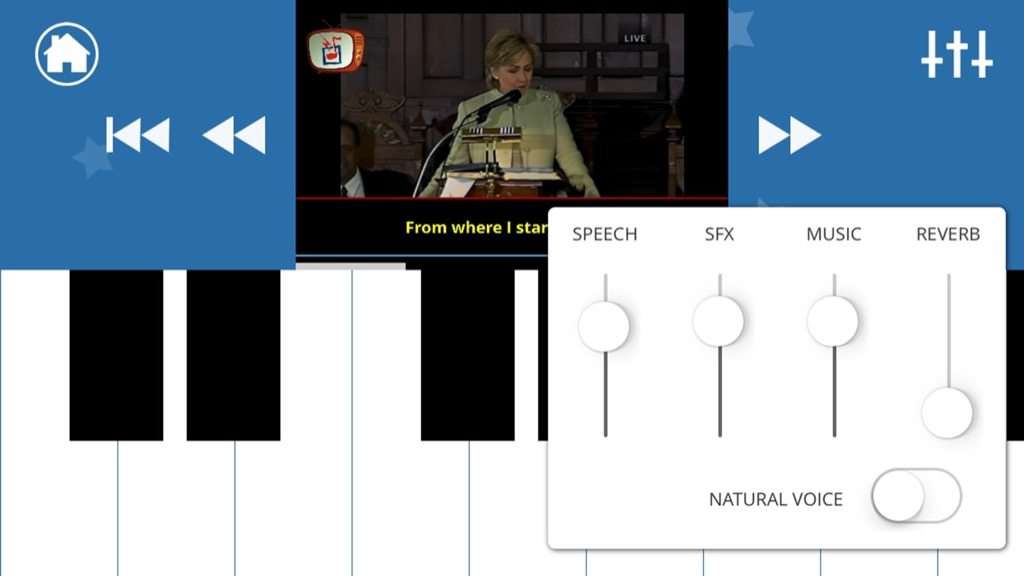 “This election season is so rife with shattered norms, off-the-rail comments, and ridiculous events that voters might feel they have lost any handle on the process.” So says Cocoa Camel founder Alex Davis, before continuing: “So we developed an application where the user can physically take back control from the candidates, and have some good-natured fun at their expense.”

Pick a candidate, select a musical style, and use the onscreen keyboard controls to create hilarious and danceable melodies from their actual words (with new videos being regularly added) — and all on-the-fly! Finally, share them instantly across social media with friends, family, political arch rivals, or armchair pundits. Played anything like this before? We don’t think so! So surely it’s time to ROCK THE NOTE… because every political party needs music!

ROCK THE NOTE! – Presidential Edition can be purchased and directly downloaded from the App Store for $0.99 USD from here.