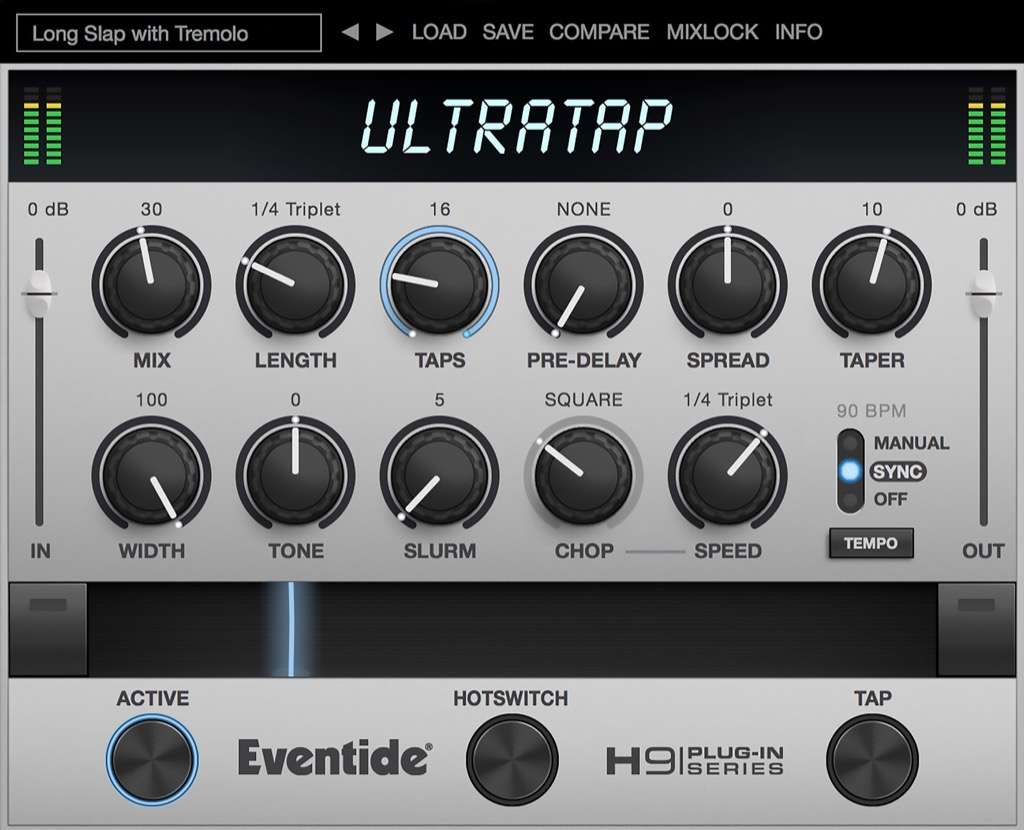 UltraTap is the perfect tool for creating drum fills, vocal choruses, swelling guitar chords, and other evolving effects — everything from reversed reverbs to a massed church choir singing Gregorian chants in Notre-Dame Cathedral!

Creatively, it is also optimized for live use; UltraTap’s unique HotSwitch and The Ribbon features facilitate programming any combination of the controls and seamlessly morphing from sound to sound.

Think of UltraTap as the mother of all Echoplexes and you won’t be too far off. That’s basically how it operates, but with the flexibility to add as many ‘tape-heads’ as you want and expressively control their positions and levels.

Pricing & Availability:
UltraTap is available (as an AAX/AU/VST plug-in for Mac OS X 10.7+ and Windows 7+) at an introductory price of $49.00 USD (rising to an MSRP of $79.00 USD thereafter) from Eventide dealers and its website.
A fully-functional 30-day demo version is available; UltraTap is also available as part of Eventide’s Ensemble Subscription bundle.