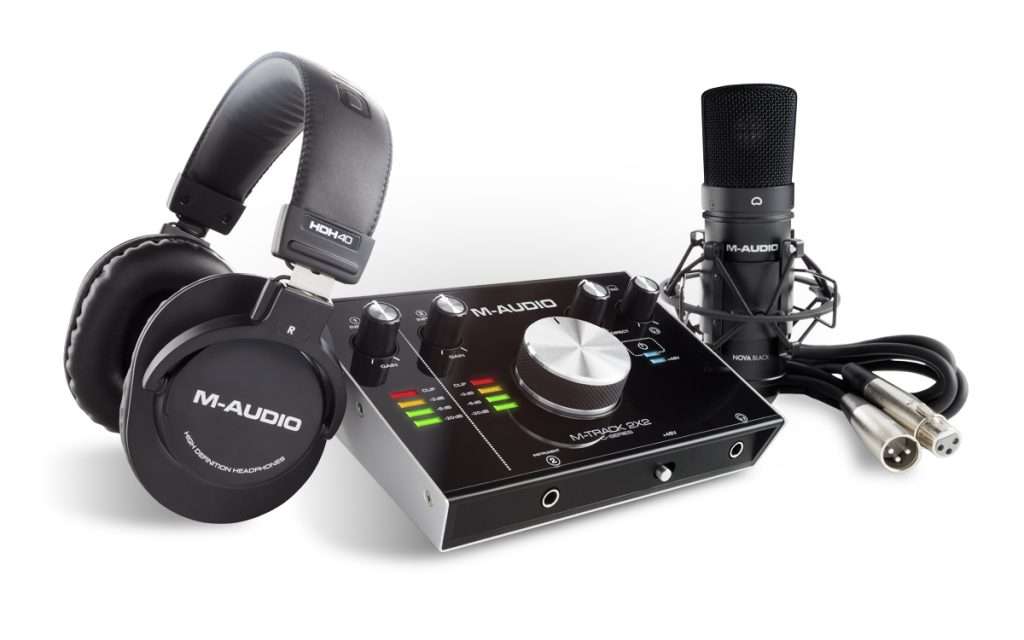 If you’re looking to get into music production, I can highly recommend this bundle…

Pros:
– The hardware is slick, looks really nice, and feels super solid
– Includes a great foundation of software to record and create sound with
– Ultra affordable!

Cons:
– None at this price

M-AUDIO have recently released the M-Track 2X2 Vocal Studio Pro, a new production bundle aimed squarely at singer songwriter/bedroom producers. The bundle covers all you need (aside from a computer) to get started recording and making music. 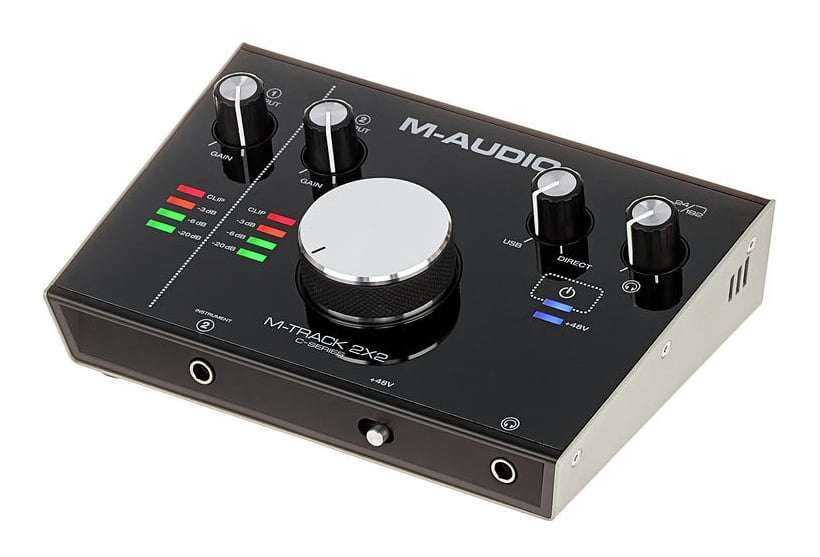 The M-track has already proven itself over the years, and this latest edition, released at the end of last year is no exception. The interface is a sturdy silver metal and black plastic construct – and with a nod to the style of other desktop interfaces on the market at the moment, is flat black top with inset brightly coloured LED lights showing audio level, 48v and whether the card is on or off. the 2×2 is, as the name suggests, a simultaneous 2 in 2 out interface, bus powered USB from your computer.

Interestingly there’s a USB-C cable included, showing that this box is set up for long future use without becoming redundant. The specs on the interface are great – low noise floor, new ‘Crystal’ preamps, improved conversion, and that’s exactly how stuff sounded when I recorded through it. You have XLR and TRS inputs, with 48V for using condenser mics.

Great clean recordings, with a fairly flat frequency response all round. No complaints there. The faceplate contains a large main output level knob, and gain knobs for both inputs.

There are a dedicated headphone amp and output, meaning you can get cracking with the bundled headphones before even thinking about buying monitors ( although I would recommend doing that sooner rather than later).

A standout to me is the USB/DIRECT knob. Latency is a royal pain. Whatever level you’re working at, from first-day-novice to hardened pro, that dreaded delay will rear its ugly head at some point. This knob is a very elegant way of working around it. When you’re recording your voice/guitar/synth, kick it all the way to ‘Direct’. You’ll hear your instrument and voice in time with any recorded music on the computer. When you’re playing back, kick it over to USB. Latency no longer an issue.

The Nova Black is a lovely little condenser mic. Condenser mics are the first foray into proper studio mics. They’re more sensitive than the mics you’ll see on the stage, and they typically pick up a lot more detail. As with the sound card, the Nova Black mic is solid feeling, and the sound quality doesn’t disappoint.

The frequency range is great and it doesn’t seem like there are any major bumps. You’ll have to be careful recording really quiet sounds, as the noise floor might show up on the recording, but if you’re singing and playing instruments you probably won’t have to worry about it. It’s great that it comes with all the trimmings of cable, shock mount, and pop shield, enabling you to get the best performance you can without worrying about bumps, pops and knocks. 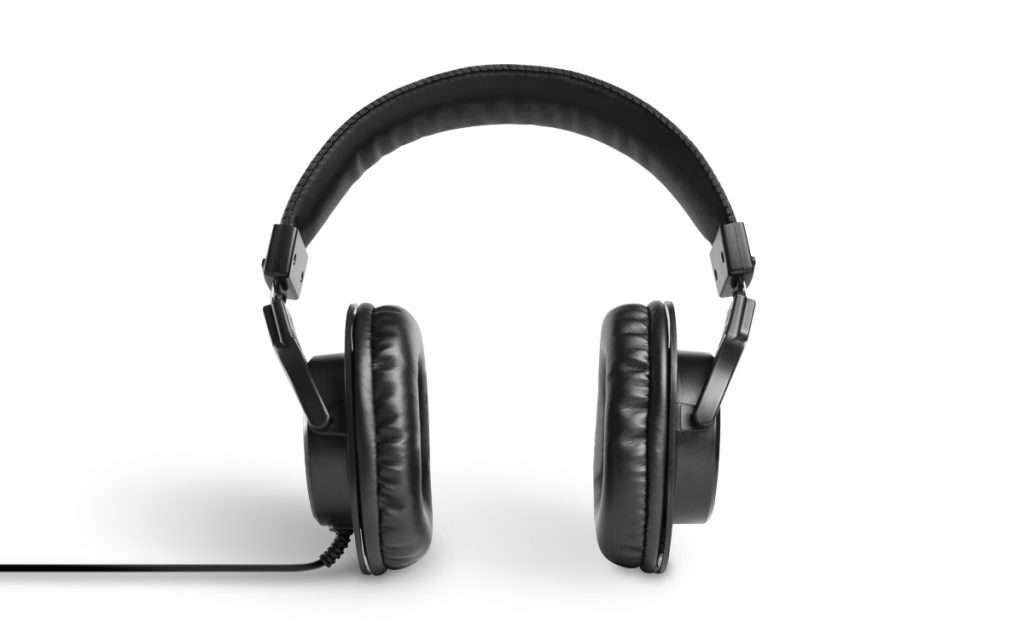 Headphones – The HDH40 headphones are the baby brother to the well-regarded HDH50’s, with a wide 15Hz – 22Khz response. The bass extension on them is extraordinary. They’re comfy and I could see them working well without getting too fatiguing on the earholes.

This is a fantastic collection that sets you up with a great foundation of software to record and create sound with. Cubase needs no intro – it’s a quality DAW to base your studio on. AIR make great soft libraries, and this covers all the elements to get you a sweet band backup to the songs you record. Strike covers the drums nicely, especially if you’re not a drummer. It enables you to create great human-sounding grooves that back up your track nicely. It comes loaded with 19 different kits, giving you plenty of options for the sound you’re looking for. The same goes for the 3 other libraries – piano, synth and FX. I liked the FX – simple, yet covering all the essential bases of reverb, delay, and EQ, as well as giving some cool creative plugins that you give you additional options to the fantastic set already available in Cubase. If you’re wanting to get serious using these libraries, and get more into production than songwriting, I would recommend buying a midi keyboard that will enable you to get a lot more out of the piano and synth plugins especially.

It’s been a long time since I owned or used any M-AUDIO gear. In terms of quality, this stuff is light years away from what I remember.
The hardware is slick, looks really nice, and feels and acts super solid. If you’re looking to get into music production, composing, or getting your songwriting ideas down in better quality than on your iPhone, I can highly recommend this bundle. You can get away with buying nothing else and having a great little setup.

With a couple more purchases (midi keyboard, mic stand, monitor speakers) you’ll have a fully fledged bedroom studio. And at the incredible cost of £169/€199/$199, it’s a fantastic place to start with a small budget.