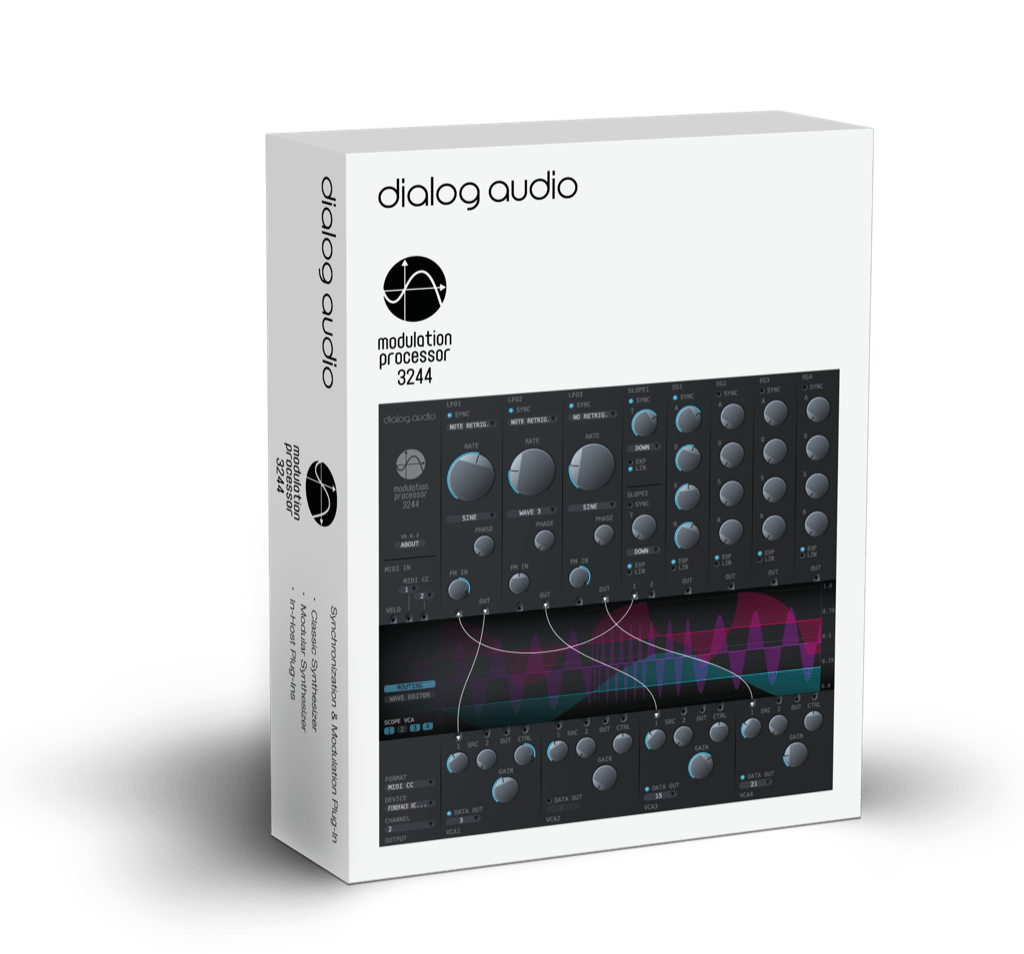 UPDATE: The plugin has reached version 2.0, check out all the improvements in our latest Modulation Processor 3244 feature.

What does it do?
As implied by name, the Modulation Processor 3244 plug-in provides three LFOs (Low Frequency Oscillators), two slope generators, and four envelope generators, all of which can be synchronised to the host application with the creative convenience that modern-day music-makers have come to expect from plug-ins.
Only Modulation Processor 3244 is quite unlike any other plug-in in existence, starting out as a novel way of fulfilling a very specific need.

“Needing to get a filter to modulate synchronised via SysEx from a host application was the basic idea behind its development,” divulges company founder Julian McDole.

Perfect timing
The timing of this product could not be better with analogue synthesizers proving popular as ever — more popular, perhaps, than ever even, thanks to the ever-expanding Eurorack universe of small-format modular system modules as well as numerous keyboards and desktop instruments on offer from current companies, both bigger and smaller. 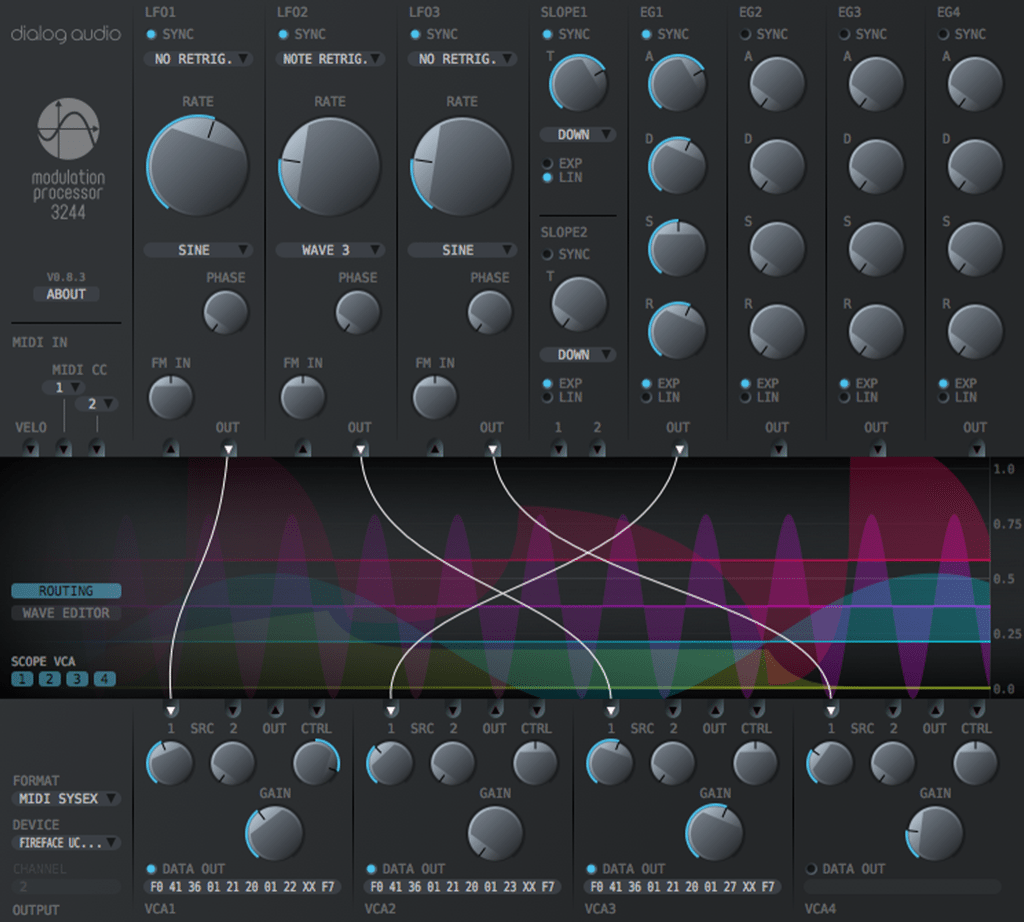 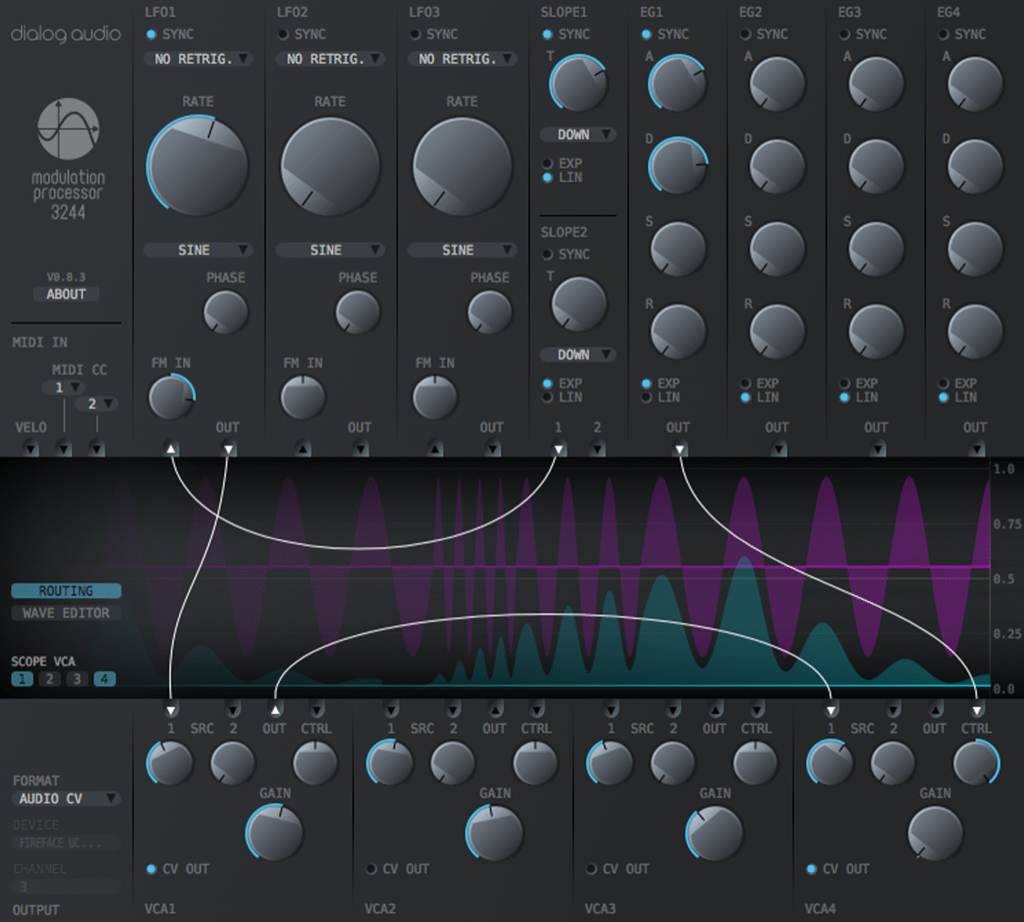 For Soft Synths Too!
Ultimately, owners of software-only setups need not feel left out of the picture for Modulation Processor 3244 can also be pressed into service to modulate soft synths and audio plug-ins within the host DAW to provide extended modulation possibilities.

Put it this way: whatever shape or form your preference for modulation may take, fortunately for everyone this plug-in’s GUI (Graphical User Interface) is as easy on the eye as it is easy to use… make modulation, not frustration!