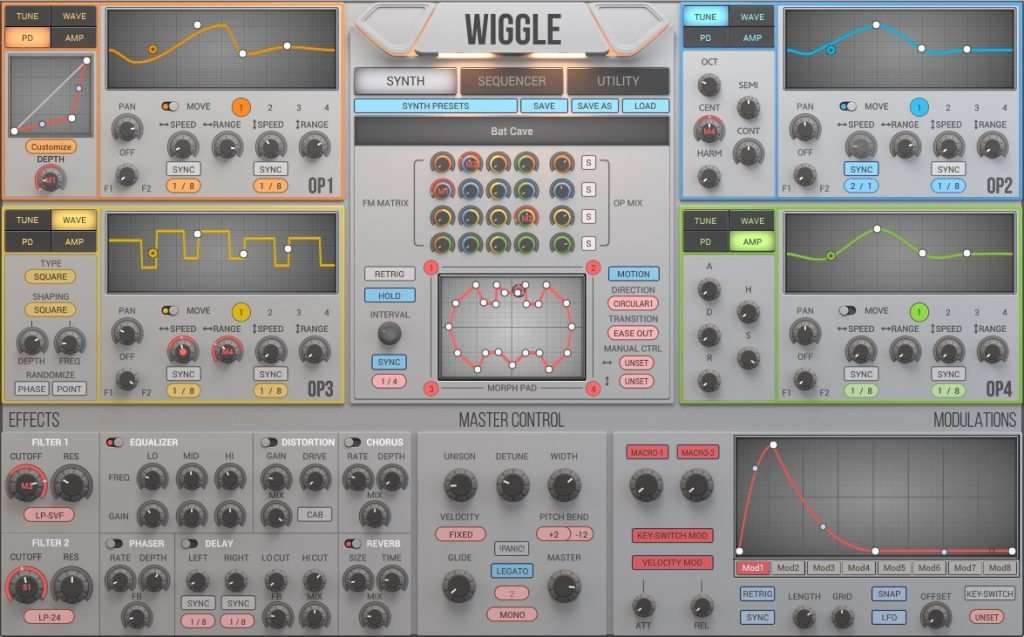 We live in a world where there’s no shortage of remarkable soft synths, but at ANR we’re always glad to introduce new companies that try to come up with interesting concepts.

This time, the new kids on the block are the guys from 2nd Sense, with their first synth plugin, WiGGLE.

WIGGLE was released a few weeks ago, after eight months of development and it boasts a distinctive dynamic waveshaping engine with four sound generators, some nifty features and an intuitive (Retina-ready) user interface.

• Expressive Sound – 4 powerful sound generators allow you to directly manipulate and automate the wavetable. Together with waveshaping, phase distortion and randomization tools, creating expressive sounds is effortless.
• Flexible Modulations – 8 free drawing LFO/Envelope and 4 specialized modulators can be drag-and-drop to control most of the synth parameters. Another 8 step-based modulators are also at your disposal.
• Powerful Morphing – Most of WIGGLE’s parameters can be captured as a “snapshot”. You can take up to 4 snapshots of the sound you’re working on and morph between them smoothly, either manually or automatically. It’s up to you to create subtle timbre variations or drastic transformation of sounds.
• Intuitive FM – The color-coded FM Matrix clearly shows the modulator/carrier relationship. All the parameters on the matrix can be modulated. It’s easy to add complexity and character to the sound. 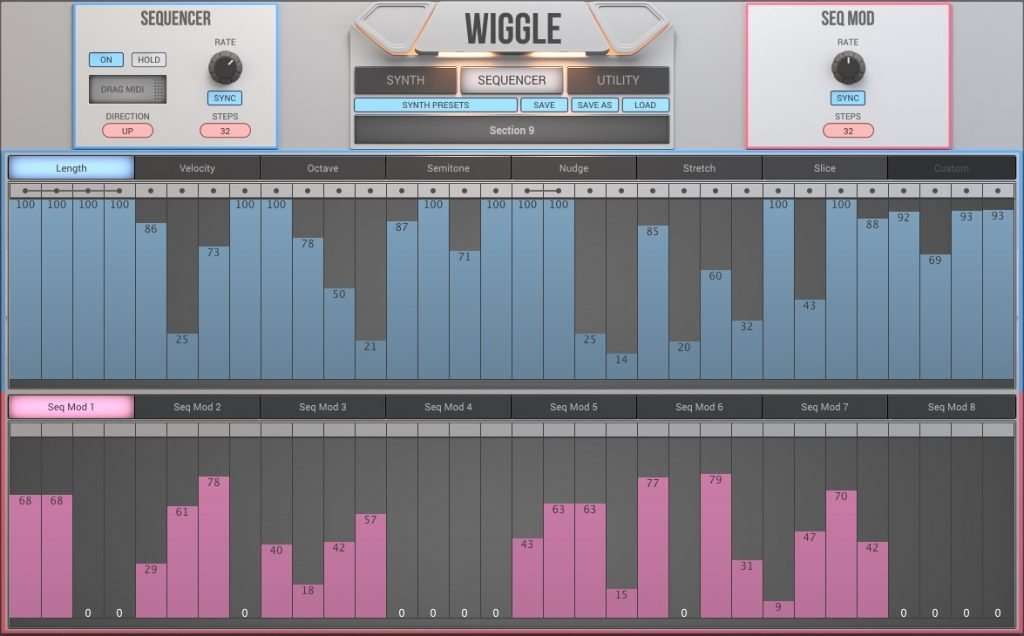 • Versatile Sequencer – WIGGLE’s step sequencer offers you detailed controls to arrange both musical and modulation patterns. The resulting musical pattern can be dragged into your DAW.
• Convenient Sampling – WIGGLE’s internal recording function allows you to quickly capture your sonic experimentation and drag the audio file to your DAW or desktop for further editing and archiving.

Check out the official trailer (all synth sounds are made with WIGGLE):

We’ll put WIGGLE through its paces soon, but considering this is the first release of a new company, I’m impressed by the number of inspiring features the developers have been able to pack in it: rich modulations, hands-on controls, morphing, patterns, built-in recorder, and the list could go on.

If you’re into analog-like sounds, WIGGLE won’t be your cup of tea; but if you’re not afraid of unabashedly digital sonic experimentations, download the trial version and give it a go!