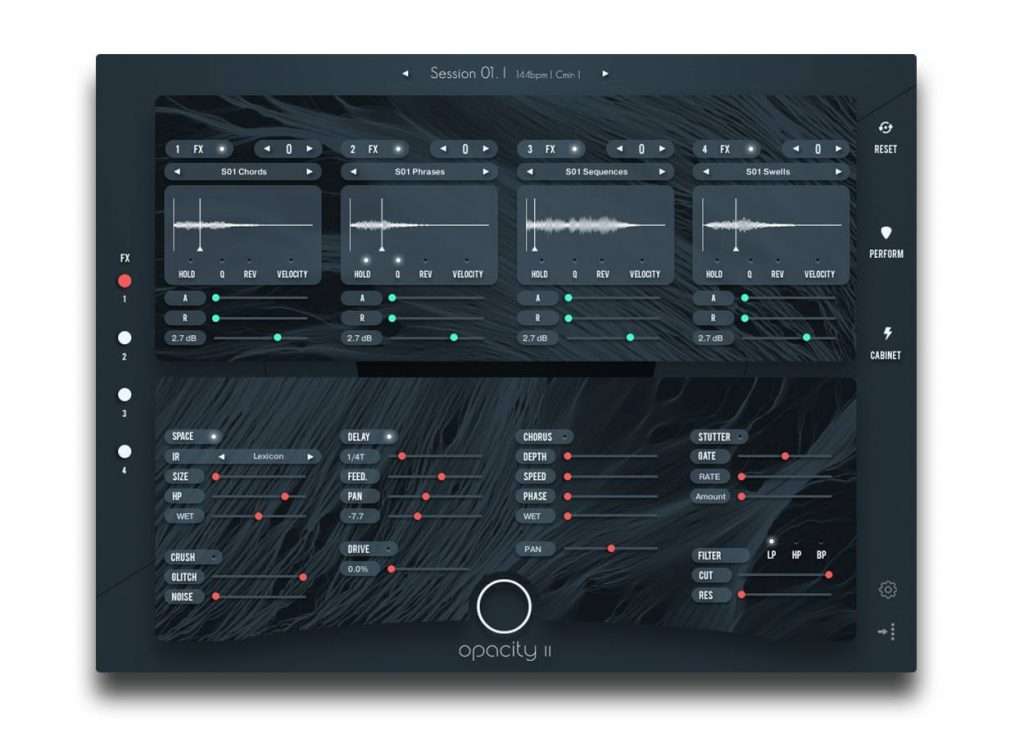 Audiomodern is a company with a quite versatile and peculiar catalogue, ranging from beat-oriented plugins (such as the brilliant Playbeat and Riffer) to film and game sound design instruments and sample packs.

They got in touch with us to announce the release of Opacity II, the updated version of their cinematic guitar tool. Created in collaboration with the Washington DC-based duo Terre Grande, Opacity II is collection of lush and inspiring six-string performances that “will work across Film, TV, Sound Design, Documentaries, Games, Film Trailers, Commercials and Contemporary Cinematic and Ambient music”.

I’m not a guitar player, and I’m usually not into “virtual guitar” libraries, but I have to say that the sounds I heard from Opacity II are really top-notch – the library does exactly what it says on the tin.

Also, the interface and the performance features make for a great user experience, which is a big plus in my book.

As you can see in the video below, the Audiomodern team has succeeded in striking a good balance between ease of use and customization options, something you don’t often see in instruments like these.

OPACITY runs in Kontakt or Free Kontakt player version 6.2.2 or higher. The instrument is available now for $79 (intro price, then $99).