As reported on the United States Patent and Trademark Office’s official website, Music Tribe (the holding created by Uli Behringer) has recently applied for the BEHRINGER OBERHEIM trademark.
The application, filed on August 18, 2020, contains also a placeholder logo, shown below:

The Music Tribe website has already added Oberheim’s original logo to the group’s brands, as you can see in this screenshot:

This is the latest chapter of the complicated story surrounding the Oberheim trademark. After the original company filed for bankruptcy, the name has been owned by Gibson since 1988 (and later licensed to Viscount, an Italian brand).
Last year, Gibson announced they would return the Oberheim brand and trademark back to its creator, Tom Oberheim, as a gesture of goodwill.

Behringer’s move is not really surprising. In the last couple of years, the company has been working on its Oberheim OB-Xa clone, called UB-Xa (shown in the video below). 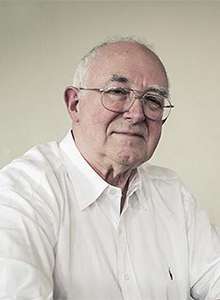 We can only assume the trademark application (which generally takes a few months) is the last step before seeing the iconic Oberheim name appearing on the first Behringer-made synthesizer.So far, Tom Oberheim hasn’t released any public statement on the matter.
We’re certainly not lawyers or trademark experts but we doubt he will try to ‘fight back’. The trademark hasn’t been in use for several years now, and Music Tribe is entitled to apply for it.
That said, we think it would be a nice gesture of goodwill if Music Tribe would compensate Tom Oberheim in some ways. Wishful thinking?

The trademark application can be found here.