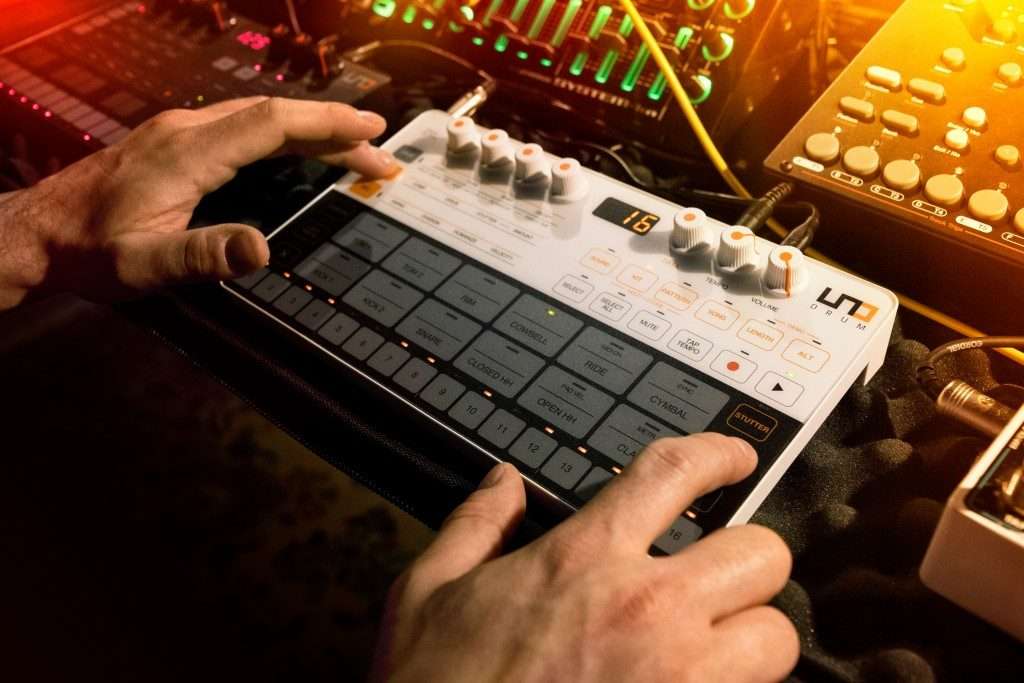 Designed in collaboration with those Italian Eurorack wizards at Soundmachines, IK Multimedia’s UNO Drum is an ultra-compact, affordable drum machine (same form factor as last year’s UNO Synth). It boasts a hybrid architecture (analog synthesis + samples) and some excellent performance-oriented features. I got one several months ago, but to be honest, I never got to spend some quality time with it. Until now, that is. I guess I should say thanks to the outbreak… 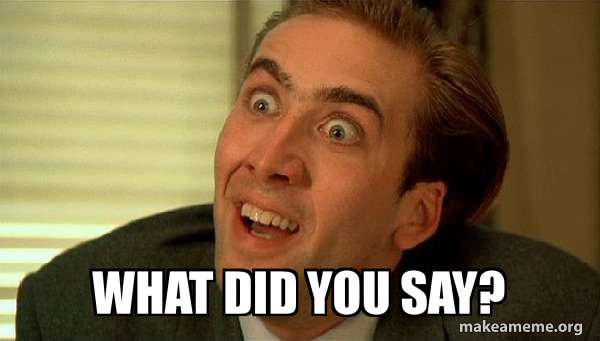 Now the thing is, you might have already read and heard several comments on UNO Drum. Some of these were not exactly positive, and their tone has somehow made me even more curious about this machine. There were complaints about build quality, design choices, noise/hum, sample quality, etc.

True? False? Well, after spending some time with UNO Drum, these are my findings… 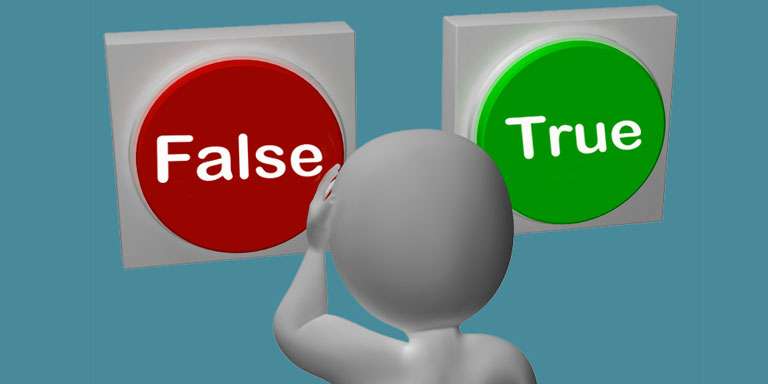 Debunking some of the negative comments I heard on this unit: true or false?

This is a problem often associated with USB-powered instruments. I’m not an engineer, and I won’t go into technical details here, but I can say that I didn’t experience any particular noise issue with UNO Drum when connected to a USB wall charger. When plugged into my powered USB hub, I get the usual hum I mentioned above, BUT I have to crank the volume up to be able to hear it. 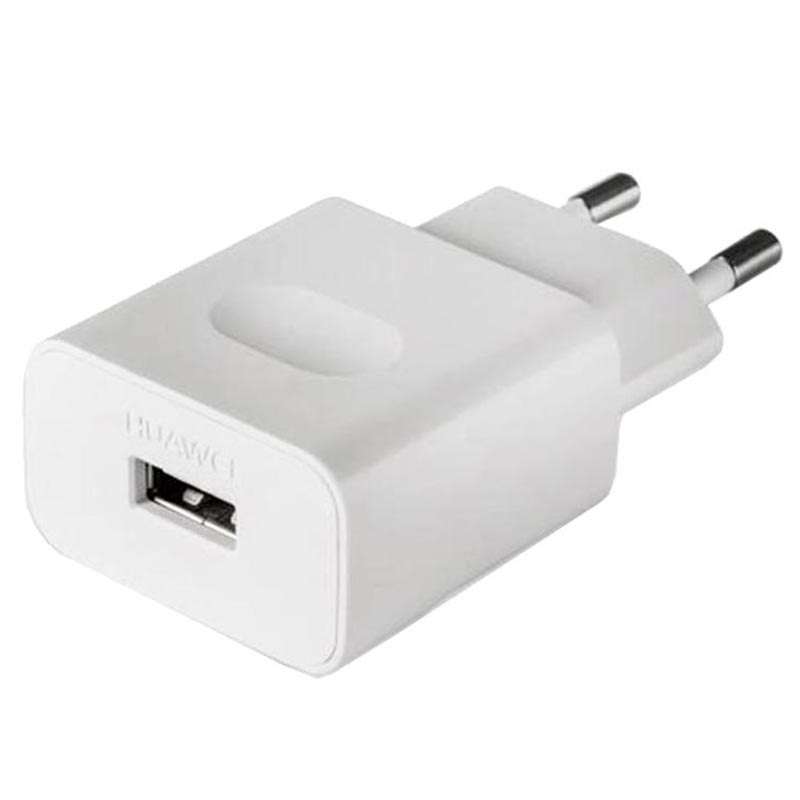 This wall charger is not the one I use, but you get the gist…

The bottom line is: if you are recording into your DAW, get a USB wall charger. Don’t obsess over this, though – even if you’re just using a hub, I doubt you’ll be able to notice that hum in the mix. The quality of your ideas and performance will always come first.

Sometimes companies rush things a bit when releasing a new product. This probably happened with UNO Drum too. The original firmware had some issues with decay noises, affecting both the analog and the sample engines.

Thankfully, IK Multimedia has come up with a couple of firmware updates, taking care of these issues. 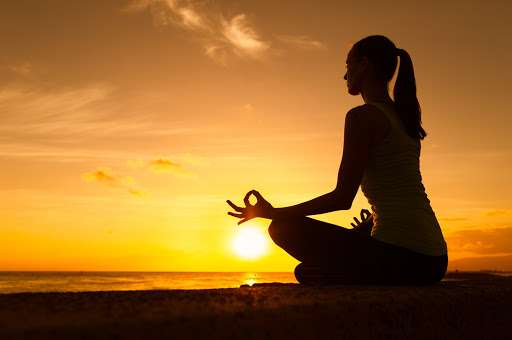 Patience is a virtue, also when it comes to firmware updates!

The bottom line is: when you buy a product, it should be flawless from day one. Unfortunately, shit happens, and patience is a virtue. The good thing is IK Multimedia came to the rescue and fixed the issues. Problem solved.

This is a tricky one. I find that some of these negative comments have a point. As I’ve already pointed out in the past, I’m not a big fan of IK Multimedia’s plastic-based industrial design. I find it gives their products a ‘cheap’ look, even when the underlying technology and features would deserve better. At the same time, it helps keep the costs down, so I guess it works for them (and for their average target).

Speaking of UNO Drum, I think it’s a solid unit with a few annoying design choices: 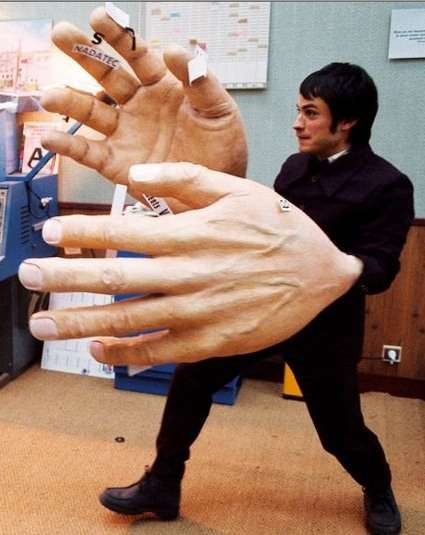 Big fingers? Houston, we have a problem…

The bottom line is: design-wise, IK Multimedia could have done better. Yet, things come at a cost…

Why It’s A Keeper (Hint: Get Those Free Anthology Libraries)

Despite these design flaws, I enjoyed my time with UNO Drum, and I think it’s a keeper. It’s straightforward to use (no menu diving), it has a warm lo-fi vibe (think 12-bit crunchiness), and some nifty features. I dig the Humanize parameter, the comp/drive, and the Elektron-inspired ‘parameter locks’, that make for nicely organic grooves. As a musician, these are qualities I appreciate in an instrument, albeit cheap and entry-level like this one. But there’s more.

IK Multimedia recently released the UNO Drum Anthology libraries, a free collection of sounds for UNO Drum users. These are ten new PCM sample libraries, drawn from 40 iconic drum machines spanning the history of drum machines (spanning approx. from the ’60s to the 21st century). Being a huge fan of many of those retro sound boxes (especially the odd ones), I was delighted to see this smorgasbord of sounds made available for free to UNO Drum users worldwide.

The Anthology libraries add a lot of value to the UNO Drum, with one, significant caveat. These libraries replace the factory PCM samples of UNO Drum, and you can only keep a set of samples at a time on the machine. No volatile memory on the machine, apparently. So, you can’t, for instance, mix and match samples from the factory set with some of the Anthology ones. Or use samples from different volumes of the Anthology libraries at the same time.

You can go back to the factory set, or switch to a different Anthology library, but you’ll have to upload them and lose what you had already loaded. A bit of a bummer, I hear you, but I’m happy that IK Multimedia gave us this option – the Anthology libraries add a lot of value to the instrument.

All in all, I found UNO Drum to be an inspiring little gem for both amateur and more experienced users. Cool sounds, instant gratification flow, some carefully-selected features, and a competitive price point (oh, it comes with a free sound editor too!). If I were still a teenager, I would literally jump on this, and it would be heaps of fun. Unfortunately, I’m much older, but I still think UNO Drum is a keeper. I wouldn’t probably pick it as my first and only drum machine, but it definitely has a place in a studio along with more powerful and expensive units.

That said, I would love to see a pro-oriented version, with higher specs, better hardware, multiple audio outs, etc. I think the work the IK & Soundmachines teams made on the sound engines would deserve it, but I’m not holding my breath. In the meantime, I’ll be happily banging some retro-flavoured beats on the UNO Drum!

You can learn more about UNO Drum on the IK Multimedia website.
If you’ve enjoyed this review, you can buy UNO Drum from Amazon. ANR will receive a tiny commission that will help us towards the costs of the website.