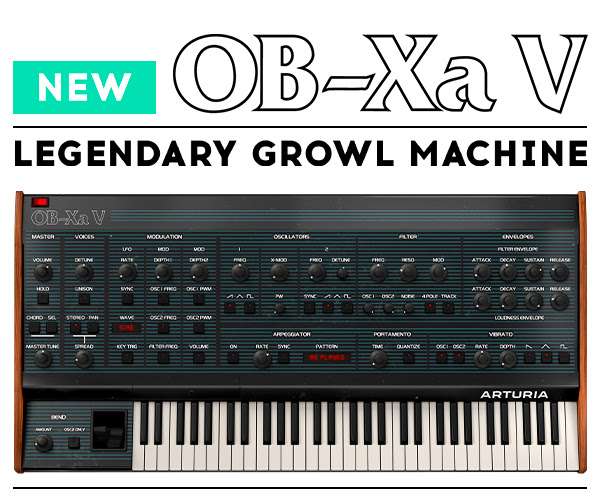 Surprise, surprise… Arturia has just released the OB-Xa V, a software instrument based on the iconic polyphonic synth OB-Xa (the original had up to 8 voices which could be split, layered and stored), enhanced with extra features as you would expect from a modern VST.

OB-Xa made music history on albums released by Prince, Billy Idol, Chaka Khan, and Bon Jovi, and is most recognizable for appearing on Van Halen’s biggest hit, ‘Jump’. Contemporary musicians by the likes of Flume, Chrome Sparks, Calvin Harris, and Venetian Snares have also incorporated its energetic potential to enter a new musical dimension. OB-Xa V is here to offer the iconic sound in all its glory while opening up the instrument to more complex and satisfying creations.

There have been other attempts at emulating the Oberheim beast, but according to the French team “OB-Xa V is the most ambitious recreation of OB-Xa on the market so far”. Behringer is supposed to come up with a hardware recreation, but you might go old in the meantime.

Ok, How Much?
Unfortunately, OB-Xa V is not a free upgrade for V Collection owners.
Arturia are offering a launch deal at 149€/$149 for a limited time. Arturia users who have registered their products are rewarded with personal offers (if you are a V Collection 6 owner, it’ll cost you $99, if you are V Collection 7, it should only be $49).

Learn more and get your copy here.