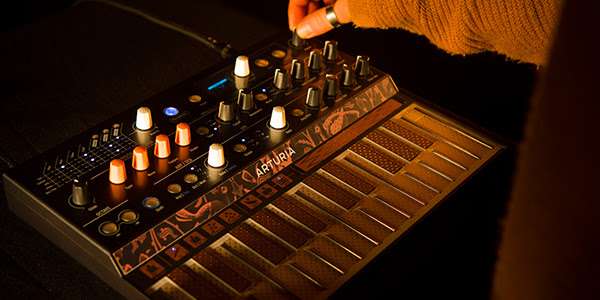 Analog is all the rage these days, but modern digital synths clearly have an edge when it comes to their core feature: being software-based, they can be updated and enhanced even long after their release. KORG is leading the way with their Multi-Engine technology (that allows users to load custom oscillator and effects plugins) but Arturia is not fooling around either. The French company has announced the 2.0 firmware update for their little yet powerful MicroFreak synthesizer, adding several exciting new features and functions, refining some existing ones, and fixing a few minor bugs.

MicroFreak users will be happy to know that they can now count on a new noise oscillator, which can come in handy to generate sharper, percussive sounds. Also, the update brings scale quantization and chord modes, two helpful new features for performers.

Let’s find out more about the new features and improvements.

To update your synth, simply connect it to your computer, load up the Arturia MIDI Control Center, and hit the “update” button for MicroFreak. To learn more, visit the official web page.