After decades of stagnation, keyboard players looking for new, expressive tools to make music are enjoying a new era. In the past few years, the ROLI Seaboard series and Roger Linn’s Linnstrument (just to mention two well-known products) have brought a breath of fresh air. Now it’s time for Expressive E and Haken Audio, two boutique innovative companies (Touché and Continuum, anyone?) to announce the results of more than seven years of work – Osmose, a new “Augmented Keyboard Synthesizer”.

According to the companies, Osmose​ elevates a player’s experience by introducing a new landscape of physical gestures for musicians to interact with sounds and produce music like they never have before. It does this while not only respecting, but also enhancing the player’s existing keyboard skills. Every note can be articulated independently with unique expressive possibilities, such as those seen in this Osmose gestures video:

A patented mechanism that delivers three dimensions of control on every single key makes these gestures possible. This new technology is named ​A.K.A.©​ ​ ​A​ugmented ​K​eyboard ​A​ction.

This Is A Synth, Not Just a Controller

I’ll be honest, on the market there are many interesting and even innovative controllers. As a musician though, I feel more inspired by all-in-one instruments. Osmose is an actual synth with a powerful engine, not just a unique controller (with support for MPE and MPE+ sounds, polyphonic aftertouch, a Multichannel MIDI mode, and global pitch bend controllable from every key).
This is actually the reason why Expressive E has partnered with Haken Audio – to integrate its EaganMatrix sound engine into Osmose. 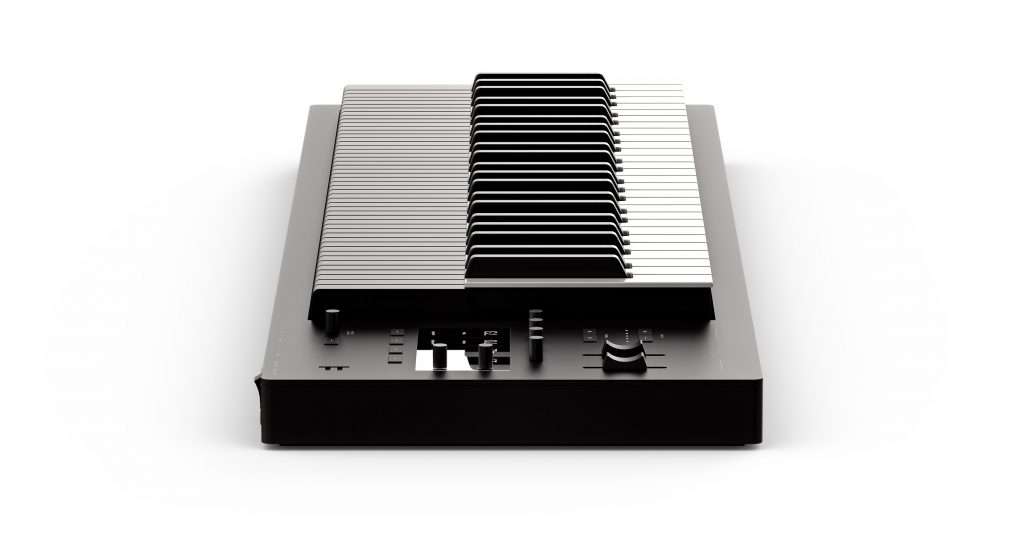 Built for instruments with continuously expressive gestures such as the Continuum Fingerboard, the EaganMatrix is the most powerful expressive synthesizer on the market. Its modular sound engine combines many types of digital synthesis, including physical modeling, additive, subtractive, FM, virtual analog, granular and spectral synthesis.

Here’s Osmose in the hands of some lucky artists that had a chance of testing the prototype (yep, Jordan Rudess is one of them, obv!).

Osmose’s large library of editable internal sounds are all tailor-made to take advantage of Osmose’s expressive ​A.K.A.©​ ​ technology​. The diverse sound set of highly detailed acoustic and electronic sounds, from raw synths to smooth organic textures, were carefully crafted to react to a player’s slightest movements. Each Osmose preset makes use of the keys’ three-dimensional sensitivity in a unique way to create effects such as strummed notes, vibrato, legato, layered dynamics and much more.

In addition to the A.K.A.©​ ​ expressive keys, one can radically change a sound’s timbre, texture, harmonics and effects directly and intuitively with Osmose’s front-panel macro controls. For the ultimate performance experience, the mod wheel and two continuous pedal inputs can also adjust the macros. The user can even adjust the sensitivity of the keyboard’s three control dimensions.

The $/€299 deposit will reserve a unit on the Osmose waiting list, and the remaining balance will be due when the product is available to deliver, estimated for the summer of 2020.