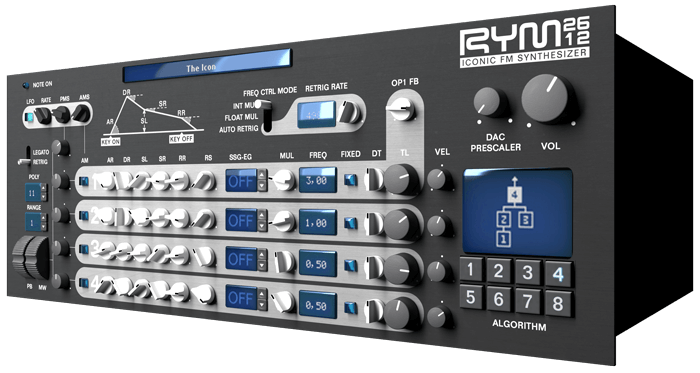 Inphonik announces the release of their RYM2612 Iconic FM Synthesizer in VST, Audio Unit and AAX formats, previously only available as a Rack Extension instrument.

This synth emulates the Yamaha YM2612 sound chip, best known as the music and sfx unit of the Sega Genesis/Megadrive 16-bit game console.

According to the developers, the RYM2612 features:

Price
49€ / 25€ intro price with the code INTRO2612 until September 30th. Visit the official web page to learn more and buy the plugin.