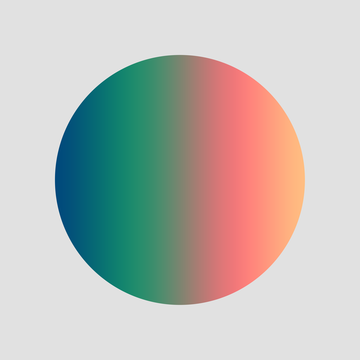 Slate & Ash are a a pair of composers Will Slater and Simon Ashdown, who seem to have their fingers in various musical pies, namely composing, sound design, and now VI makers also. They’ve worked with some heavy hitters in the film music industry, and this is reflected in the quality of sounds that emanate from AURAS; their first Kontakt sample library.

AURAS is a 9GB Kontakt instrument, (Requires 5.6.5 or higher). It consists of two sections; AURAS, and COLOURS. AURAS is the main library. The COLOURS section are the separate parts that are mixed together to create the AURA patches. The interface is clean and minimal. It’s not immediately obvious what’s what, but it doesn’t take long to figure out the different symbols, and as your mouse hovers over, it shows you what it is anyway in the info box at the bottom. There is also helpfully a quickstart manual.

Boy is it a super moody sounding instrument. S&A have described it as:

‘a sample library for NI Kontakt that explores the realm of musical sounds that are formless or undefinable in nature, encouraging exploration of texture and performance over sustained lengths of time’

The library sounds are slow moving, evocative and evolving. There are a lot of pad sounds and drones, with lush combinations of found sound, orchestral movement and synth texture. They all instantly catch the ear with the internal movement of the patches – the flickers, flutters, swells and scrapes. There’s not much fast moving, plucky or heavy sounding material – it’s all within a certain scope. Atmosphere creation, with attention to detail. And it’s brilliant at it.

If you want to move beyond the 60+ AURAS patches, you can go to the colours section, where you can drill down to use the separate sounds, of which there are over 100 patches. The sounds are divided into separate categories such as ’Noise and Texture’ or ‘Organic and Acoustic’. There’s not been much deep layered sampling, as the emphasis is on the performance aspect of the sounds, and how your playing evolves and moulds the sound. With that in mind, the entire library is scripted to work with MPE capable instruments such as ROLI. You can easily set up a more regular midi controller to map the various performance parameters, but I think it would more intuitive to use something like the ROLI.

There’s a cool effect modulation matrix within the COLOURS section, which allows you to send performance parameters, and other sources to 9 different effect options, such as filters, saturation, bit crush, delay reverb, etc; all the usual suspects. There are also global effects, filter and envelope. The global effects fit nicely in with the overarching direction of the sounds, with noise and pitch drift, for example, just adding to the movement and texture the sounds already created.

AURAS is about creating emotion from slow movement. The ambient set look up now! This is for you! The film score heritage shines through, as these patches would fit perfectly on a variety of scores. The added benefit to these patches is the obvious time that went into scripting the MPE capability, which gives this instrument a performance and playability edge that similar libraries just don’t have. Playing is essential in the world of music, and can be instrumental (no pun intended) in bringing life to sound. And the tactile qualities of this library are what win my heart.

I’m looking forward to seeing what they come up with next, as the sound of AURAS is right up my alley. Well done, Slate & Ash!

Auras is for sale here at £179. Well worth the investment!