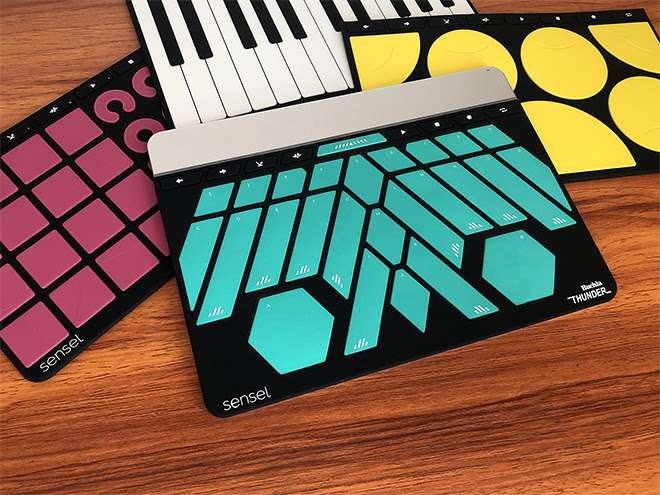 The Sensel Morph is an intriguing, adaptable, MPE-compatible multi-touch controller, using magnetically attached tactile overlays and the intuitive Sensel configuration app for bespoke integration with a wide range of music and other creative applications.

It outputs MIDI (with and without MPE), keystrokes, mouse movements and more, and recognises input by touch, sticks, pens, brushes or anything else you care to hit, press or stroke it with.

The California-based company has now announced the release of the Buchla Thunder Overlay for their acclaimed Morph controller, in collaboration with Buchla USA. 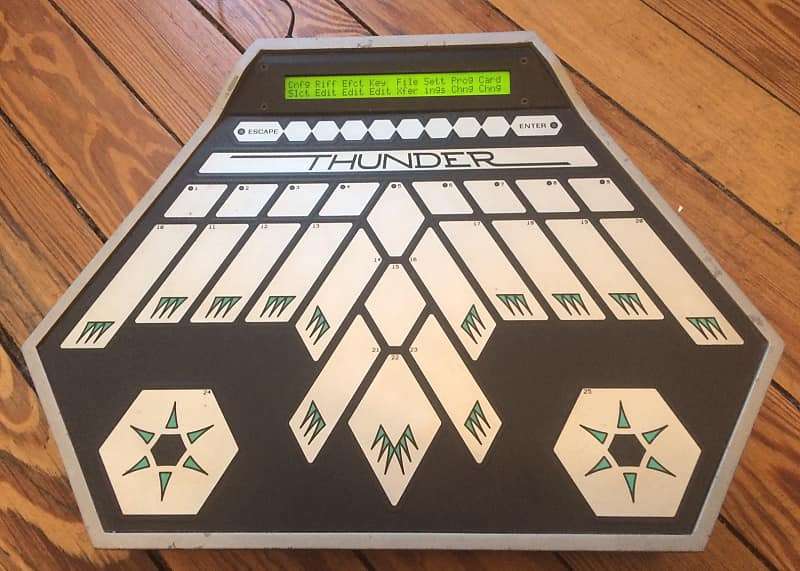 Inspired by Native American art and designed to feel perfectly comfortable under the hand, the Buchla Thunder generated polyphonic MIDI notes and CCs on multiple channels through the pressure and position of the user’s fingers on its 25 keys. The Thunder was admired as a high-concept alternative to the piano keyboard, but, with fewer than 100 built, it never found the popular adoption it deserved.

30 years later, the Buchla Thunder Overlay capitalizes on the Sensel Morph’s unparalleled force sensitivity, and the power of the MIDI Polyphonic Expression protocol (MPE), to replicate Don Buchla’s brilliantly ergonomic performance surface as a controller for any MPE-compatible software, including such big-hitters as Xfer Records Serum, Madrona Labs Aalto, FXpansion Strobe2 and Cypher2, Steinberg HALion and Synapse Audio The Legend.

With its naturalistic layout and feel, The Buchla Thunder Overlay doesn’t require any training or particular playing technique – just plug it in (or connect via Bluetooth) and let your hands and imagination go where they will. Each of the 27 ‘keys’ transmits a different note and responds to pressure and movement in every direction for MPE synths, enabling per-finger modulation of multiple simultaneous parameters. MPE compatibility is by no means a requirement, though, as the Buchla Thunder Overlay outputs regular MIDI CCs, too. It even works with modular setups, using compatible USB MIDI to CV converters.

The Buchla Thunder Overlay also introduces a new preset system to the Morph, with nine instantly switchable mappings stored in memory: hop from controlling your favourite synth to operating the faders of your DAW mixer, or change all note assignments at the touch of a button. The SenselApp, meanwhile, makes programming your own MPE and MIDI mappings – not to mention computer keyboard commands, mouse movements and HID data for gaming – a snap.

Particularly well-suited to complex, evolving synth patches and multisampled acoustic instruments, the Buchla Thunder Overlay is an inspiring and affordable entry point into the rapidly expanding world of MPE, and a deep, powerful general MIDI controller for any music software. It’s available now, priced $59 or bundled with the Sensel Morph for $269, and you can get hands-on with it at Moogfest in Durham, NC from April 25-28, MUTEK San Francisco from May 2-5, or Superbooth, Berlin from May 9-11.

Learn more on the Sensel Morph and stay tuned for our upcoming review.