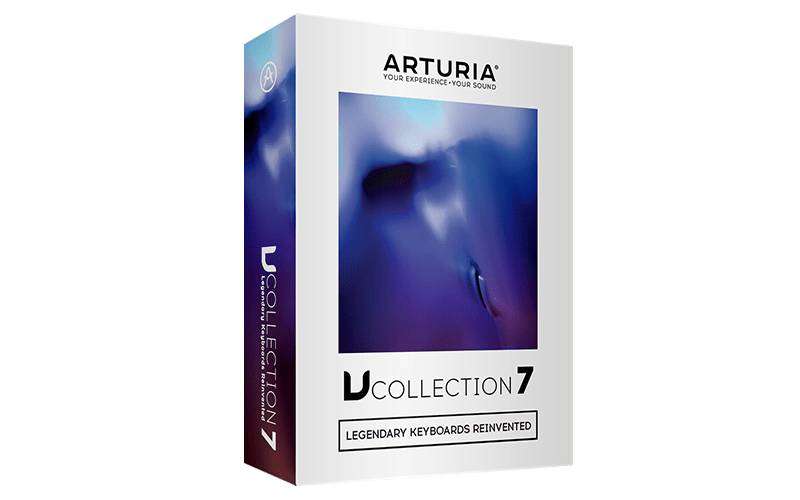 Over the last few years, Arturia have made giant leaps, moving into centre stage as a company at the cutting edge of music hard and soft technology. 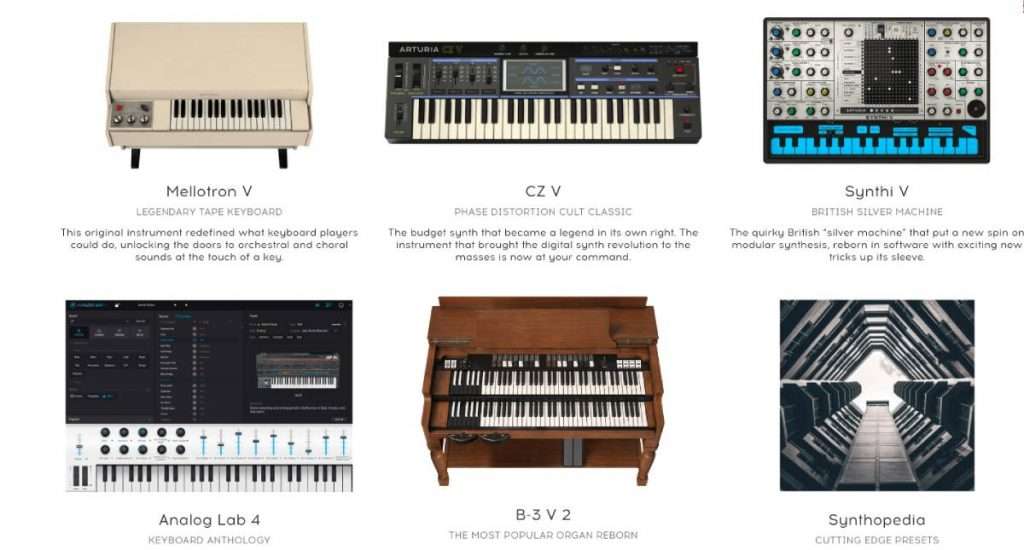 I’m most excited about this one. I’d love this piece of British synth history, but I think cost and availability means it will probably permanently elude my grasp.

Over the last couple years, I’ve really been getting excited about modular synthesis and being able to combine it efficiently into my composing setup. The Synthi provides a fresh look at that with its semi-modular matrix setup. The TAE modelling algorithm they use really makes the quirkiness of the Synthi come out, to me. Of course I have no way to compare it to the real thing, but the sounds I was creating with just a few clicks were really inspiring to me.

This is a really cool addition. Casio originally released these as a budget consumer synth. Based on phase distortion synthesis, it became wildly popular and sought after. I’ve never used one before, but I loved this software (I think it’s based on the CZ101?) Here’s a video of me using it in a track I’m currently writing.

This emulates the legendary Mellotron. The really cool element in this software however, is that aside from having the original tape samples in it, (so you can play Strawberry Fields to your heart’s content) you can add your own samples to the machine, so you can ‘mellotronise’ the sounds using the Arturia TAE software. That’s pretty exciting!

I use organ a lot in performance and writing, especially when we’re doing more rocky stuff. Arturia have revised the B3 from an already great sounding machine to an even better one. The FX pedals are updated, and the layout is less skeuomorphic, while still being representative. The sound though…. I haven’t come across software that emulates the organ better. Now I just need to find a decent drawbar controller.

There are also some updates to the Analog Labs software – Arturia’s answer to MainStage and Kore (remember that?) and SYNTHOPEDIA, over 800 brand new, modern sounds created for legacy V Collection instruments.

We’ll have a proper review on these instruments shortly, but in the meantime, listen to the videos above, and check out some more information here.

Whether you are totally new to Arturia, own some of their hardware or software instruments, or are already a V Collection user, Arturia have created exclusive introductory deals for everyone.