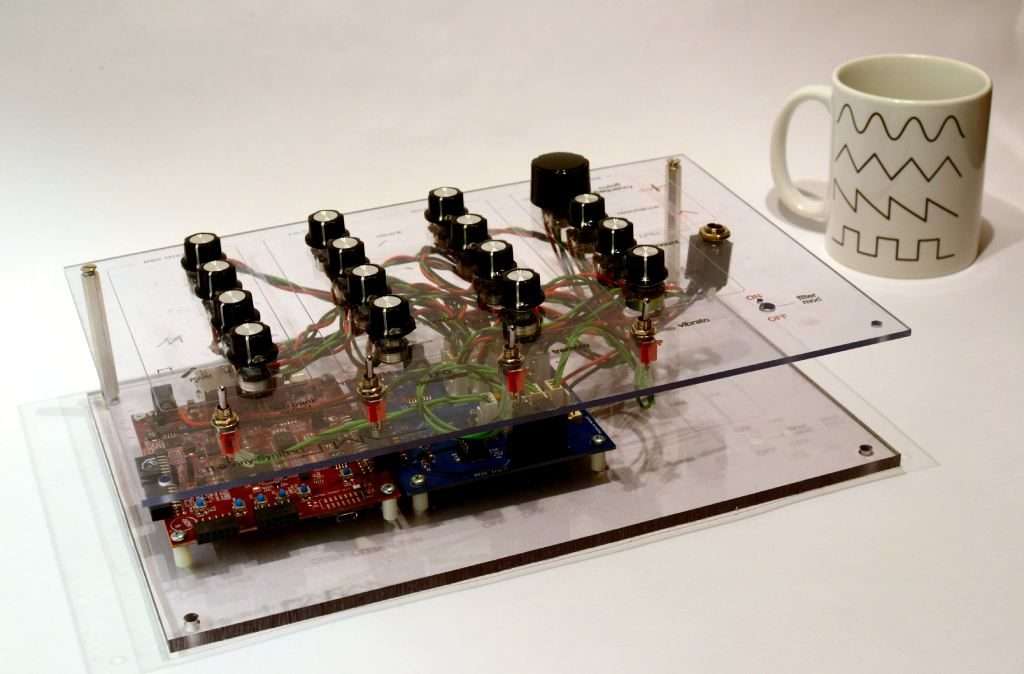 “The plan is to make a final version of the synth, including the FPGA circuitry on the board”

Matteo di Cosmo is an Italian engineer working at CERN in Geneva – yep, that place where they host the world’s largest scientific instrument. You might wonder, what the CERN has to do with music and music technology? Well, it turns out Matteo is an electronic musician at heart. In his school years, he started modifying keyboards, building amplifiers and his dream was to build a synthesizer.

About one year ago he actually started building a synthesizer using an innovative technology (FPGA) that he uses in his daily work at Cern. He called it “The Tiny Synth” since it measures only 10cmx10cm (approx. 4 by 4-inch).

He was quite impressed by the quality of the sound of his Tiny Synth. His initial idea was to use it during his DJ sets to generate random sounds, but he eventually decided to challenge himself with a new project: creating an experimental music EP using exclusively sounds generated by the Tiny Synth.

The added value of such a project (as often mentioned in our One Synth, One Song series) lies on the idea of using a unique synth providing a limited amount of resources for sound generation. This allowed Matteo to have full control on the sound synthesis and know exactly what was going on when he was interacting with the instrument. 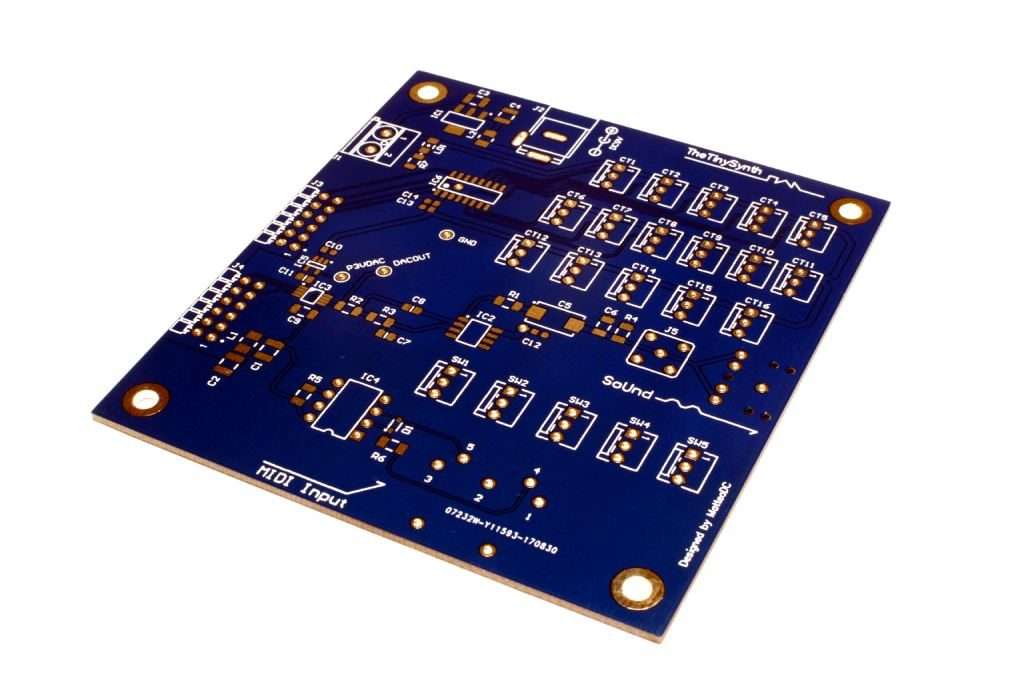 The Tiny Synth At A Glance

If you’re curious, here are the features of The Tiny Synth:

Basically, it’s a subtractive synth (even though the maker says in the future, he would also like to explore FM synthesis…). Every voice consists of 8 oscillators, two ADSRs for output amplifier and filter envelope plus an SVF (State variable Filter) at the output with resonance and frequency control. The output can be modulated in amplitude and frequency.

The Technology Behind The Tiny Synth

We asked Matteo to tell us more about the technology behind his Tiny Synth, and how FPGAs apply to both his engineering work at CERN and his synthesizer project.

Matteo: “Nowadays FPGAs are widely used in the electronics industry. They offer high performance and features when compared to other technologies such as Microcontrollers. Examples of their use include audio and video processing, control and acquisition, medical images, cryptography, communication and many more. At CERN, FPGAs are used for many applications. In my group, we use them for the control of power converters, critical application to keep the particles inside the desired orbit and to control the beam dynamics.

How can this be applied to generate music? FPGAs are fully configurable, therefore they can be used exactly in the same way to generate sounds. And since I always wanted to build a synth, that’s exactly what I have done. I reused some previously developed blocks, slow them down (music application does not require high speeds), developed and added the blocks for sound generation and the result was a very small synth.

So, how does this Tiny Synth sound? As said, Matteo used it for Synthworks, “an exploration of subtractive sound synthesis”.  You can find the EP on Bandcamp and Soundcloud.

Thanks to the synth’s full compliance with the MIDI protocol, Synthworks was composed using a DAW as a sequencer to record multitrack sequences previously programmed using a controller keyboard. Since no presets were available, the individual tracks were recorded on the fly and processed at a later stage. The only external effects used were Eq and Delay.