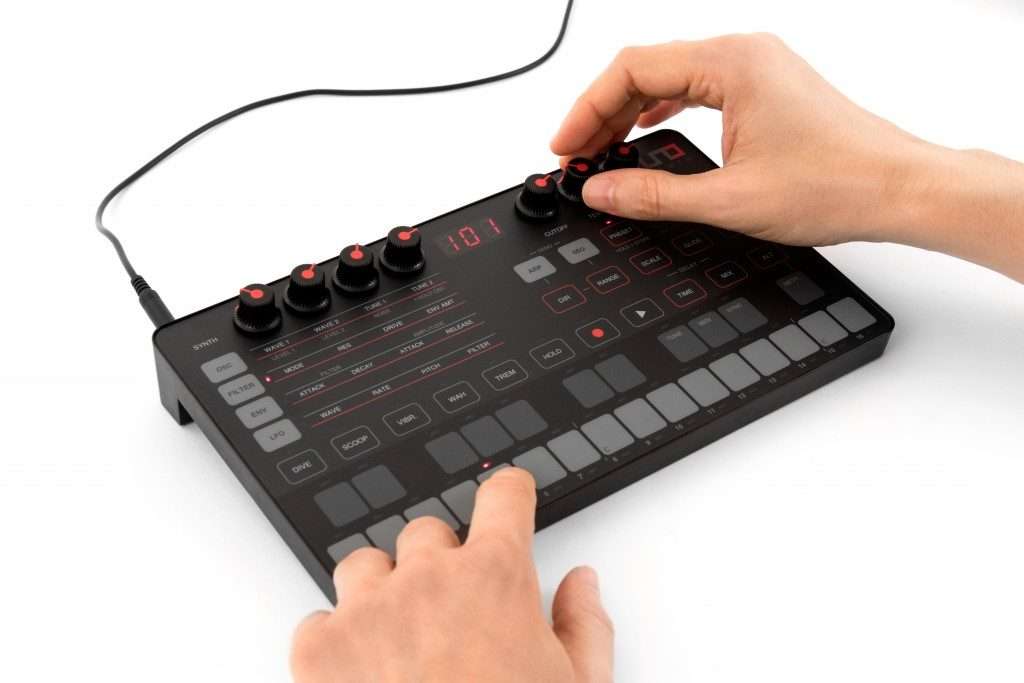 UNO Synth is a fun, super portable instrument, an ideal tool for anyone wanting to start exploring the magic world of synthesis. More advanced users shouldn’t write it off though: it can also be a nice travel-friendly partner, and even find its place in the studio or on stage.

UNO Synth is an affordable, ultra-light (and battery powered, 3 AA batteries) analog mono synthesizer from IK Multimedia, created in collaboration with those Eurorack-wizards at Soundmachines (see also our interview with Soundmachines). UNO Synth comes with features such as preset memory, a sequencer, an arpeggiator, and a delay. All this for the price of a plugin ($199!). It’s a good time to be a synth head, huh?

We’ve spent these past few days putting UNO Synth through its paces, so hopefully, if you’re still on the fence you might find this review helpful.

UNO Synth offers a simple architecture (2 VCO, Noise generator, 1 VCF, 1 VCA, 2 EG, 1 LFO) and a slightly unusual yet straightforward matrix interface. It’s not one of those ‘one knob per function’ kind of synths, but the simple architecture makes for an easy programming experience. And unlike most analog synths, here you can actually save your presets, which is a nice plus.

The synth can be powered via USB or batteries, as already mentioned. The audio output and MIDI input and output ports are both mini. Adapter cables for the MIDI ports are included, but as for the audio output, I wish they opted for a regular (6,3mm/1/4″) size connection. Not a big deal, in any case.

Music speaks louder than words, so I’ve created a couple of YouTube clips to demonstrate some of the sounds this synth is capable of.

For this first (sort of chillwave-inspired) track, I’ve used a mix of internal and external sequences. I have connected and synced UNO Synth to an Elektron Digitakt, that provided a simple beat and fed UNO Synth with some MIDI sequences). In the description of the video on YouTube, you can learn more about the sound processing tools used for this track.

The video below is a much simpler affair, no external processing, just raw UNO Synth power. I was just playing with some techno/acid sequences and I thought it would be worth sharing the result.

So, how does it sound? Personally, the filter and the oscillators sound lovely and you can easily conjure some fat, almost unison-like sounds (try playing with the Drive and Resonance parameters for some extra kick).

I’m all for quirky synth sounds, so I would have liked UNO to have a more character-rich delay (Dreadbox Erebus, anyone?) – I guess the IK team wanted to play a bit safer on this – fair enough.

Worth knowing: the synth performs an automatic calibration (it takes approx. 20 seconds) at startup and when the engine is inactive. You might notice a low background noise during this process, well, it’s expected so don’t worry, your synth is fine. I wonder if the engineers could find a way to silence the output during this time…

Speaking of the synth engine, despite the simple signal structure, you can create a good range of sounds with UNO Synth, from clean leads to squelchy bass to percussive hits and weird noises. Also, by detuning the two oscillators you can easily achieve pad-like sounds (it’s not the same thing I know, but sometimes it does the job).

Does UNO Synth feel limited? Sure, and it would be nice to have extra features like oscillator sync, cross-modulation, etc. but I really liked this synth the way it is and I believe its features/price ratio is a necessary trade-off.

Plus, as we often say here at ANR, limitations can actually be a great source of inspiration, because you’re forced to be more creative. I’ve probably done more with UNO Synth in a few days than with more powerful (and expensive) instruments I have lying around the studio. 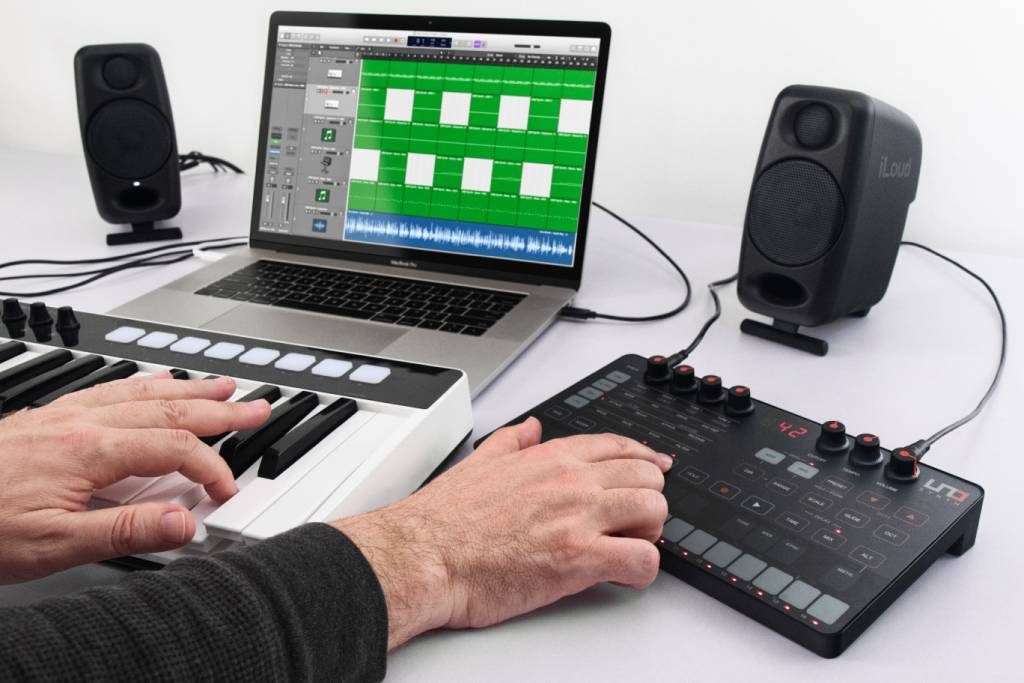 The ‘keys’ are nicely responsive (they’re velocity sensitive – FYI: despite reminding me of the good old Sinclar ZX81, UNO Synth does not use membrane keys but rather capsense touch sensitive technology).
You won’t be able to play a guitar-like solo (there’s Roli for that anyway!!), but I find these keys much more usable than those on the Volca series. I also appreciated the fact IK Multimedia added a Scale feature (with 15 different scales, including Japanese and South-East Asian). 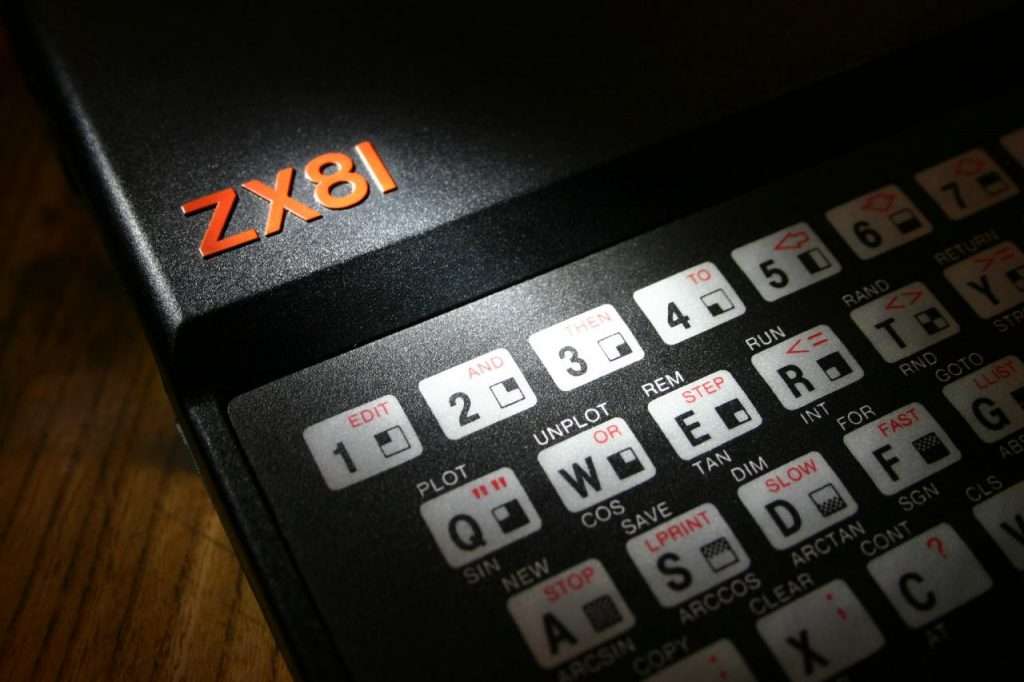 The 16-step sequencer offers parameter automation (you can live-record or step-record a number of parameter tweaks) but it doesn’t have any pattern chain option (or song mode).

Also, at the time of writing it’s not possible to transpose the sequence (not even from external MIDI controllers – I’ve tried with a Keystep). Hopefully, a future firmware update will add this possibility, we’ve already sent our feature request to the team. The Range button allows you to shorten the sequence (if the Buchla Music Easel can do wonders with only 5 steps, you can give it a try!).

UNO Synth comes with a free editor for Mac, Windows and iOS. A nice touch, considering that for many other synths you’ll have to fork out some extra bucks to buy third-party applications.
The UNO editor allows you complete control of the machine (including some parameters not available on the actual synth) in a very intuitive way, and you can obviously backup the patches on your computer or iOS device. Well done, IK team. 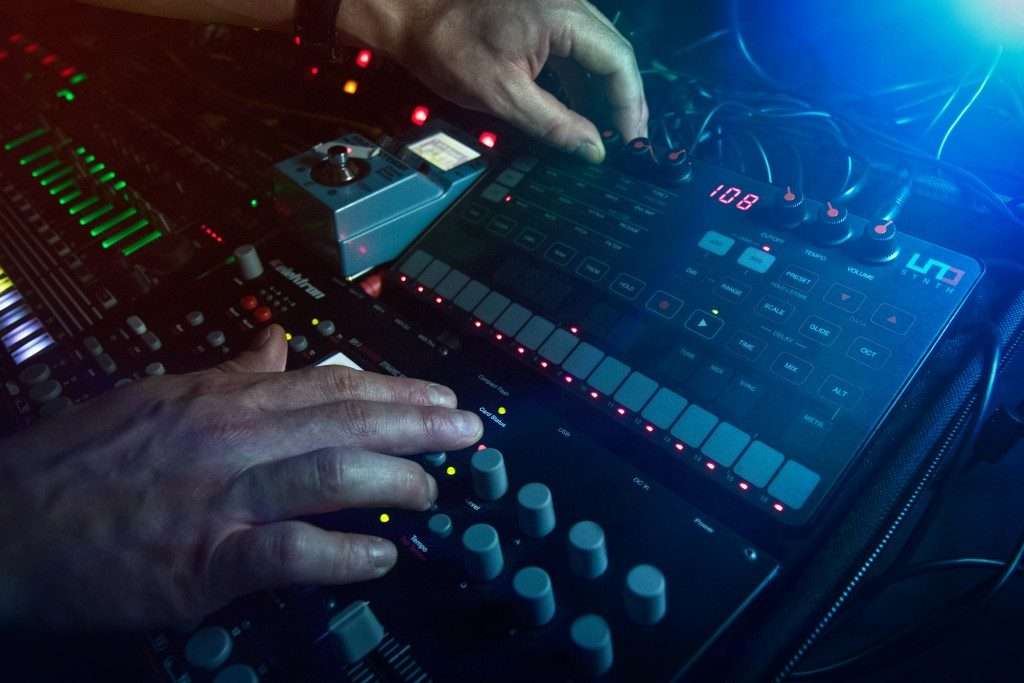 I found UNO Synth a fun, super portable instrument, an ideal tool for anyone wanting to start exploring the magic world of (analog) synthesis. It has its limitations but it sounds really good and you can make music with it right away, thanks to its keyboard, arpeggiator, and sequencer. Honestly, it’s way more fun than a plugin and it costs less than many of them. Just don’t spill coffee on it, if you’re taking it to your favorite cafe for a quick session.

More advanced users shouldn’t write it off though: UNO Synth can also be a nice travel-friendly partner, and even find its place in the studio or on stage. Now the question is, will we see more from IK Multimedia and Soundmachines, possibly with more hands-on controls?