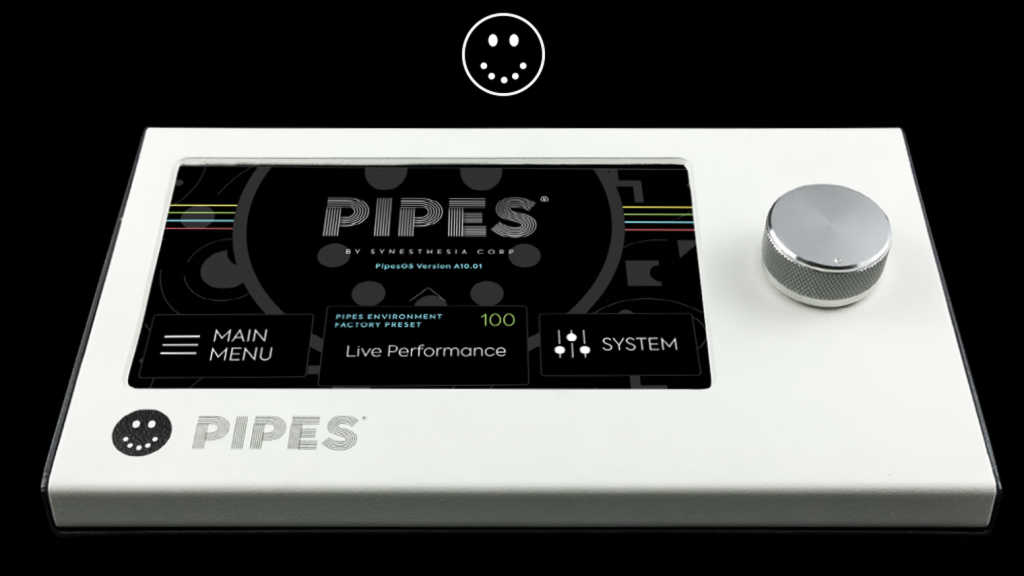 There’s a new, interesting music creation product on Kickstarter these days, and the good news is that the campaign is already a big success. Pipes, created by Synesthesia Corporation, is a powerful sample player/instrument/audio device (48khz, 24bit, 64 voices) for users on stage and in studio.

The product, currently available via a pre-launch offering on Kickstarter, is the culmination of years of research and development. It combines capabilities traditionally siloed between MIDI input devices and production software on computers and workstations to create a singular device for studio and stage.

According to the company (whose members are also the minds behind respected music creation products such as the D-Beam, Mandala Drum and Eyris), Pipes uses groundbreaking core technology to out-horsepower laptops, outperform samplers, and get better over time. It offers the convenience of a touchscreen tablet-style interface, the flexibility of an open-source software platform, and durability for a lifetime of onstage or studio use. 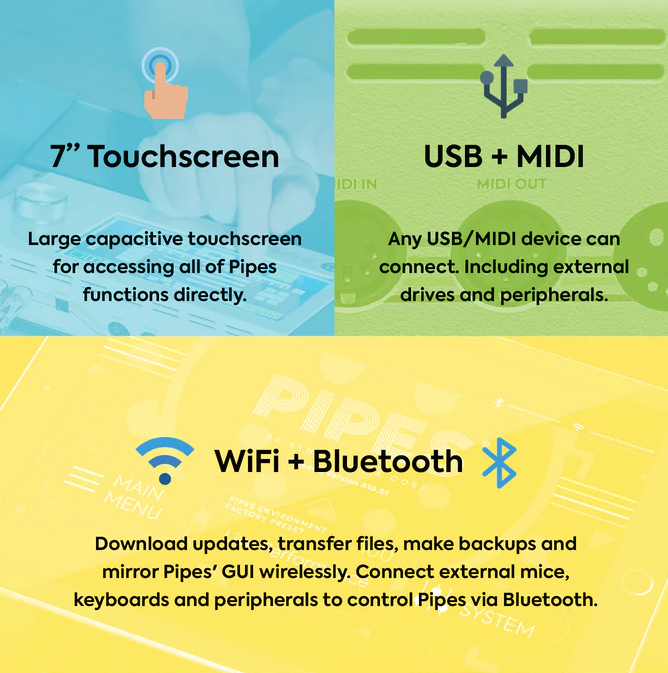 “I created this for musicians of any skill level or experience,” said Vince De Franco, Founder at Synesthesia Corp. “We believe creators deserve a powerful instrument they can use immediately in any environment. We don’t plan to release a new version every few years. Instead, we hope users take advantage of free lifetime software updates and use their Pipes for many years to come.”

Pipes offers a large onboard library of pristine, original, high-quality instruments, loops, and sounds. It also allows musicians to import, manipulate, and play their own samples (Pipes is compatible with all major formats). Parallel Access Zero Discernible Latency Technology means the entire library is always loaded and ready to play.

Some Doubts
On paper, Pipes looks like a very powerful tool with great specs, a reasonable price tag, and an appealing design (3 USB ports, MIDI… AND it’s also MPE-compatible!)

That said, I have some doubts about its convenience/usability in a live performance context. I’m not sure a device with only one knob (albeit big) and a 7″ touchscreen is really the easiest/most reliable solution for a musician. I mean, if I have to ditch the laptop or the iPad (and their 10″ to 15″ screens), I would probably like to use something with more tactile controls.

I hope Pipes proves me wrong though, and I look forward to putting it through its paces once it’s out in the wild.