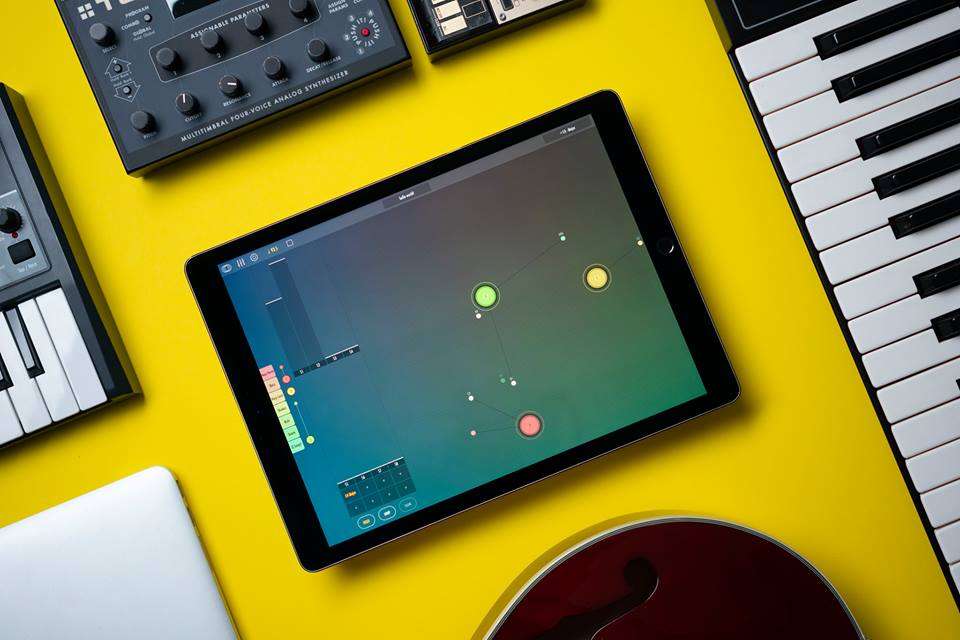 Gestrument Pro, the new version of one of the most popular iOS music apps (the original Gestrument was released in 2012), is a unique piece of software created by a composer, for the purpose of aiding with composition. Gestrument Pro provides up to 16 different compositional engines (Or as the guys behind Gestrument call them: Interactive generative musical systems) controlled initially by up to 8 cursors on an XY pad.

Generative music is a fairly modern composition technique. First coined by Brian Eno, the term originally described music that is always evolving, created by a system. Check out THIS phenomenal website outlining the beginnings of generative music.

It’s changed somewhat since then – and with the advance of technology, using algorithmic computing to create music is a well-established niche of composition. As you might guess, Gestrument involves creating music from user gesture, which is then controlled and de-randomised using a system of rules and structure that you can decide the strength of. The rules cover note selection, tone timbre, timing, all the elements of music creation really.

Slick Is The Word

Gestrument Pro’s UI is super slick. It’s mainly the large XY pad with the cursors (coloured circles) on, with an indicator down the left hand side of how many instruments you have loaded up. For each cursor you can select from a wide variety of inbuilt sounds.

As well as the usual suspects of synth pads, pianos, drums and basses, there’s a very useable selection of orchestral tones – a nod to the previous Gestrument, which was aimed more at orchestral music. Considering the app size is 342mb I was very impressed with the amount of sounds available.

The gestures trigger notes that occur at a user defined rate dependent on your position along the X axis. (To the left 1/1, to the right, faster. ) and the note range is low to high represented low to high on the Y axis. The notes selected to play can be globally or individually reined in from full chromatic to a wide variety of different scale choices, from western church modes to microtonal ragas. A wide variety! 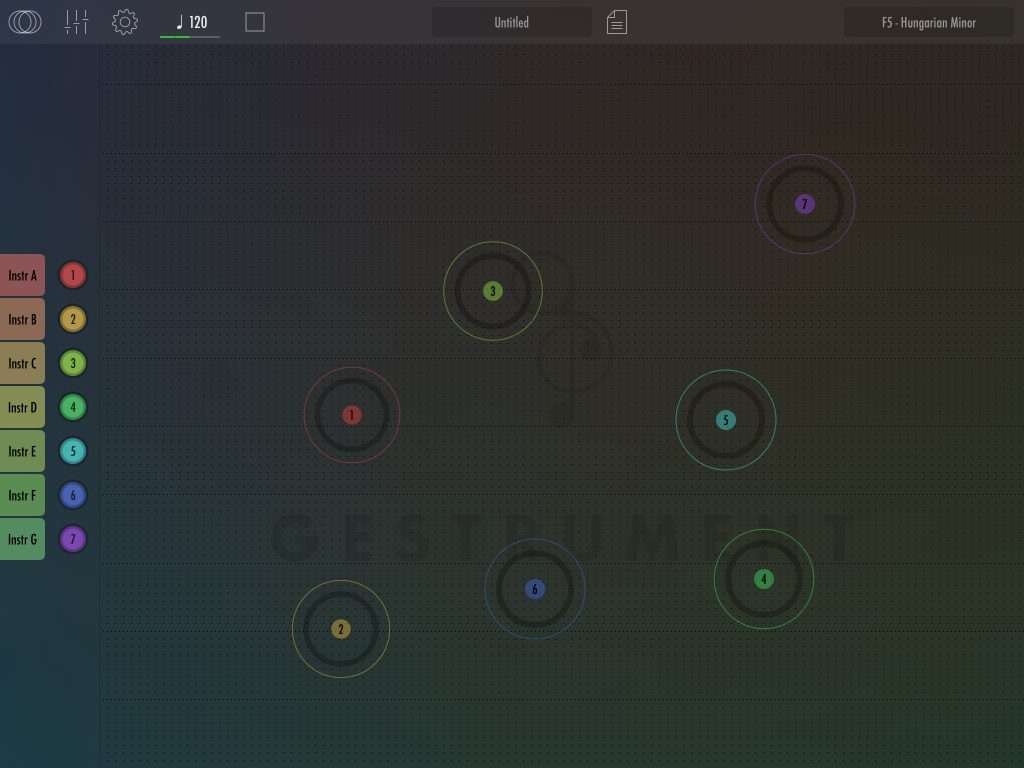 Gestrument is quite easy to get stuck into straight away – there are some useful info bubbles that pop up with first use – pointing you in the direction you need to go to get a general idea of what’s going on. The little Jam in this video was made literally 15 minutes after downloading the software. It’s not the best music, admittedly, but I was surprised at just how intuitive it was to get my head around the setup.

Once you’ve created a node (cursor, compositional engine, whatever you want to call it) a long press opens up all the options available for that instrument. You can select what sound you want to use, or midi channel. You can choose whether to loop the gesture you create, or hold the note so it continues playing a pattern based on the note you’re resting on.

There’s a rhythm generator to create step based patterns or gestural pulses with control over pauses in the movement, legato, transposition within the chosen scale, and so on. There are a choice selection of effects for each sound – pan, reverb, distortion, and the nebulous ‘modulation’ that was not available to all instruments.

To me a real strength of this software is the MIDI control either directly (open Animoog’s MIDI prefs, for example, and Gestrument Pro is there as a potential MIDI input signal) or for multiple instruments over an open network session.

It took a little finagling with MIDI channels, but I was able to get several apps playing at once, all controlled by Gestrument Pro. Being able to utilise Network session means you can control instruments on your DAW directly with the app through the audio midi prefs on your Mac. That’s really useful! There’s some control over a few choice CC numbers also. Needless to say, you can also use Gestrument Pro to control hardware MIDI synths (keep an eye on our Instagram, we might have stuff for you there about this!).

Clicking the slider button at the top left of the UI pushes the XY pad across to open up a window with 8 assignable control sliders, that you can assign to a large range of different parameters, either for any of the instruments, or, more excitingly for me, for any MIDI channel and CC number. That opens up the power of controlling other instruments immensely.

Interestingly, you can loop the movements you make with the sliders, just as you can loop the gestures of the cursors. So you can create pseudo LFO actions on any parameter of any instrument you want. My only complaint is that there are only 8 sliders total. Would have loved the option to expand that out to as many as you can fit on the page!!

This was for a beta version, but It shows a little of what Gestrument Pro can do with external instruments:

After spending a few hours with Gestrument Pro – I realised that this app is actually one of the more exciting creative compositional tools I have. The amount of control you have over shaping the generated content is almost enough, I think, to create useful material whatever genre you’re working in. Classical music for example; I think you could generate some ideas that really wouldn’t need much tweaking to work within the parameters of classical composition.

In a completely different vein, you could equally pump out some excellent electronic music with amazing harmonic movement and lovely subtle rhythmic evolution to keep the ear interested. I mentioned before that AI could eventually be our master, but in 2018, it’s actually just becoming exceptionally useful! From me, Gestrument Pro comes highly recommend as a creative inspiration tool.

Gestrument Pro is available on the iOS app store, with an app for iPads and iPhones priced at $16.99. For more (but not much more) information, check out the Gestrument Website.