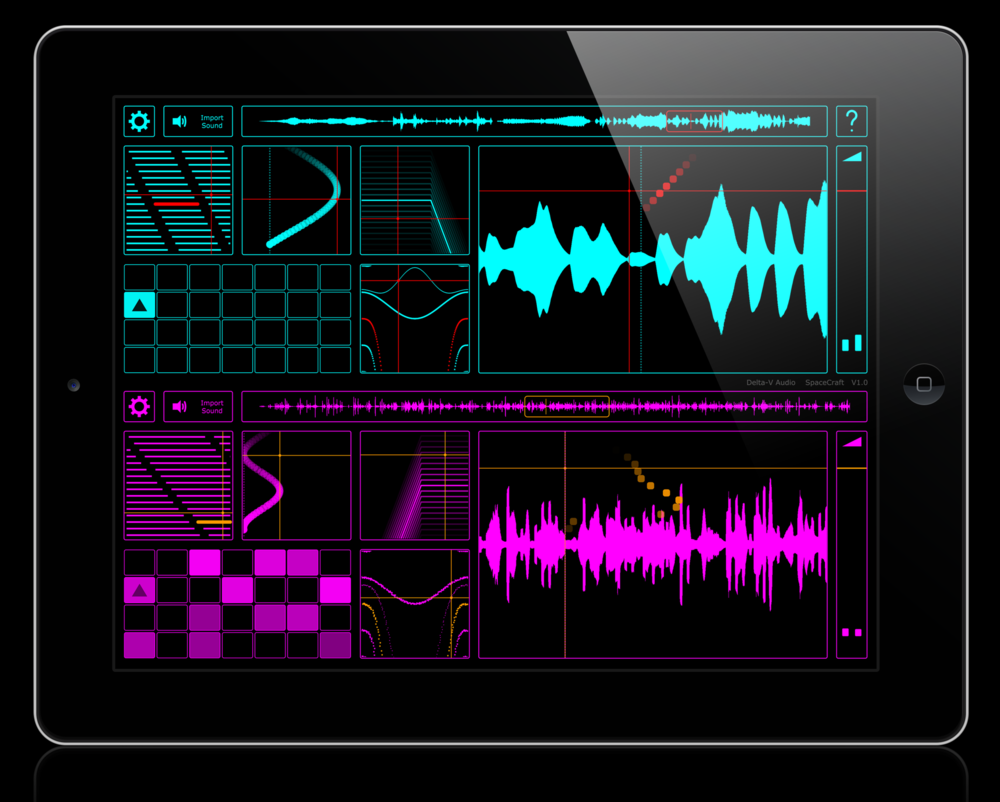 You don’t have to be a rocket scientist to be an app developer….but if SpaceCraft is anything to go by it certainly helps.

SpaceCraft is a new app developed by Mark Watt (Delta-V Audio) who by day is a Spacecraft Guidance, Navigation and Control Systems Engineer. Mark has worked on various European Space Agency missions including the LISA Pathfinder. By night he has managed to create one of the most intuitively creative and unique music apps of the year.

Spacecraft is a Granular Synthesizer with a very user friendly and inviting interface that could easily double as a spaceship control panel in a Sci Fi movie. Granular Synthesis is based on taking a sample and splitting it into to short bursts of sound called grains. These grains can be various lengths and repeat at various frequencies to create easily manipulated clouds of sound. 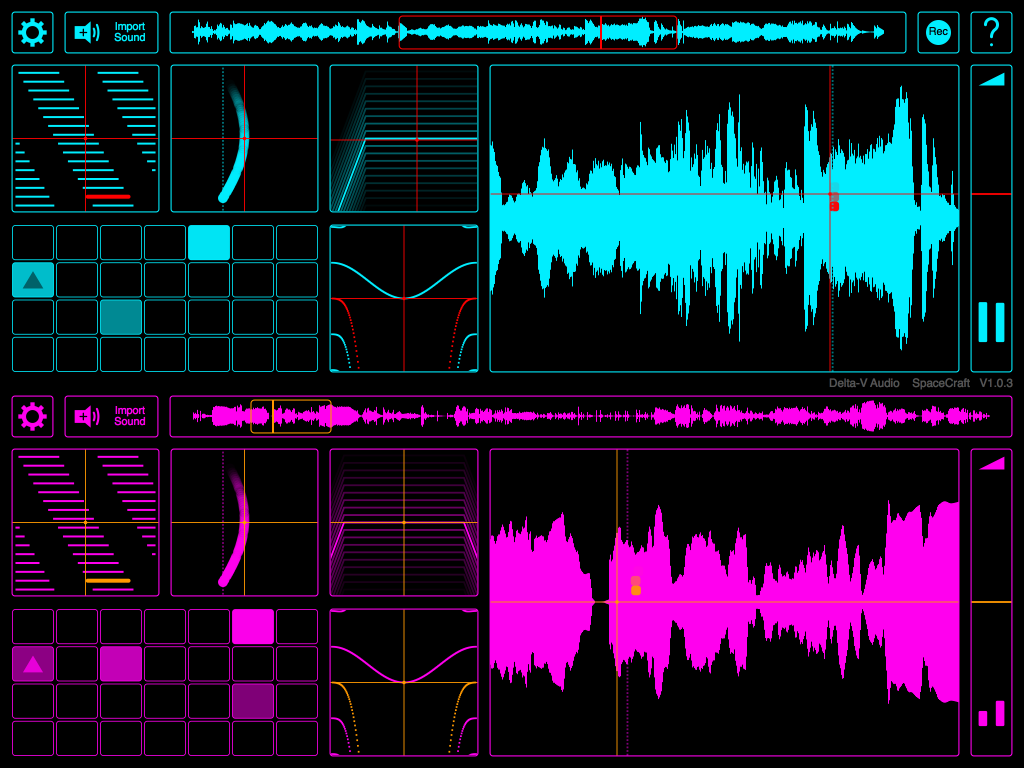 To use Spacecraft you certainly don’t need a Manual but there is a handy help overlay that shows the main parameters you are manipulating in each panel. The main controls effect the grain frequency/length, LFO frequency/distance, Pitch, Ring Modulation and Reverb.

Spacecraft allows you to manipulate two samples at once through the upper and lower performance windows. It is easy to play with longer samples or use the sample range selector to zoom in on a particular area for fine manipulation of a smaller part of the waveform. The manipulation of the grain clouds is achieved simply by dragging your finger over the waveform in the main performance window. Each sample has a nice visual representation of the waveform making it easy to see where the peaks and troughs of the waveform are and to play the sample like an instrument. SpaceCraft has Inter App Audio and partial Audio Unit support (IAA and AUv3 effect) and also Ableton Link support to tempo sync with other apps.

In the short time since its release, the developer has been actively improving the app at a rocket-like pace. The addition of tempo Sync opens up the musical possibilities of the App. The notes/keyboard section has the option to sync the grain control frequency which can result in some great rhythmic and melodic possibilities. The notes section acts as a kind of arpeggiator playing the grain cloud at various pitches on adjustable scales (Currently Major, Minor and Lydian). Playing the same notes across multiple octaves results in some instant lushness to the sound. The reverb that is included is great quality and adds some further depth.

Below is an expansive Jam session where I improvised two layers of two samples in SpaceCraft and also added a bit of Moog Model 15 and Model D for good measure.

Spacecraft is available at a ridiculously low $3 and as such it is largely a no brainer purchase. Even if you have app fatigue from gorging yourself on the multitude of cheap music apps out there, I would highly recommend finding room for this one on your iPad or iPhone. It excels at soundscapes and syncopating patterns and the immediacy of the interface makes it a joy to play.

This is one of those apps you fire up to have a quick mess around and before you know it you have been lost in sound explorations for hours.

There are many great granular apps already like iDensity, Borderlands Granular and the new Quanta by Audio Damage that have more comprehensive features but Spacecraft stands up well against any of these and brings something new and worthwhile to the table with its immediacy and ease of use. One of the best new apps of 2018.