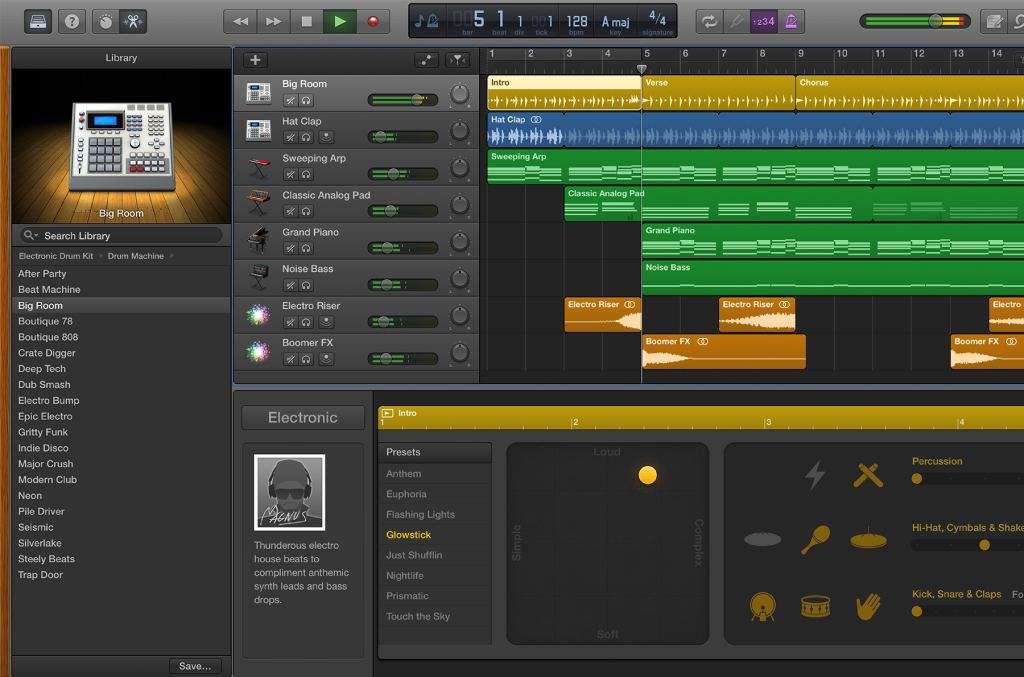 Personally, I’m a big fan of streamlined, no-frills DAWs such as GarageBand. It comes pre-loaded with most variations of Mac computers and MacBooks, and it’s a free download for iOS users (actually, I find the iOS version even more ‘inspiring’ than its desktop counterpart).

Despite its simple facade and ease of use, it’s actually capable of much more than you might think and is essentially a streamlined version of Logic Pro; you can even load GarageBand projects in Logic Pro when you make the step up.

In recognition of this fantastic programme, here is a GarageBand tutorial video to get the beginners out there started.

Point Blank Music School has years of experience teaching Music Production, and after experimenting with many different developers, the main DAWs they teach with today are Ableton Live and Logic Pro. Both are incredibly powerful tools with limitless potential for you to make whatever kind of music you wish. The learning curve can be a little steep, however (which is why their Introduction to Music Production courses in both Logic Pro and Ableton Live are so popular in London and online), so what about the programmes designed for those at an entry level?

For this demonstration, they called on John Davies, a composition and mixing instructor at Point Blank London, to talk through the fundamentals of GarageBand. Despite being just 30 minutes long, John gets through a large amount of functionality in the video, including programming using instruments or pre-recorded loops, arrangement, effects and automation – proof that, in no time, you can make well-rounded and interesting tracks in GarageBand with very little prior knowledge.

Building a track based on the jazzy chord progression he has been discussing recently in his composition classes, John also reveals several tricks to make your track sound more accomplished. These include quantising, keyboard shortcuts, low- and high-cut filters, sound levels, arpeggiators, tempo and much more.