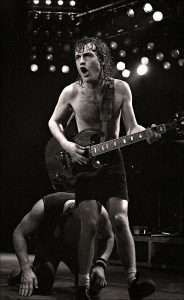 Pedals have long been part of the arsenal of many great guitarists, especially in the worlds of rock and roll and heavy metal. Today, they remain commonplace in the music industry, and we have featured quite a few already, including the innovative iRig Stomp I/O of IK Multimedia and the psychedelic cult pedals of Snazzy FX.

But evidently, not all great guitarist are fans of pedals, and a perfect case in point is AC/DC lead guitarist Angus Young. The legendary guitarist is a master of using simple chords to build up a musical crescendo full of tension and excitement, but he has never relied on pedals at all.

Quite simply, Young is living legend, having co-founded the Australian hard rock band AC/DC and making it to number 24 on the 100 Greatest Guitarists list compiled by Rolling Stone. He helped turn the band into a global rock legends and made sure that every AC/DC show was an event to remember with his patented school outfit, unbridled energy, wild onstage antics, and of course, virtuosity on the guitar.

Young happens to be an outlier, too, since he does not rely on pedals. He, in fact, seems to abhor it judging from what he once told Guitar World in an interview back in 1984: “I found that pedals were too much to fool around with. You’d be halfway through a solo and the batteries would go dead and conk out. And if you tread on the lead going to the pedal, something would always go wrong.”

What Did Young Use? 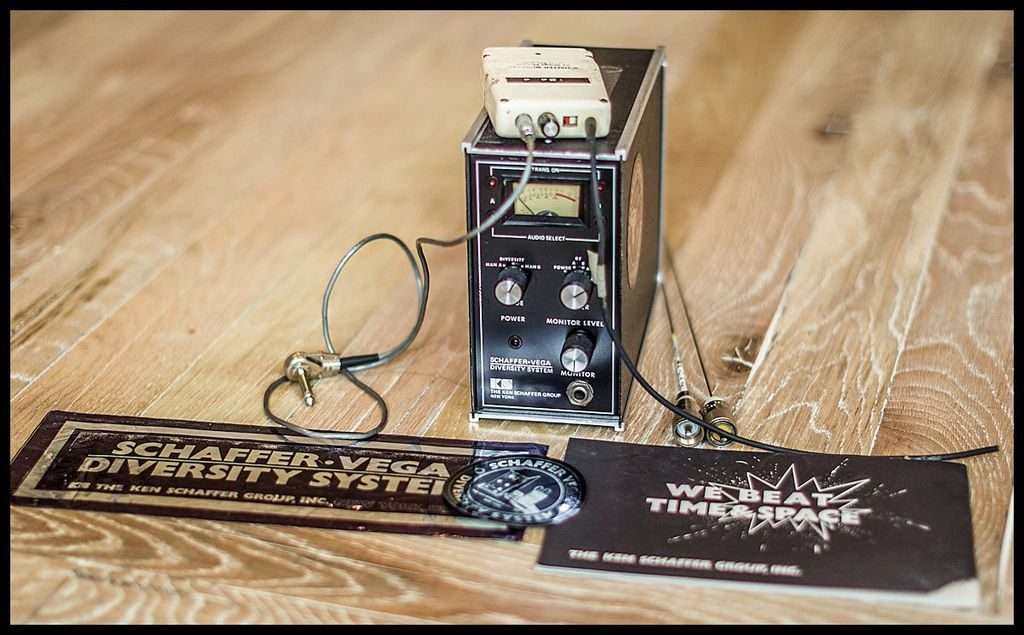 So, if Young eschewed pedals, especially during AC/DC’s prime years, what did he use then to achieve that distinct Angus sound that captivated so many AC/DC fans all around the world?

Turns out, the rock icon used what is known as the Schaffer-Vega Diversity System (SVDS), a ‘70s-era wireless guitar system developed by an engineer named Ken Schaffer. The SVDS was designed specifically for guitars, with the objective of avoiding interference and preventing dropouts during a live performance. Additionally, the SVDS enhanced a guitar’s tone with a rich harmonic boost, and guitarists like Young, Eddie Van Halen, and Rick Derringer took full advantage of said enhancements.

Now, any serious guitarist would likely want to try out the SVDS for themselves. After all, it did help Young sound terrific during AC/DC’s heyday. Unfortunately, it has been out of production since 1981. That being said, guitarists can settle for the next best thing: the Schaffer Replica Pedal developed by Fil “SoloDallas” Olivieri. 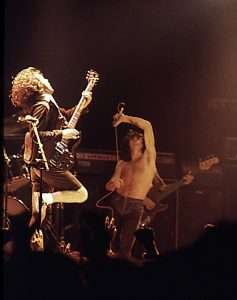 Ultimately, the legacy of Young and AC/DC is their impressive collection of songs. Some of the band’s greatest hits include their rather harsh account of life on the road in Highway to Hell, the ThunderStreak-inspired Thunderstruck, and the double entendre track The Jack. Along with other well-loved hits like the Bon Scott tribute Back to Black and the highly sensual and sexual You Shook Me All Night Long, the music of AC/DC features that vibrant Angus sound that has made the older Young a beloved guitar icon. The best part is, he did it all without relying on pedals. All he needed were his trusty Gibson SGs, his Marshall amplifiers, and of course, his SVDS.

Now that, ladies and gentlemen, is the definition of a guitar legend!