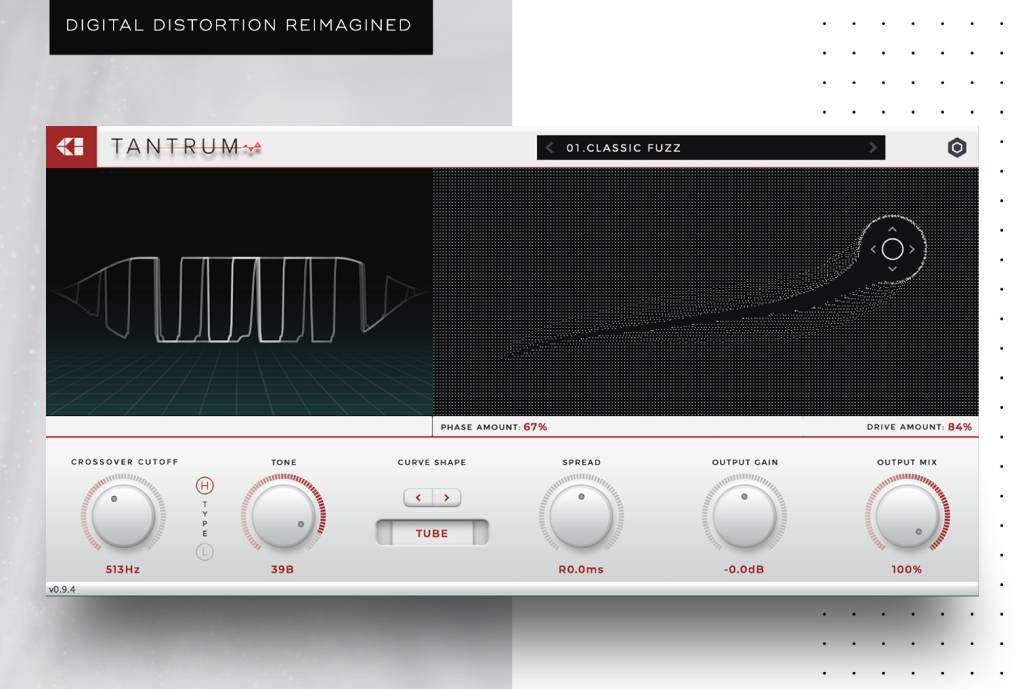 It’s built on the same phase modulation distortion algorithm featured in their first plugin, Temper (now free on their website), but with several new options and much deeper capabilities. 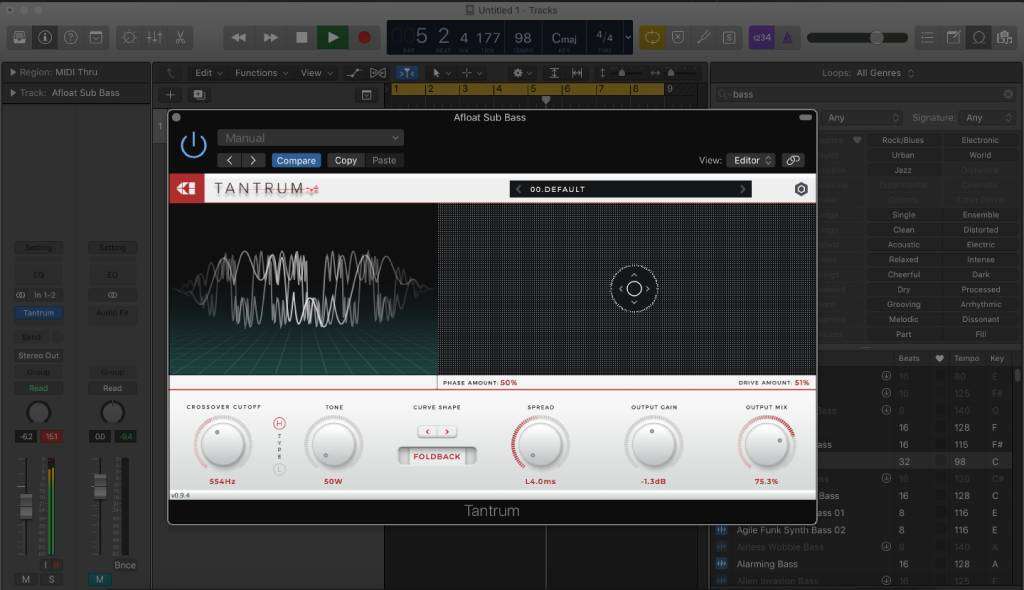 Next, a redesigned phase modulation distortion which uses the original input signal to modulate the phase of the distorted signal in stereo, bringing an entirely new dimension of depth to digital distortion.


Tantrum comes roughly eight months after the original release of Temper, after the developer realized there was still more potential in the phase distortion algorithm that makes Temper unique.

It became clear that the new developments needed to be in a product of its own. Now, Tantrum can mangle sounds in a new and distinct way, and carries the versatility to be a subtle, careful tool at the same time.