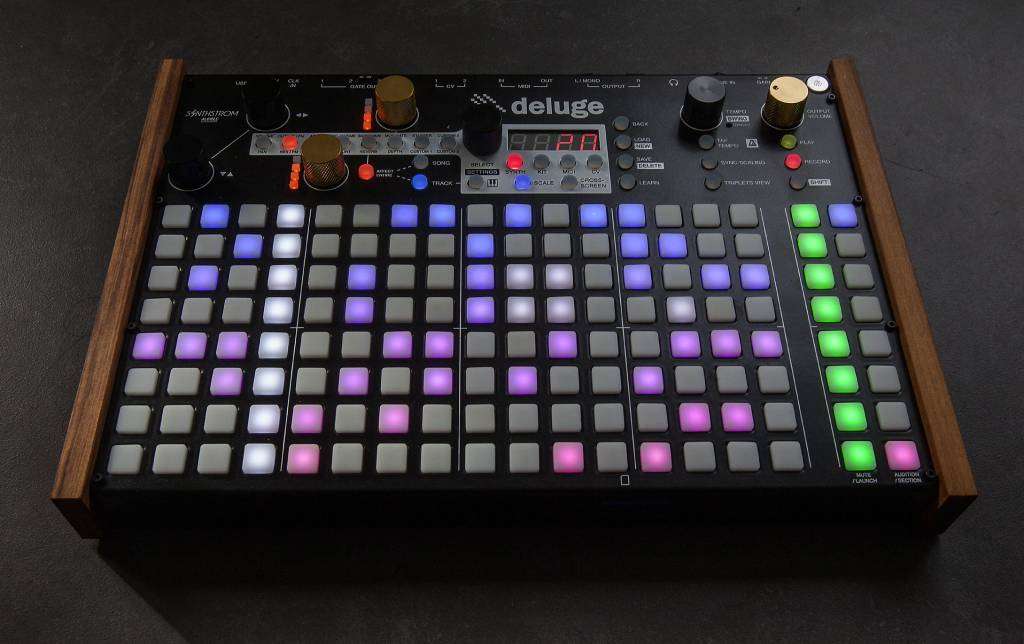 Synthstrom Audible lead engineer Rohan Hill has been working on a number of significant changes to the Deluge’s firmware which make it a brand new user experience, so much so, they’ve announced the imminent arrival of a huge 2.0 firmware update to the Deluge workstation.

Several of the new features will be unveiled at Superbooth in Berlin, May 3rd-5th (if you’re planning on going, pay them a visit at booth E270).

The full update and public release will come in June, which as always, will be a free update for all existing users.

ARRANGER
This is probably going to be the most powerful and flexible song arranging mode of any modern hardware sequencer.

MEMORY MANAGEMENT IMPROVED 30-FOLD
You read that right – since firmware V1.2.0 added the streaming of all samples directly from the SD card, the Deluge’s 64MB RAM chip has for the most part been sitting unutilized. With firmware V2.0, this memory is shared with the Deluge’s general functions, making around 30x more working memory available for your song and its tracks, synths, notes and parameter automation.

Beat the rush and get your Deluge now and be ready for when the firmware update drops.

Stay tuned to your favourite audio YouTube channels in May to see/hear the new features in action.