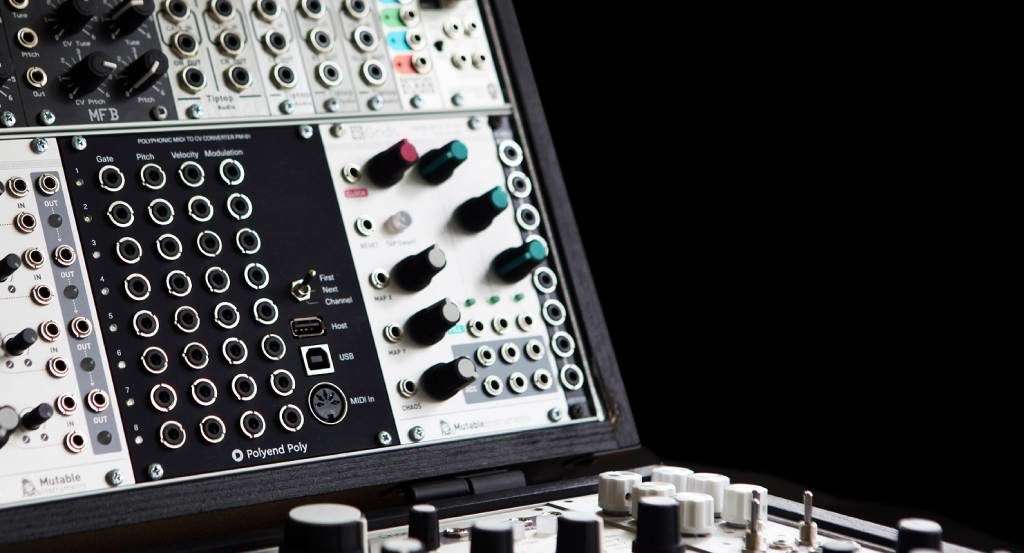 The Eurorack market offers plenty of MIDI to CV modules, but last year, when Polyend announced POLY we were immediately hooked. It’s not easy to find an 8-channel polyphonic (hence the name) MIDI to CV converter, that’s super easy to use (no menu diving!), with MIDI Din, USB and USB Host capability (+ MPE support)!

As you would expect, POLY works great with Polyend’s own Seq sequencer, but thanks to its nifty features, we think this module should also be on the radar of any Eurorack user looking for multichannel MIDI-CV converters.

Polyphony is (slowly) getting more popular in the Eurorack world, and POLY is probably the easiest entry point for these new sonic explorations.

This short video we recorded last year should provide you with some food for thought – the synth voices for this demo consist of a Doepfer module (1 voice) and a Qu-Bit Chord (4 voices).

Also,POLY supports MPE controllers (such as the ROLI Seaboard Rise, Linnstrument, etc.), which is a big plus in our book. MPE (MIDI Polyphonic Expression) is making waves, due to to the adoption of its specifications by the MIDI MANUFACTURERS ASSOCIATION (MMA), and it’s likely that we’ll see more controllers on the market within the next year.

Adding an expressive controller like the ROLI Seaboard Rise to a Eurorack setup can make quite a difference. You might not need it all the time, but when you feel like spicing things up, it’s just the icing on the cake.
Unfortunately (as it often happens in the modular world), the POLY manual is as minimal as it gets. If you’re not an advanced user you’ll need some time to figure out how to make the most of the new MPE controller in your system. It would be great if Polyend could provide some patch examples as an addendum to their manual.  I’ll ask and report back, stay tuned.

That said, the cool thing with POLY is that it’s a pretty versatile tool and can also breathe new life into your pieces of gear that were collecting dust.

At ANR we’re having great fun using POLY to connect the good old Yamaha Tenori-On (here’s some info from our archives, in case you’ve never heard of it) to a Eurorack system. With POLY we can use 8 (of the 16) channels from the Tenori-On without any configuration – literally plug and play! We’re not alone in this – here’s Robert Lippok from To Rococo Rot showing his Tenori-On /POLY combination:

Last but not least, POLY can be an ideal bridge between your modular system and your DAW of choice. You can, for instance, go crazy sending modulation and automation messages to various modules. Here’s a fun video of POLY playing nicely with Bitwig and a modular system:

Needless to say, such a straightforward module comes with an inevitable trade-off between ease of use and features. If you need to heavily customize your setup (i.e. controlling what ports will handle what MIDI cc messages and so on), you’re probably better off with different modules (the Expert Sleepers stuff comes to mind). It’s also worth mentioning that POLY doesn’t have any clock-related connectivity (in our case, it’s never been a problem though).

Despite these small niggles, we are big fans of POLY (keep an eye on our Instagram and Facebook accounts for some POLY-related content) and we totally recommend giving it a try.
In order to provide you with a broader perspective, we asked a couple of POLY users to tell us more about how they use it and what they like about it. 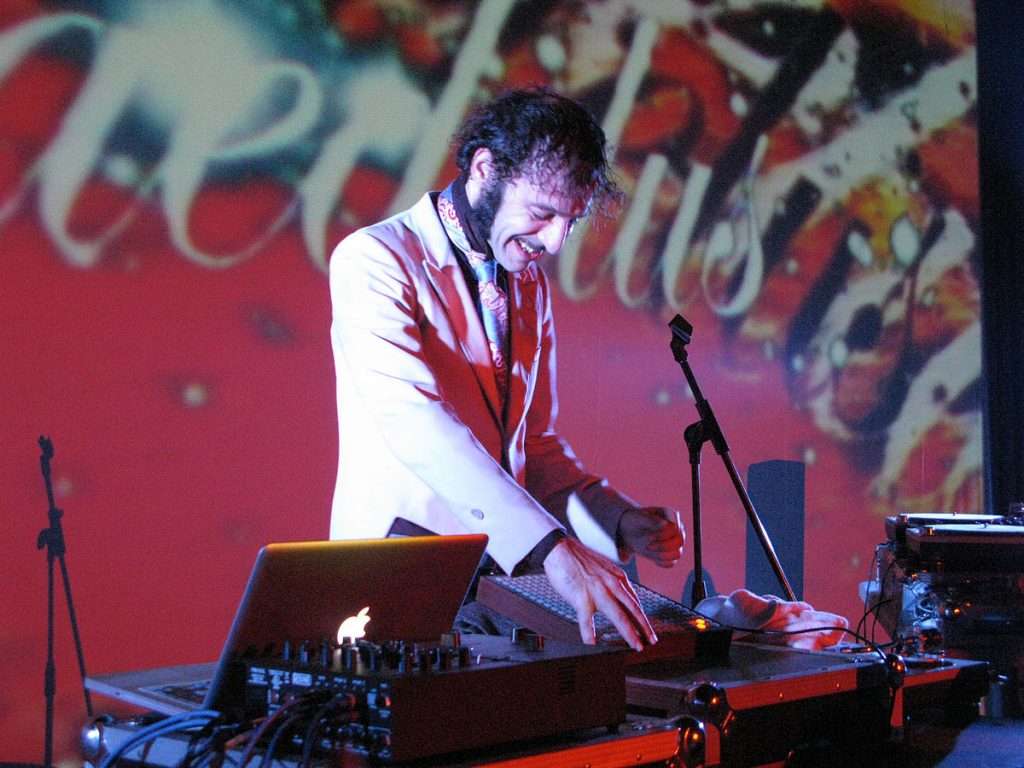 “POLY is now a permanent fixture in my humble modular set-up. It is the missing link between the devices I’ve used and the rack I’ve been exploring. Allowing for deeper interactions both ways. Not just a bridge, but rather a different way I’m looking at the wires and near infinite ways that might change, modify, effect, and in essence compose.

I mean I’ve used it so many ways, mostly as a bridge between DAW and modular rack, but also with stand-alone controllers like Polyend’s SEQ and MIDI-enabled everything. Sometimes discreetly along midi channels and other ways additive using the clever First and Next modes. Most recently it impressed me as I used it in conjunction with two ARP 2600s (see video below), and running them back into my rack. It worked like a dream!”

“I have been looking for a simple way to integrate my modular into my DAW workflow. I feel that POLY is the first module to deliver just that. It allows me to send eight midi channels from Ableton into my rack, including velocity and modulation. The modulation CV is especially cool because it can be assigned as an automation parameter in Ableton, so you can use it for anything really (e.g., filter cut offs). For this kind of use, I use POLY in channels mode, so that each Pitch-Gate-Velocity-Modulation combo on the Poly has its own Midi channel.

I also use POLY in the First Mode when jamming with my band. In this mode, POLY has one Midi Channel and acts as a polyphonic voice. On my small portable rack, this gives us a custom four-voice synth that adds a lot of character to our music.

What I really like about POLY is its simplicity and extremely low latency. It’s so straightforward to use, no menu diving, no complicated settings, and no noticeable hardware latency. It has great thoughtful details: The USB Hub connector supplies +5V power so that you can hook up a keyboard like an Arturia Keystep without needing extra power for it.

Most importantly, POLY allows me to integrate my small portable eurorack system seamlessly into my DJ set-up for creating live remixes: With NI Traktor, I play only the drum and the vocal tracks of a Stem track, muting the synth and bass. I sync Ableton to Traktor and use it to fire midi loops that are sent to POLY (in Channels mode), playing the four synth voices of the small modular. This way, you get a modular controlled by Ableton in perfect sync with Traktor.

The only gripe I have with POLY is that it lacks a dedicated clock output. If I want the midi clock signal from my DAW in my modular rack, I need another module for that (I use the Doepfer 190-4). So in future iterations of the module, a clock CV would be great. Otherwise, it’s a fantastic module.”

Bertolt Meyer is a professor of Psychology, DJ and modular enthusiast.

Poly is available from Polyend and major retailers around the world, for approx. 450$/€. To find out more about Poly, visit the Polyend website.