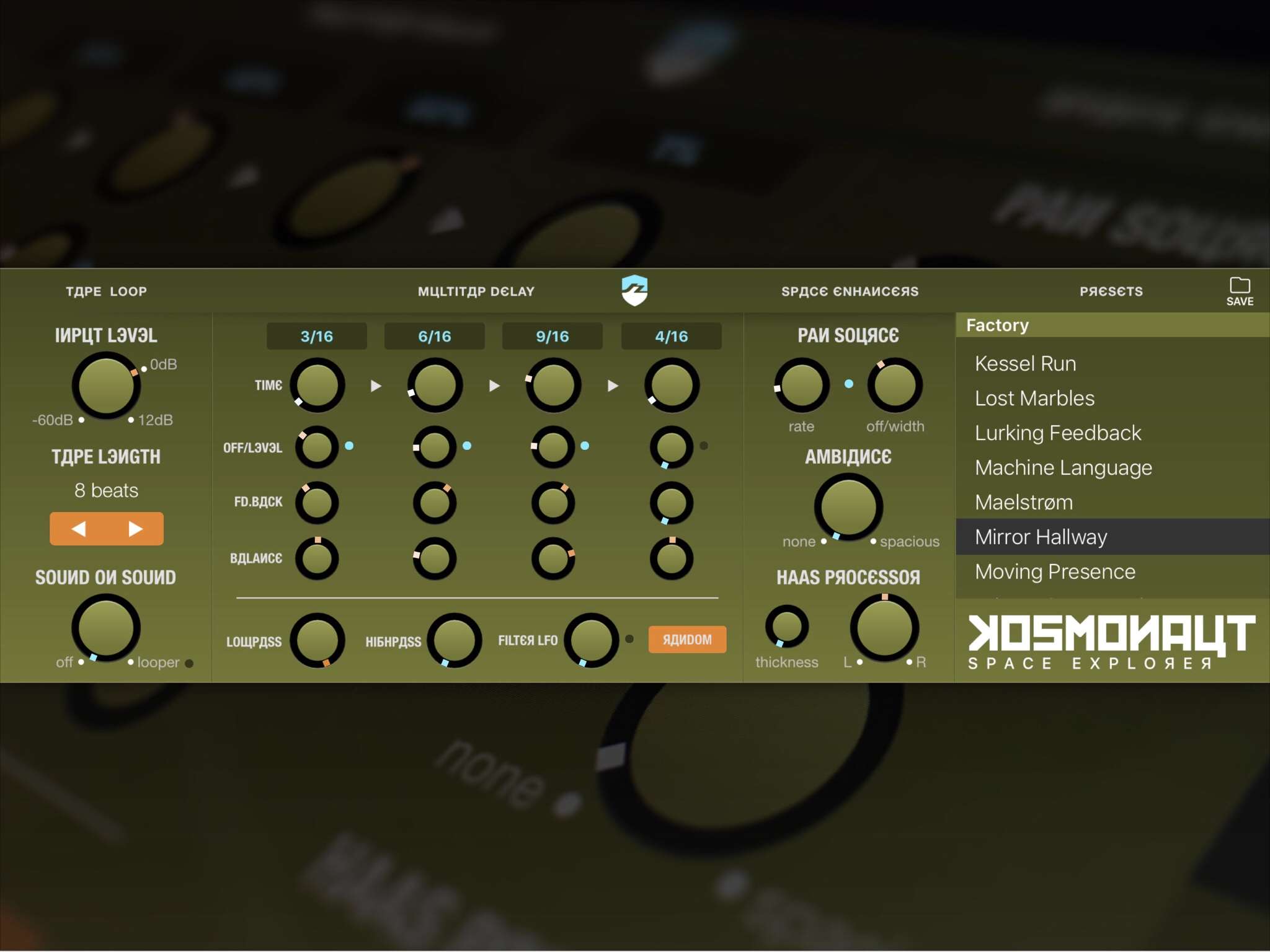 Bram Bos has been on a roll for the last year producing a plethora of well designed and unique music apps. These have included the excellent West Coast/Buchla inspired modular Ripplemaker, 303-alike acid bass synth Troublemaker and the innovative multimode sequencer Rozeta. Next up is Kosmonaut a Multitap delay and spatial effect Audio Unit.

What is a Multitap Delay?

A Multitap delay takes (or “taps”) multiple outputs from the input signal and delays these at different speeds to create a complex pattern of echoes. These can can be in proportionate intervals to create nice rhythmic effects or at more oddball intervals or even short intervals to make unnatural reverb effects. Kosmonaut allows you to adjust the timing, level, feedback and panning of each of four delay taps that are then run through high and low pass filters.

Space is the Place

Kosmonaut includes several additional “Space Enhancers” in the form of a variable rate autopan, an “ambiance” generator (Reverb) and perhaps most interesting of all the Haas Processor. The Haas effect is a psychoacoustic effect where the same audio played on left and right channel but delayed by a few milliseconds on one side versus the other will sound to the listener as if it is coming from the spatial position of the first sound even if both signals are exactly the same level. At small delays this will act almost like a regular hard pan to the left or right. At ever so slightly longer delays (Of 7 milliseconds or more) the Haas effect starts creating more of a stereo widening effect and this is what the Haas effect in Kosmonaut is great for.

The first part of Kosmonaut’s signal chain is a Tape looper based on the original analog tape based delay effect units. The length of the “tape” can be adjusted from 1 to 8 beats in length and a sound on sound level included which when turned to maximum will loop infinitely. The beat timing in the tape looper as well as the timing and sync for all the delays is taken from the Audio Unit host’s bpm. 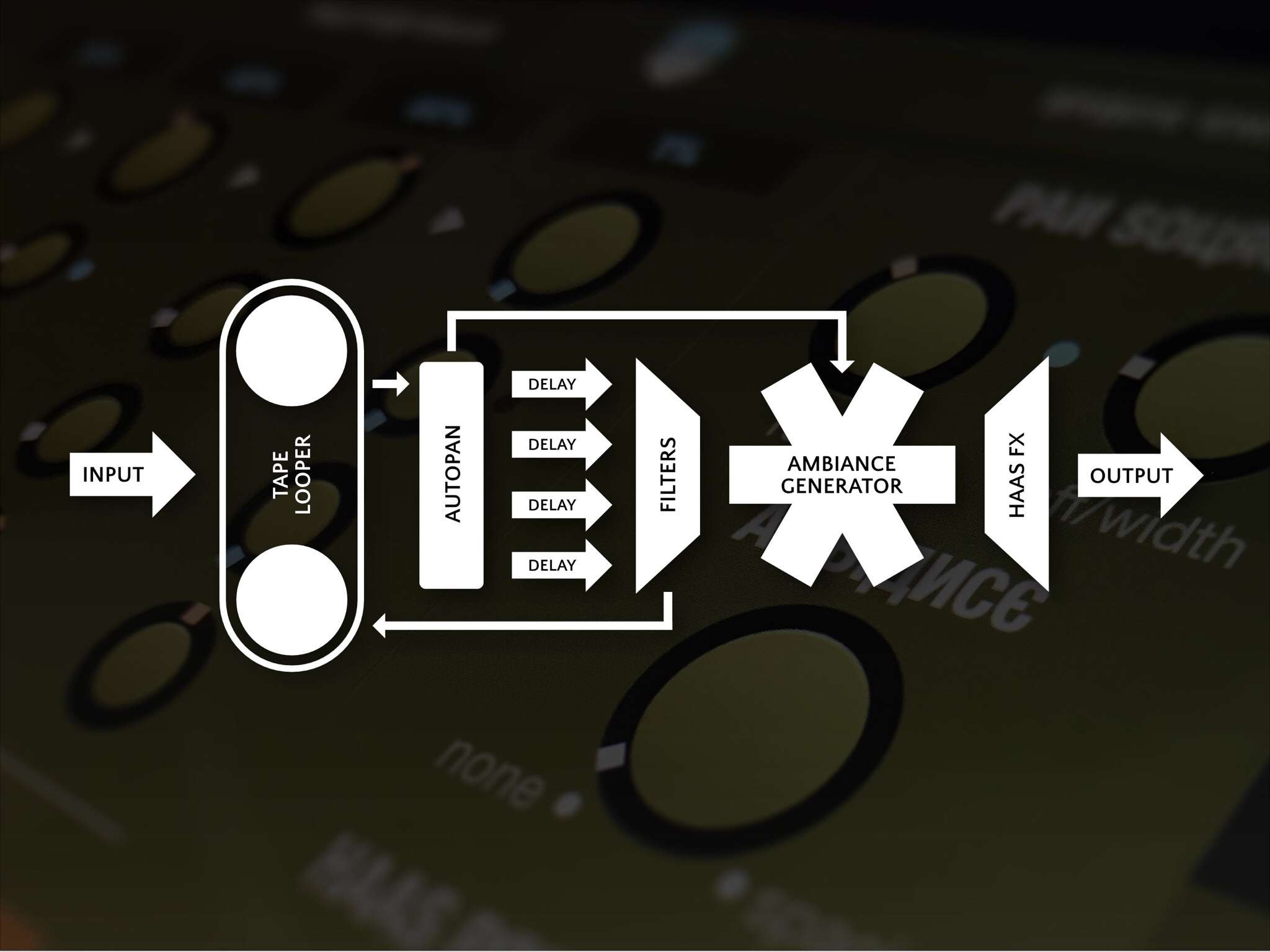 So… Do I Really Need Another Delay Effect?

Kosmonaut is made to create complex and interesting layers of rhythm and sound. It is much more than just a delay and has many rich sound design possibilities. The spatial effects, ability to pan the four main delay taps and the intuitive user interface make this app stand out from some of the straighter delay effects available on iOS. The ease of use and how effortless it is to transform both rhythmic and melodic elements with a few screen taps of the onboard randomizer make this an essential tool for your iOS musical toolbox.

Here is a demo using Kosmonaut on all 3 tracks of a simple 3 track AppJam:

Kosmonaut is available now in the App Store for $3.99.