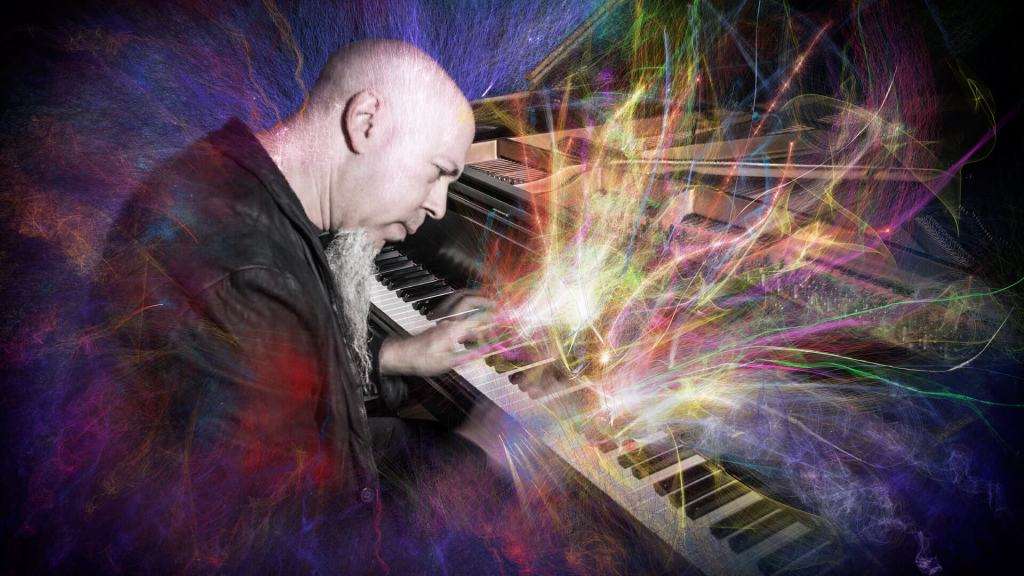 Jordon Rudess is a classically trained pianist, voted the Best Keyboardist of All Time by Music Radar Magazine. He is a composer, author, music app developer and keyboardist with the progressive metal band Dream Theater.
We recently featured GeoShred Pro, his popular iOS app, and sat down with Jordan for an interview about music, memories and music technology…

What is your earliest musical memory?

Walking in to the 2nd grade class and finding a piano and starting to play it.

Were you from a musical family?

No, they were not musical at all. I’m from a family that didn’t play any music. I was just attracted to the piano and that’s how it all got started.

What were your musical influences as a teenager?

I was going to the Juilliard School studying classical, so I was deep into the classical music but I was always kind of an improviser as well. The first pop music I got into outside of Classical was The Beatles. After that, the next big movement for me was the Progressive Rock movement. I was into bands like Yes, Pink Floyd, Genesis, Emerson, Lake and Palmer. Then I got into more electronic music and put all those influences together.

What was the first electronic music you got in to?

Tangerine Dream was one of the first electronic bands I got really into. Switched-On Bach (Bach played on a Moog By Wendy Carlos) had a lot of meaning for me also when I first started getting really excited about wanting to play Synthesizers.

You were at Juilliard from age 9. What age were you when you started to get excited about the possibilities of Synths?

I think when I was seventeen I got my first MiniMoog. That was an awakening and after that I transferred to the Juilliard College which mainly focused on the classical thing. I only ended up there about a year as I was really into Synthesizers and Progressive Rock and I wanted to do something else and go in a different direction. But nowadays I put all that together and tomorrow I’m off to Europe on my solo piano tour called Bach to Rock.

Excluding any artists you know personally what is your favorite album of the last 5 years?

Good question…. I really like Sigur Ros, I think they are awesome. The album Valtari is one that I keep going back to so I’ll say that one.

What motivated you to get into music app development?

I’ve always been into synthesizers and worked for some of the synth companies doing product specialist work back in the days when I was trying to figure out how to support myself. In those days I used to be able to contribute ideas to the synthesizers especially when I worked for Kurzweil. As well as doing demos I was able to talk to them about features I wanted to see.

I got the first iPhone when it came out and I was inspired by the whole multi touch surface thing and I was starting to envision what would be possible as far as next generation expression using the screen. It was in the very beginning when there wasn’t even much of an App Store and I had called up a programmer (Kevin Chartier) I’d met by keeping my eyes on any developments in that app space. He and I started to work on an idea I had that was MorphWiz. When that was released it became the number one Billboard music app which was a great way for me to get started in this business. The app basically introduced some very important concepts, one of them was what we call MPE (Midi Polyphonic Expression) now. At the time it was not called that but MorphWiz allowed you to take all your fingers and move them in different directions and have different parameters changing according to the vertical or horizontal movement and it was probably the first thing to do that.

What do you think is the future of music technology? Do you think MPE is going gain more traction and take off?

I think the whole idea is really important. MPE has been around for many years now but there are lots of companies lagging behind and there are still loads of synthesizers coming out that don’t do MPE. You can connect them up to a Roli Seaboard, LinnStrument or GeoShred but without that compatibility included they are not going to do what you want.

I think it’s very important for the companies to realize that’s not going away and that they need to support MPE. Nobody should put out an instrument right now that doesn’t support that, it’s behind the times.

I expect in the next couple of years people will get to grips with that and take it seriously. The hardware manufacturers will really need to work hard if they want to create new instruments because the little devices we carry in our pockets are becoming more creative, beautifully visual and can blow away most of the things in the music store.

Do you think the iPad will eventually get the 3D Touch technology that has been in iPhones for years now?

It needs that very badly and a lot of people are hollering for it. We were actually at Apple in California the other day talking about that.

Do you get the impression that musicians are on Apple’s radar as a big user base or they see musicians as more of a niche market?

They have a very big audio department. Probably bigger than most people think and I believe it is growing. That said in the bigger picture of their business music is definitely a smaller part but I have some faith that they will eventually give us what we need.

When it started out it was people you had never heard of building apps, doing cool things and getting some exposure. Like all of a sudden I could have a company that made instruments and that was kind of cool because before that building an instrument was more involved. Then all the big players got involved over time like Moog, Korg and Yamaha. The problem with the app space is that probably 95% of the developers can’t support themselves because the price expectation is so cheap. It isn’t really fair on developers as people will pay $200 for a piece of Mac/PC music software but not for an app. It’s funny because a good iPad is almost as powerful as your computer and the time and work to develop an app is pretty similar. How it’s all going to work out I’m not really sure. It reminds me of the whole situation with the music industry where people are not really willing to spend money on music anymore.

That kind of leads into my next question which was about what you think of the current state of the music industry and what direction you would like to see things go?

It is in a very bad state because of the situation we got ourselves in with everyone listening to music for free. None of us want to spend money on music when you can just go to Youtube and listen to any song you want anytime. Meanwhile, you have all the musicians out there that need to make a living so everyone needs to kind of figure out what they’re going to do in this environment. There’s really no happy story there unfortunately, it’s messed up. Hopefully, the streaming royalty rates from Spotify and Apple will improve. Another thing I think musicians can do is to readjust their thinking about how to make a living. The gaming industry is huge now and there are more TV networks than ever making shows that need music that are going to licensing companies. There are avenues that are growing but musicians are not used to thinking like that. So maybe part of it is readjusting the mindset or direction to make things work. 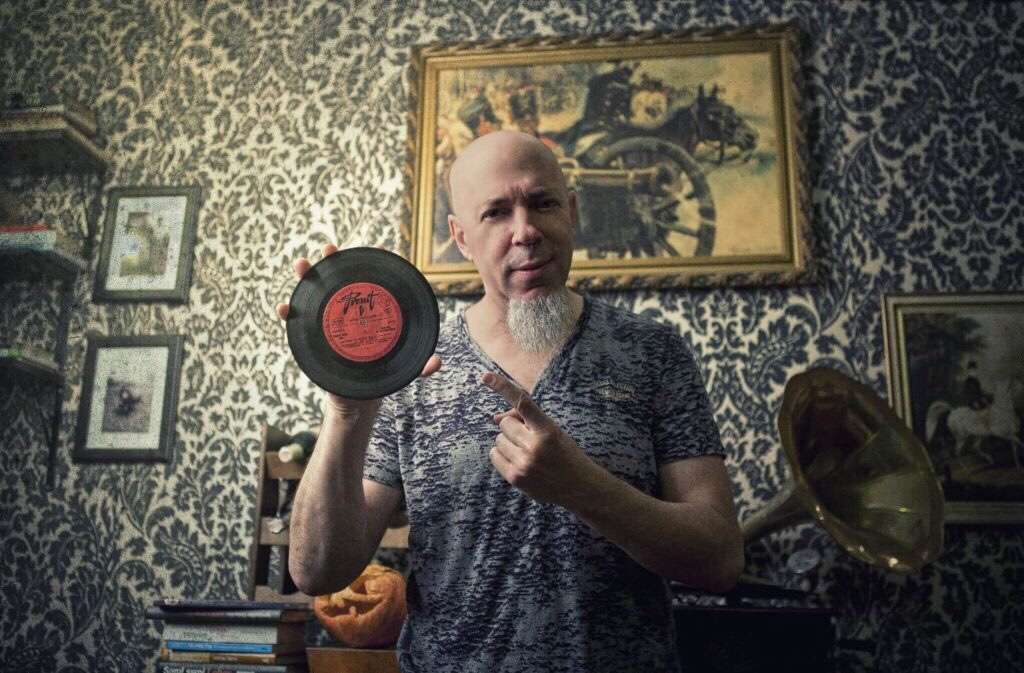 There are some new models out there in early stages like Artistco which people are working hard on developing that are more social and subscription-based (editor’s note: Jordan is also one of the leading artists behind the development of Artistco). As an artist, you can invite people in at different levels and offer VIP level subscribers to be part of your world and get the inside scoop. These are interesting as it is like inviting people into your inner circle in a way that doesn’t really happen on some of the big social media sites.

How does the solo tour compare to touring with Dream Theater?

They are very very different. It has been very fun doing the solo tour as I’m reconnecting with the piano which is how it started. Dream Theater is a whole different music and vibe. One feeds my soul in a very different way to the other. It’s great to go out as a rock star with Dream Theater and then to go out and do my classical and rock solo thing as well. Together I am a happy Jordon.

This Video is one of Jordon’s recent Solo Piano improvisations:

In your music career, what have you done that you are most proud of?

One of the things I’ve done recently I’m most proud of is put out a record called Explorations which was a Symphonic work I did. It actually started as a pledge campaign and I raised a bunch of money to go to Poland and work with this orchestra to record a Concerto I wrote. It was a big project. I was proud because it happened and came out well.

Final question. If you were on a sinking ship by a Desert Island and you could only save your piano, Korg Kronos or iPad which would you drag to shore?

Interesting question…. I would choose my piano. I could have fun with an iPad for sure though. If I could choose two it would be the piano and the iPad.

Sounds good, I’ll even throw in a solar panel!