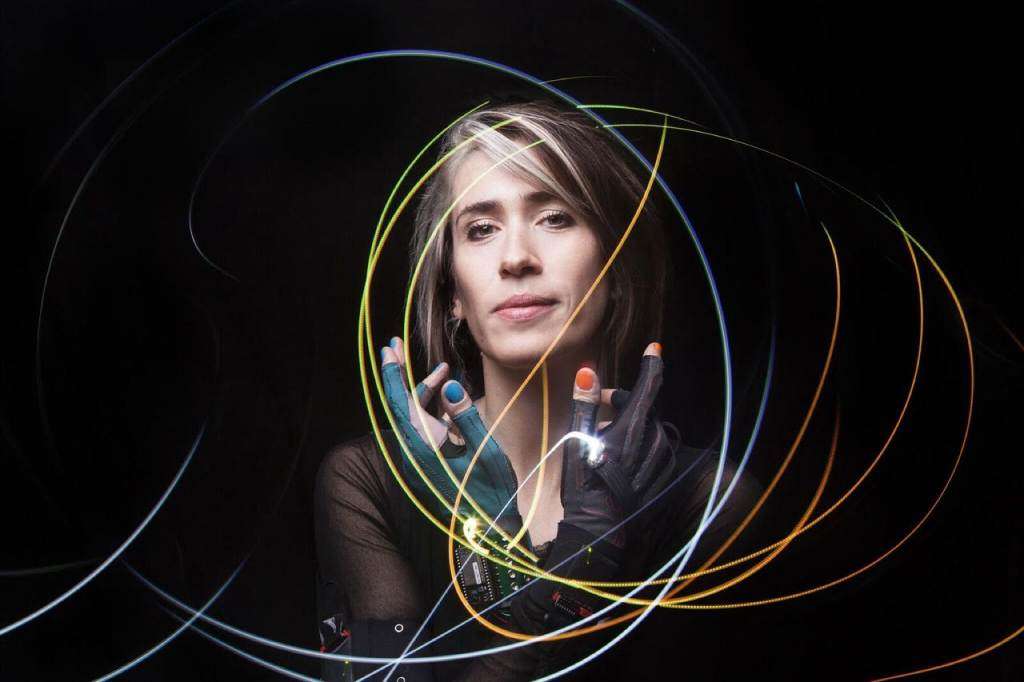 Music Tech Fest (MTF) announced Imogen Heap as the next in a series of inspirational ‘arts-meets-science’ Wonder Women who will be leading areas of the flagship innovation festival in Stockholm from 3-9 September 2018 with a showcase open to the public from the 7-9 September, in partnership with KTH Royal Institute of Technology.

The Grammy and Ivor Novello winning British artist and polymath joins LJ Rich of BBC Click as the next in a series of inspirational Wonder Women leading technology areas of Music Tech Fest Stockholm.

Writing and producing four solo albums, another one as half of Frou Frou and countless collaborations, she’s an artists’ artist.

Heap has been nominated for five Grammys, winning two, together with an Ivor Novello, The Artist and Manager Pioneer award and an honorary Doctorate of Technology at UWE.

At TED Global 2011 Heap first publicly performed with her Mi.Mu Gloves – cutting edge gestural music ware she has developed with a team of engineers and scientists.

In 2015 Imogen wrote and produced the score for Harry Potter and the Cursed Child and received an Olivier award nomination for Outstanding Achievement in Music.

As well as performing in both intimate and theatre settings, Imogen is bringing her brainchild, Mycelia’s Creative Passport to MTF Stockholm and will be leading a lab on the ongoing development of the Creative Passport with local music makers, industry and policy makers.


Imogen Heap is also seen as a pioneer for her innovative MiMu gestural music making system and for her leadership in the music business space.

The exhibition will include the groundbreaking Mi.Mu gloves – a new frontier in wearable music digital interfaces, The Life of a Song – providing an eye-opening insight into the music industry via the lens of Imogen’s Hide & Seek, plus a suite of verified digital artist services.


Imogen Heap hosts the Mycelia Blockchain Labs (by invitation only) and Creative Passport exhibition with Mycelia experiences (available to all) as part of Music Tech Fest Stockholm.

Watch out for announcements about performances in both intimate and theatre settings.

#MTFStockholm runs from 3-9 September 2018 with a showcase open to the public from the 7-9 September at KTH Royal Institute of Technology. MTF is cross-genre, international, enriching, and inclusive.

Earlybird public tickets to the festival (7-9 September) go on sale 1st May.

For more information on both Earlybird and MTF Research Symposium, join the newsletter.

MTF Labs addressing challenges around AI, robotics, accessibility, and blockchain run 3-9 September and are by invitation only. Contact MTF for more details.