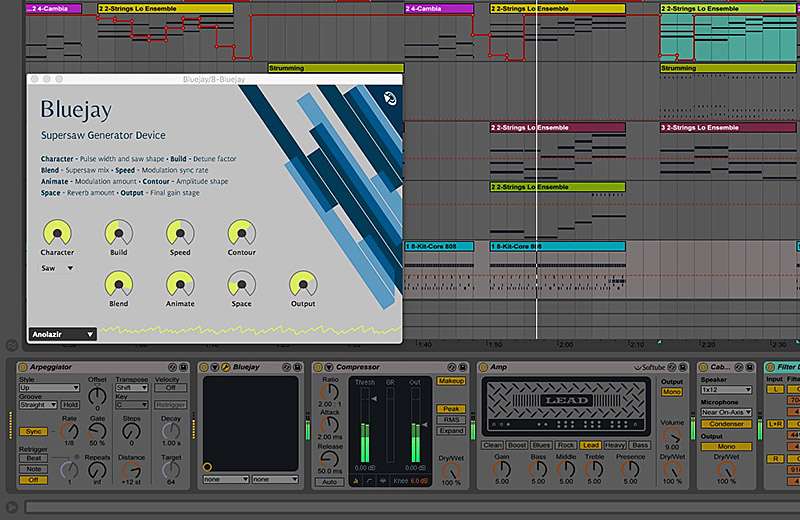 Puremagnetik has released Bluejay – a simple yet powerful supersaw synth inspired by the famous Roland JP8000. It includes not only a supersaw function but also a super-square algorithm. The shape of the saw and square wave is also morphable via a dedicated macro.

A supersaw is a waveform consisting of a number of slightly detuned sawtooth waves superimposed. This waveform is used particularly for lead and bass sounds in EDM genres.

It produces a characteristic buzzing sound which is sharp in the treble, but not thin in the bass like a conventional sawtooth can be.

It is characteristic of dubstep, trance, techno and many other popular EDM sub-genres. 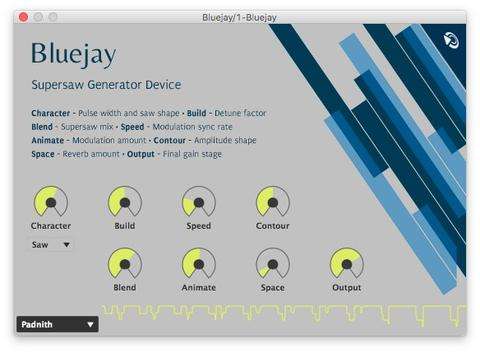 Pricing & Availability:
Bluejay is currently offered as part of Puremagnetik’s Spark subscription for $8 per month. After one month it will become back-cataloged for a la carte purchase at $20 USD.