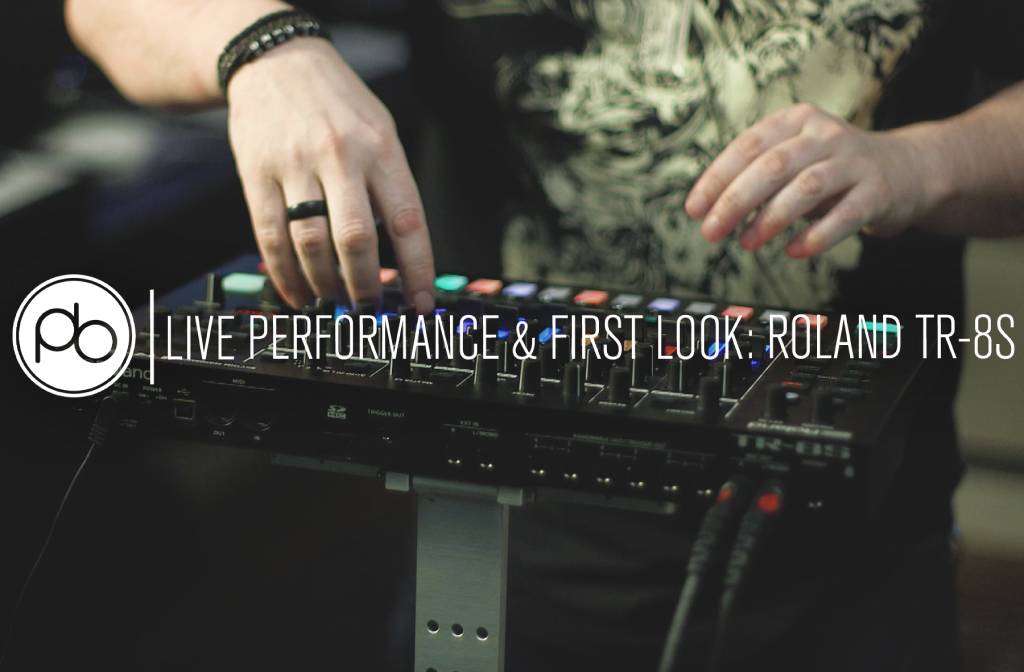 The original TR-808 drum machine ceased production in 1983 and will set you back upwards of £3,000 on eBay or similar, although digitised samples have been available for decades.

It wasn’t until 2014 that Roland released the TR-8, an updated piece of hardware (based on physical modeling) aimed at reproducing the sound and the experience of the original 808 (and 909 for good measure).

Now four years on, an upgrade has arrived in the form of the TR-8S, adding the ability to load your own samples and many more features besides. Point Blank managed to get their hands on the unit for this first look video with live performer and Point Blank expert instructor Saytek, who teaches Electronic Music Performance as part of their BA (Hons) Degree programme.

Saytek’s demo starts off by showing some of the effects and live performance elements using a pattern he put together during his brief testing time with the unit.

We learn that each sound now has its own fader now which opens up some exciting new performance possibilities, and you can drop effects at a local and global level.

The SD card slot also means that importing sounds and samples are now a possibility for the first time, whilst extra outputs mean you can send different channels to different third-party units such as the SH-01 Boutique.

Saytek is all about the live performance, so it’s no surprise that he’s really into these new features – but the unit has also sacrificed none of its suitability for studio work, which is perhaps the biggest draw of all.

You can learn all about live performance on Point Blank’s degree programmes, as well several other music production courses. They also offer production tuition online.
Check out courses in DJ, radio and songwriting too if any of those take your fancy, and you can contact a course advisor on +44 20 7729 4884 if you have any questions.