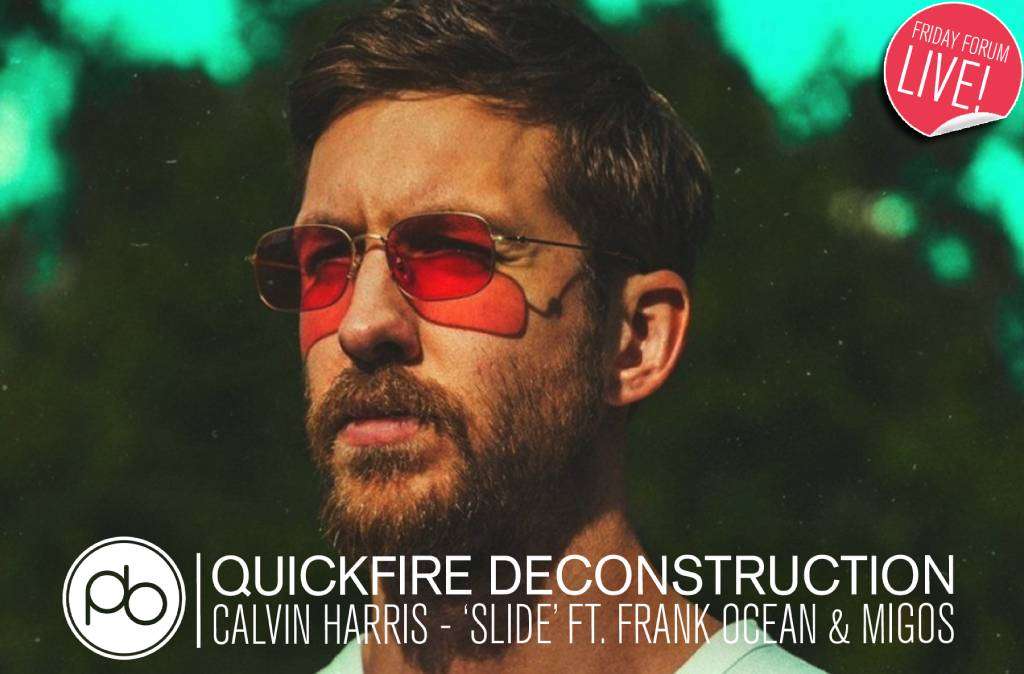 Back with another edition of their Friday Forum Live series, Point Blank Music School’s lead Course Developer Ski Oakenfull deconstructs one of Calvin Harris’ many earth-shattering hits from last year.

Calvin Harris teamed up with Frank Ocean and Migos – two of the biggest stars in music today, for ‘Slide’.

It’s indicative of his move away from the big-room EDM-bangers he’s been making for a minute, rolling back the years for a beat more reminiscent of his work at the start of his career (‘I Created Disco’ anyone?).

It’s a laid-back, breezy funk number quite perfectly summed up by it’s accompanying video: ultra-slow footage of a palm canopy and general tropical lushness. In typical style, Frank Ocean’s appearance on the track takes it to a new level entirely, with an effortless control of melody and tone, and it’s a real treat as ever to hear Ocean on a classic summer anthem.

Want to get to know a DAW the way Ski does? Or wish you could construct tracks with the assurance of Calvin Harris?
Take a look at PB’s music production courses in London and Online.

If you’re not so keen on production and rather see yourself writing these kinds of hooks or even jumping on the mic, Point Blank can help you there too. Check out their classes on singing and songwriting.