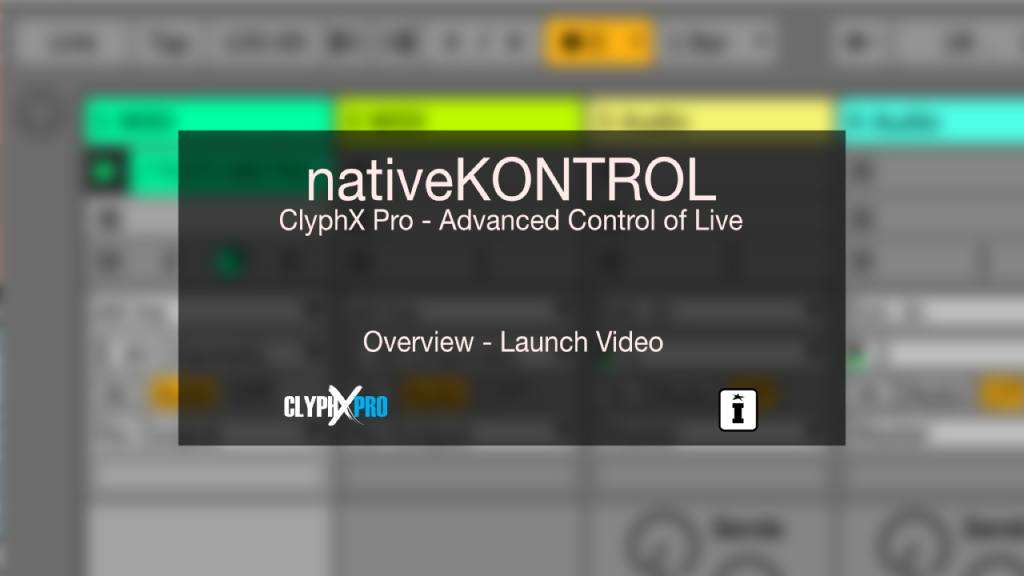 CliphX is a popular script for Ableton Live, that provides an extensive list of Actions related to controlling different aspects of Live.
With the announcement of Live 10, ClyphX‘s developer Stray, announced that he was actively working on ClyphX again, not just an update but a complete rewrite from scratch. Stray hooked up with Isotonik Studios and the team got in touch with us to announce the release of ClyphX Pro.

WHAT DOES IT DO?
ClyphX Pro is a deceptively simple scripting language for music producers and performers who use Ableton Live 9.7 or later that allows for easy control and manipulation of virtually every aspect of a Live Set in highly useful and interesting ways.

The above video gives a good idea of what you can achieve with ClyphX Pro with zero coding knowledge. The package is complete with manual and walkthrough lessons including example Live Sets that step you through the learning curve in easy chunks.

HOW DOES IT WORK?
At the heart of ClyphX Pro is its extensive list of Actions. Actions produce changes in Live and are associated with simple words or phrases. For example, BPM 100 will set the Tempo of the Set to 100 and LOADDEV “Auto Filter” will load Auto Filter onto the selected Track. Actions are specified in Action Lists, which are described below.

Action Lists are triggered by X-Triggers, which are events (such as a Clip being launched, a locator in Arrangement View being passed or a button on a controller being pressed) that occur in Live.

So, the basic idea here is that you’ll use X-Triggers to trigger Action Lists, which are comprised of Actions.

WHY DO YOU NEED IT?
Whether it’s improving your workflow or enhancing your performance, ClyphX Pro has an answer for virtually everything. Don’t forget, besides looking up the action (in the manual or Lives help view) you’ll not need to write a single piece of code to achieve impressive results!