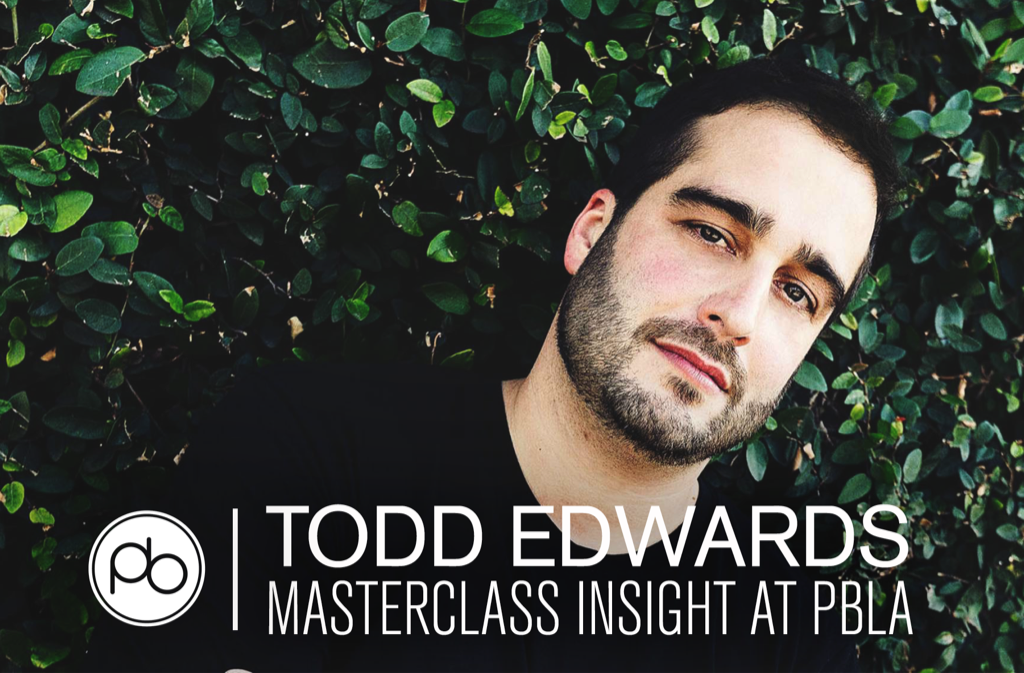 Point Blank Music School offers masterclasses with some of the world’s top artists, across all of their courses. But what it’s like to attend in person?

Well, at a recent class in LA, the Grammy Award-winning producer and DJ Todd Edwards invited the cameras in to share what goes on when he’s imparting his sizable knowledge and expertise.

Todd Edwards is not a man that needs much introduction, but in case you need a refresher, he’s a producer and DJ, and has been one of the most prominent figures in house & garage since the mid-nineties.

An early champion of speed garage with a trademark cut-up style of sampling, he came to be known as a pioneer of UK garage, all the way from New Jersey.

During those early years, his original productions would regularly appear on the i! label, and he began a long series of legendary remixes which have continued to this day Artists remixed by Edwards include MJ Cole, Moloko, Beyoncé, TLC, Hot Chip, Mathew Dear and Sam Smith. Edwards also holds the enviable accolade of being the only artist to collaborate on two separate occasions with those masked marauders from Paris: Daft Punk.

In this video, we get a glimpse of a Todd Edwards masterclass at Point Blank Los Angeles, in which he shares some invaluable advice and choice anecdotes with his students. Watch the video to see and hear glimpses of his DAW projects, managerial insights and stories about the less glamorous side of old-school sampling techniques.

Plus, hear about his love for Irish folk music and DIY Björk impersonations.

Alternatively, use this form and one of their advisors will get back to you asap.