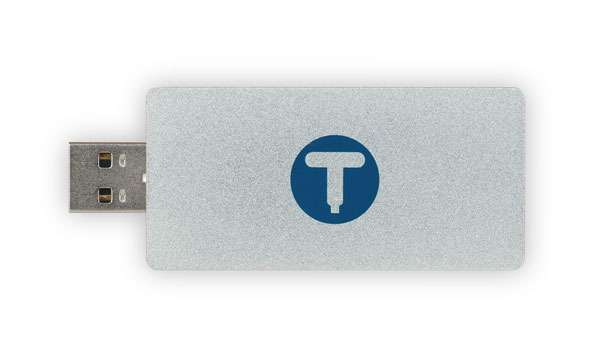 Trueno (Thunder, in Spanish) is a new digitally-controlled mono/paraphonic analog synth, contained in a pocket-sized aluminum case that looks like a USB stick.
Confused? We were too at first. Let’s find out more…

Wait, Is It Really Analog?

Trueno features 3 Voltage Controlled Oscillators (all capable of saw, square and triangle waveforms as well as 256 digital waveforms), VCF, Analog modulation, Amplitude Modulation, Pulse-width Modulation, Filter Frequency Modulation. The oscillators are digitally controlled, which means (among other things) that they only take 10 seconds to be in tune.

Where Are The Knobs? Why Does It Look Like This?

We all know that analog synths don’t come cheap. According to the company, WS Audio Limited, they wanted to make Trueno as affordable as possible, in the same price range of a plugin.
“The most expensive part of these instruments is often the user interface. We figured since most electronic musicians already have access to a MIDI keyboard and a computer; why not get rid of the expensive user interface and instead let you use what you already have.” 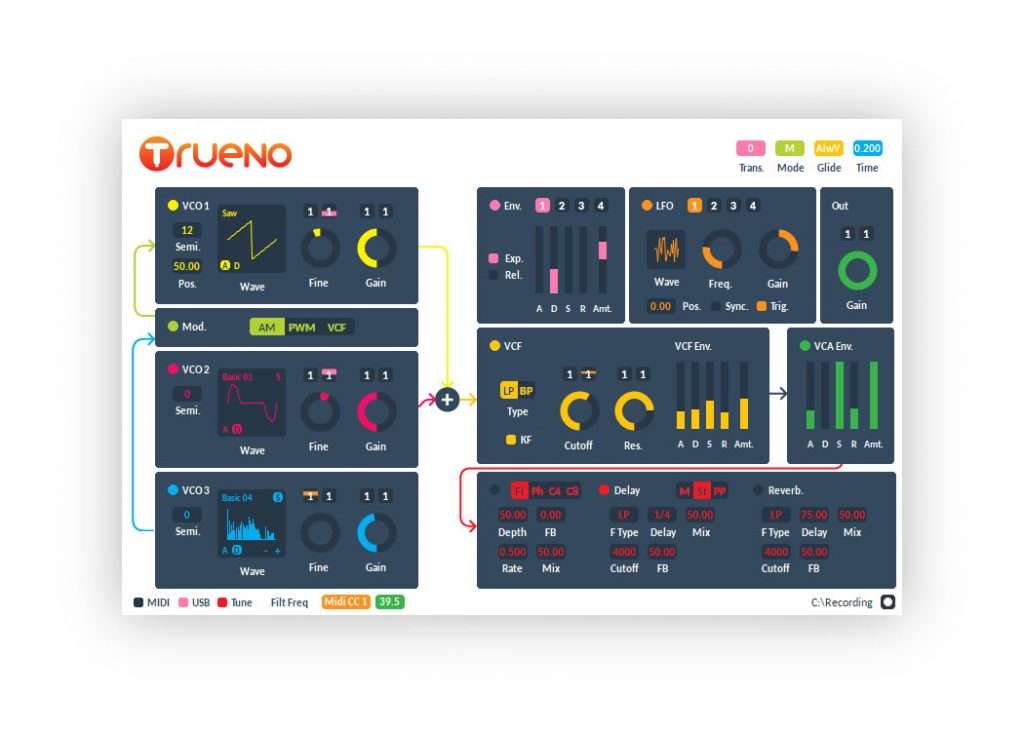 They have a point there, plus with this hybrid digital/analog architecture, they can overcome typical limitations of analog synths (settings recall, etc.).
So, with Trueno you don’t get any knobs, but you get a complete integration with your DAW. It works as a plugin (VST 2, VST 3, AU plus it has a standalone editor) and the no-frills interface is a refreshing change from many of the VSTs we’re used to. 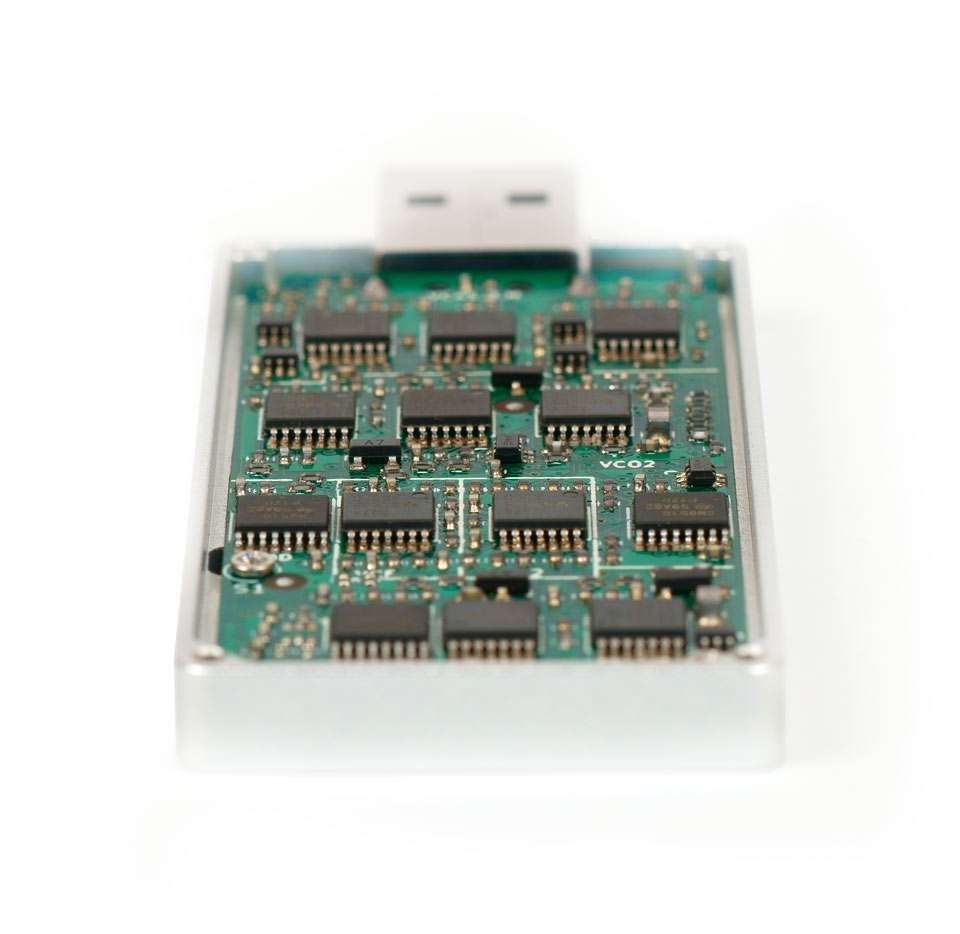 The company describes Trueno as a powerful sounding little beast, capable of very aggressive sounds thanks to the Russian-inspired filter design (they don’t mention it, but we can assume it’s the Polivoks filter).
Check out the demos on the web page to hear some early examples of what Trueno can do.

Will It Run On My Computer?

Trueno works on Windows (32/64 bit Windows 8 or 10) and Mac OS X 10.11 or above.
Looking at the heavy processing the synth is capable of, it might be CPU-intensive. The company says that Trueno requires a ‘relatively modern computer’, which doesn’t really help to answer the question. We’ll have to try and see, as soon as Trueno is available. We hope to put our hands on a test unit soon.

If you’re a tactile analog purist and don’t care about presets and DAW integration, you probably won’t be interested in something like Trueno.
If you’re a VST/DAW user without any analog gear, Trueno might be your first, affordable step into that world.

Needless to say, for Trueno it’s going to be a tough battle up front. Some people will probably dismiss it as an unnecessary dongle (we know the forums, right?), others will wait and see if this is any better than the virtual analog synths they already have in their DAW.
Only time will tell, but Trueno definitely caught our attention with its interesting analog-meets-digital concept.

In the meantime, as I was writing these lines, the skies darkened, it began to rain, and I could hear thunder. Maybe it’s a good sign? 😉

Visit the official website to learn more about Trueno.