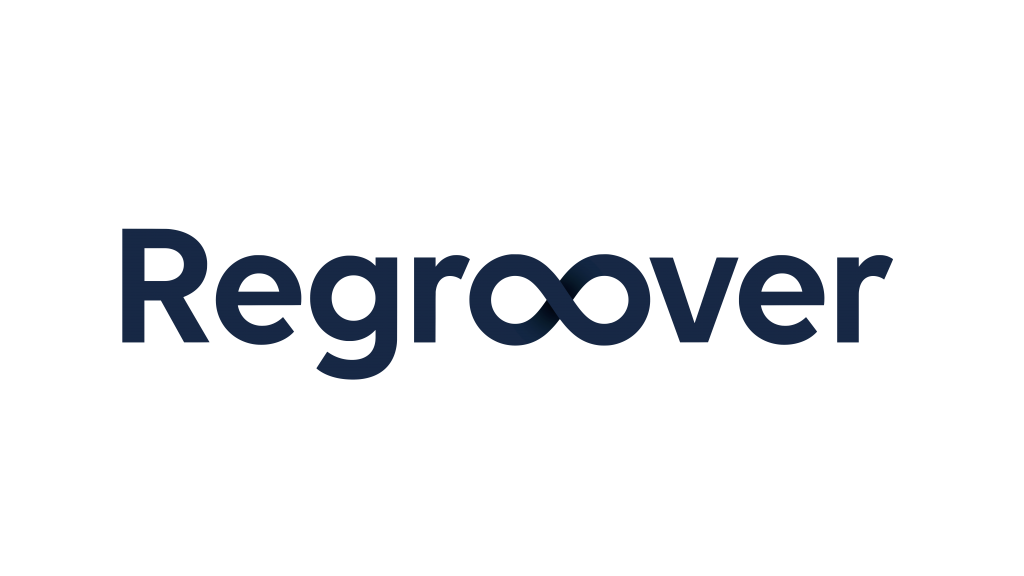 Regroover is a fantastic product to help chew up and spit out less boring looped material.

Pros:
– Frequent updates
– Being able to export each section separately, for further treatments
– Doubles as a sort of sampler, with an MPC-style grid of pad triggers

Cons:
– An Undo feature would be nice

Accusonus have a small stable of powerful and increasingly popular plugins that assist with mix, creation and audio repair. Regroover is a relatively recent addition, and is regularly updated, rapidly increasing its capabilities. I’ll take a quick look at the latest 1.7 version now. 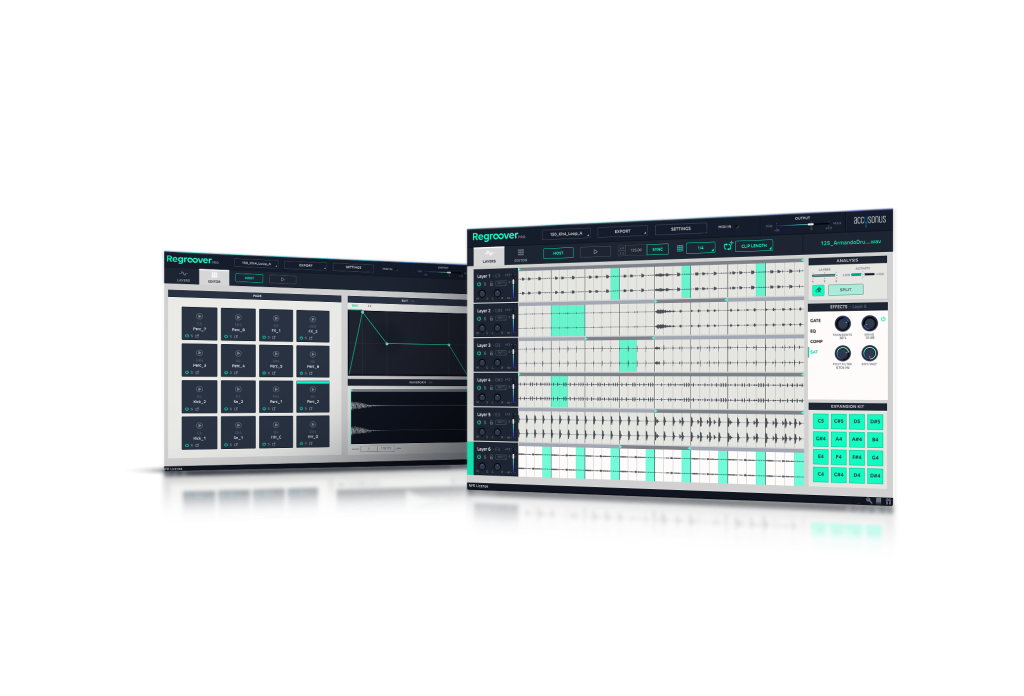 A.I. or Voodoo?
Regroover is a one-window plugin that uses Artificial Intelligence to analyze any audio you drag into the window, splitting it into separate ‘parts’, and then allows you to edit those parts separately. Sounds like voodoo magic? Well, in a way it’s a kind of magic!

You can shove a drum loop in there, select the grid window (what time intervals you want it to split to) and it finds the separate instruments in the clip – kick, snare, hats, percussion for example, and places them on up to 6 separate tracks within the window. You can then edit the length of each track, and tweak the audio with a simple selection of useful built-in effects: EQ, Compressor, Gate, and Saturation. There’s a master limiter to keep control of the sound, in case you get too wild with it.

I found the built-in algorithm fairly good for separating the different elements out. Unsurprisingly it had issues with transients, often being unable to detect the difference between hi-hat and kick transients. However, there’s a solid workaround implemented in this version, which I’ll demonstrate in the video below.
You select the piece of audio you want to move; lock all the tracks you don’t want it to move to, and it seamlessly moves the audio across to the track you want. In this video, the transients of kick and snare are in the wrong places, so I move them about, until we have all the elements separated successfully.

Regroover syncs with host, looping the clip you’ve made, making it easy to place within a piece of music and tweak until it fits the way you want to. From there, you can export each track to separate channels, or export the loop as a mixdown. Whatever effects you add to each track are contained within the export. I found it very useful being able to export each section separately, so I could further treat the tracks.

Regroover is also a sampler of sorts. Once you’ve created the tracks, you can assign them to an MPC style grid of pad triggers, that are MIDI-connected. So you can take hits from the loop, or clips, and trigger them yourself as a performance, recording midi clips. Each pad has controls, such as volume, envelope and reverse. This adds another level of creativity to the whole regroove process. Once you have the sampler set up how you want it, you can save it as an expansion set, that you can reload in different projects if you wish.

Regroover is aimed at beat manipulation (it can breathe new life even into the most boring loops!), but I probably had the most fun using it with other material and seeing what happened. Here I play with a piano part, and loop the different layers that it splits up:

Regroover is a fantastic product to help chew up and spit out less boring looped material. Being able to split the sound into different elements is useful, and adding a computer algorithm means it often splits the sound differently to how you as a human would, sometimes with fantastic results.

With the frequent updates, Regroover fits more and more seamlessly into your workflow, with drag and drop ease of use. The only downside I could find to this fun instrument was any sort of undo functionality. If my experimenting went wrong, I found myself wishing for the ability to re-trace my steps.
(We’ve talked about this with the developers – the undo feature is part of their plans and should be implemented in one of the next updates in 2018.)

As is becoming the norm in the industry, Accusonus have a raft of video tutorials to help you get your way around Regroover as quickly as possible, and get you chopping beats into your own sound.

Accusonus have a sale on for the rest of the month. Regroover Pro is available for a tidy sum of $119 instead of the regular $219. There are deals on expansion packs too if you’d like some inspiration to kick you off.
If you’re wanting to experiment, but don’t wish to pay that much, there’s an Essential version, on sale at $49, but with not as many parameters available. For more info, check them out here.
If you’re a PluginBoutique customer, get Regroover Pro on sale here.