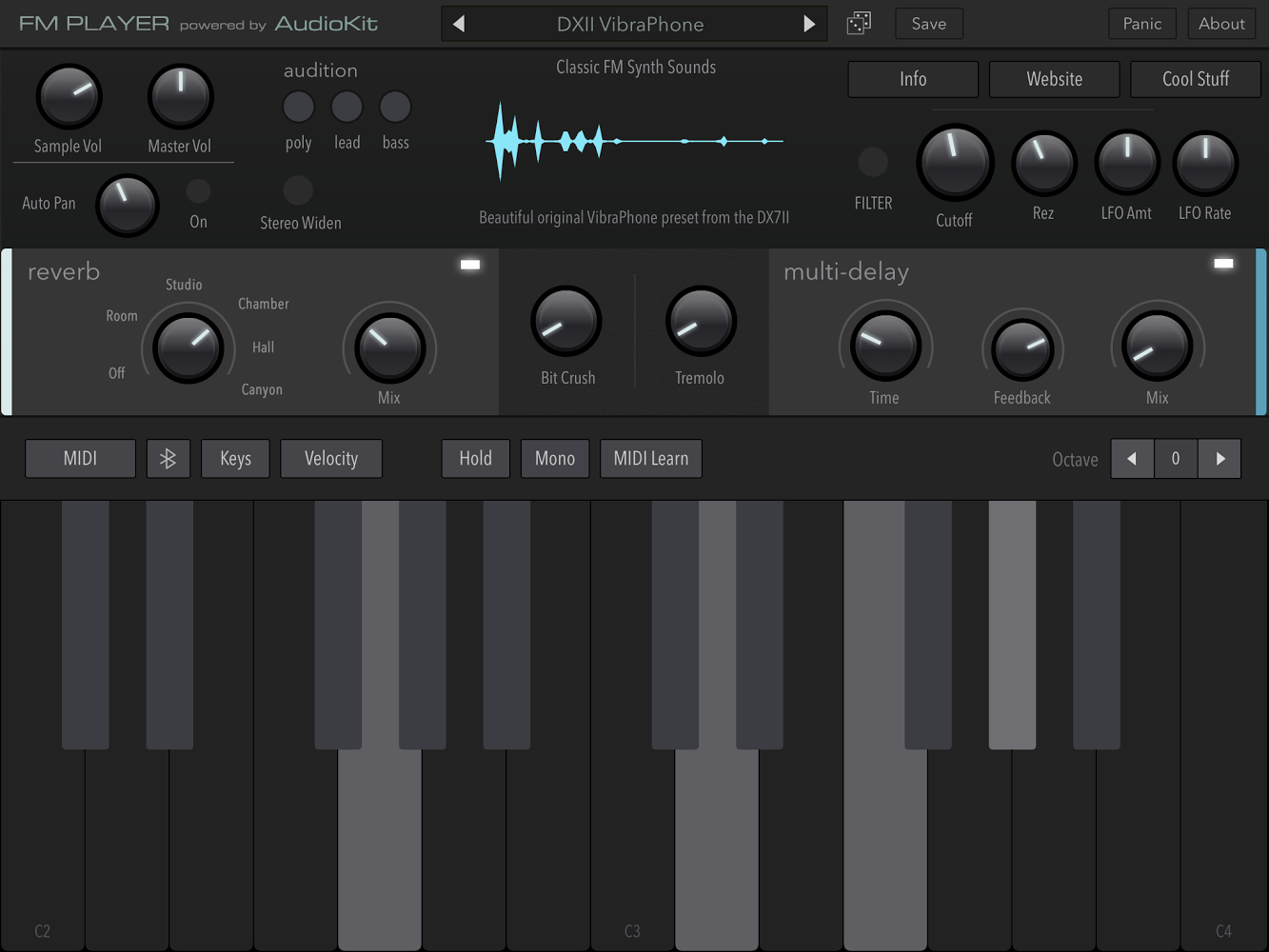 FM Player is a new and totally free iPad app that allows you to play the ubiquitous and classic sounds of the Yamaha DX7 that infused multiple eighties pop hits. The DX7 was one of the first digital synths built on a large scale (200,000 were made) and at a relatively affordable price for the time.

The app is not an emulation but a sample player which allows you to play the actual sound and digital character of the DX7 and it’s instantly recognizable presets. Matthew Fecher from AudioKit has painstakingly multi-sampled an actual DX7 II from the famous Electric Lady Studios in NYC and it sounds great. There is also midi including a useful bluetooth midi button to more quickly link with a bluetooth midi keyboard such as the CME XKey Air used in the demo below. 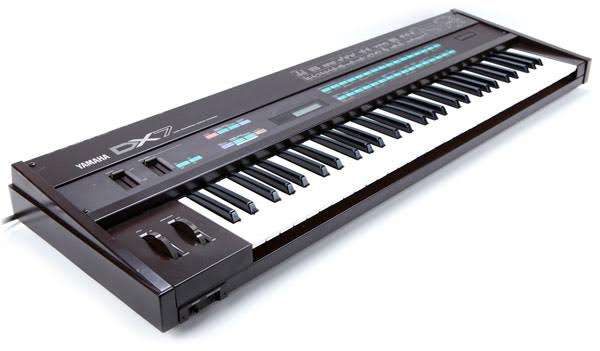 Although there are not lots of sound sculpting options there are some nice additions that allow you to adjust the sound of the raw samples. There is a basic filter with resonance, an LFO, variable auto panning and a stereo widen button. Also included is a nice reverb, bit crush effect, tremolo and a very sweet sounding delay that stands up nicely to live tweaking and feedback.

I am not a huge fan of the character of FM synthesis and usually find the sound a bit cold. FM Player however has a definite warmth to the sound that I was not expecting especially when using some of the filter and effects in combination. I grew up in the eighties and the DX7 sounds did get over used at the time but there is no denying the sounds have a certain nostalgic appeal and are part of the DNA of modern music.
The app is totally free and unlike many “free” apps has no in app purchases so to some extent this review is fairly pointless as you don’t need my opinion to make a choice and should download it and enjoy right now.

FM Player is made with the free and open-source AudioKit framework.

AudioKit was started by Aure Prochazka as a way to make audio development easier for Apple devices. Matthew Fecher who developed FM Player has been involved with AudioKit for 3 years of it’s 4 year life. AudioKit has pre-built oscillators, filters, and effects. Thanks to the contributions of dozens of developers, people new to audio app development are able to create music apps. In fact the source code used in FM Player will also be available free for anyone to make their own iOS sample based app like this for the app store.

Open-source as a concept has been around even longer than AudioKit, the lush sounding reverb in the app is thanks to open-source contributions made over a decade ago by Sean Costello (of Valhalla Reverb fame). Michael Tyson from AudioBus also assisted and provided code allowing this app to use AudioBus 3 midi & audio. Matthew Fecher sums up the open-source and AudioKit philosophy well:
“Everyone that contributes to open-source has the potential to make an exponential impact in bettering people’s lives. Perhaps someone will use this code to get a new job that changes their life. Or, create a piece of music that moves someone and makes their day a little brighter. No one on the AudioKit team gets paid anything. However, it is rewarding that so many apps have been created because of this project. The world would have a little less music without it. (And, a lot less apps would exist)”.

Get FM Player here for free!
Look out in the future for another significant and very generously free offering from AudioKit. Currently in development is the Synth One.
Synth one will be a fully featured professional synth for iOS with analog style filters and delays. It will work as a stand alone app or Audio Unit (AUv3) plug in. You cannot argue with free.