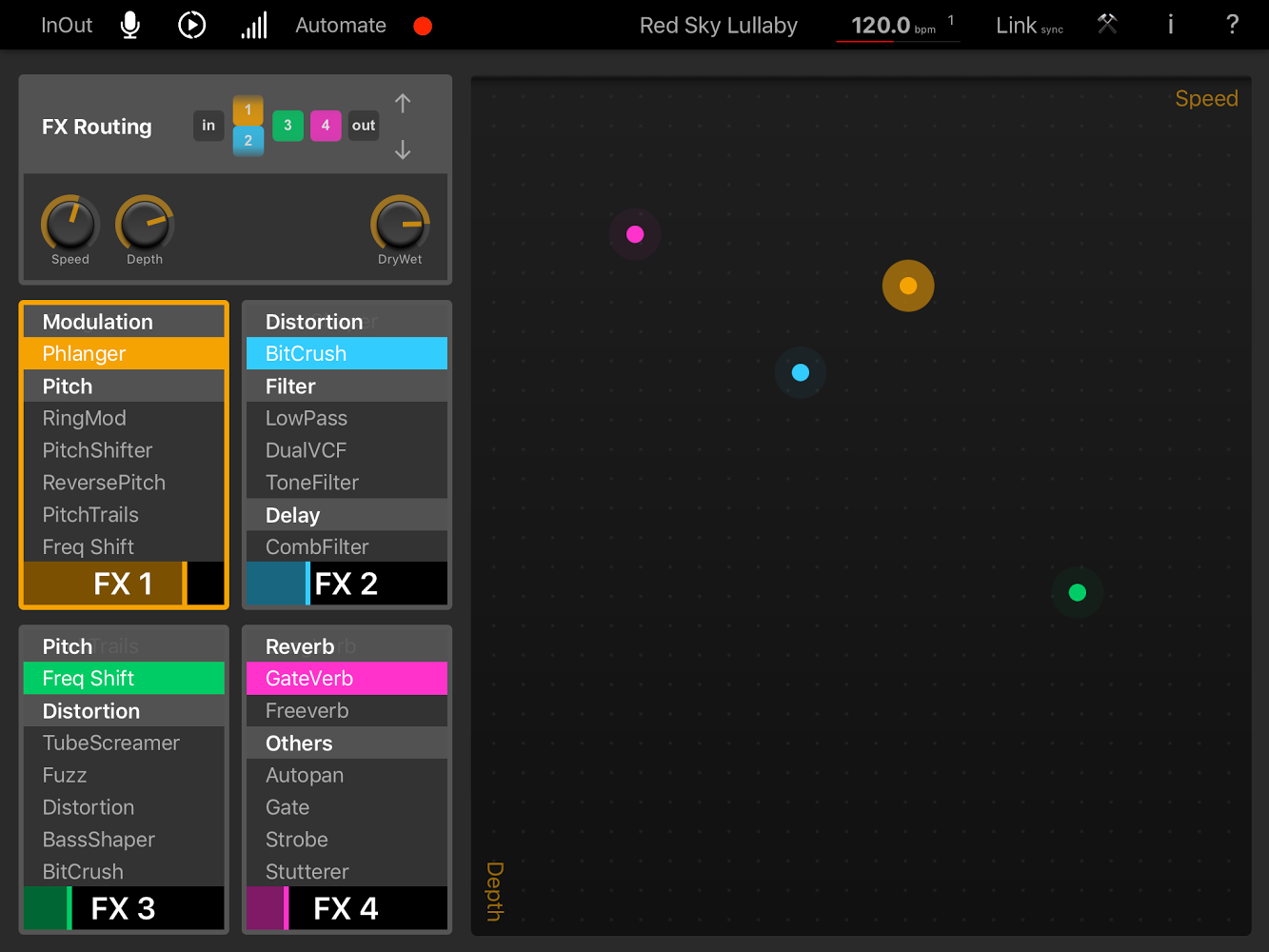 Elastic FX (or EFX, as we will call it here below) is a new app from Elastic Drums developer Oliver Greschke (O-G SUS) and MoM Instruments. It is a very versatile multi effect app that has 4 discrete effect processors that can be routed through each other in multiple ways.

Each of the 4 effect is laid out with the simple and the 2 most used controls for that effect on large korg kaoss style XY pads. The app has Link support that allows it to keep time with other apps which is particularly useful with the delay and stutter effects.

The feature that makes this app “Elastic” and lets you really stretch and bend your sounds is the ability to record parameter automations on the XY pads that can then loop in time with the tempo of your track.

The 32 stereo effects available for each of the 4 channels are divided in to categories including Modulation, Pitch, Distortion, Filter, Delay and Reverb. EFX can be used as a standard multi effect processor, for example to add some chorus and distortion to a guitar line, but excels at more out of the box production and sound design.

As well as the 4 effects there is a master EQ, stereo widener and compressor to tweak the overall sound and an additional stutter effect with XY controls right at the end of the chain. 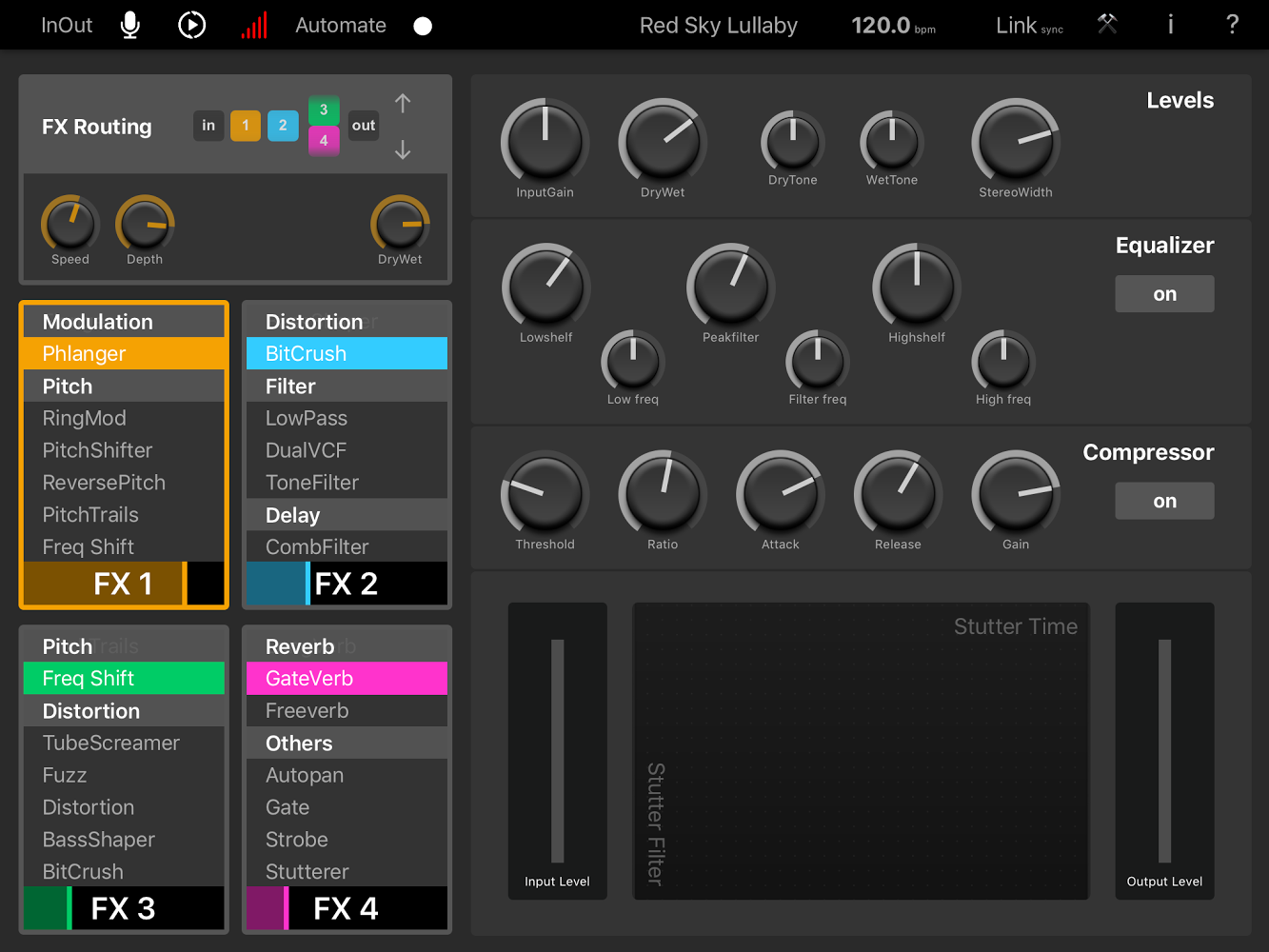 On release, EFX is iPad only but an iPhone/Universal update is in the works. I did not find much not to like about Elastic FX. Being able to use as an Audio Unit (AUv3) effect would be a nice addition for the future but Inter App Audio and Audiobus compatibility suffice to make this a useful tool for many.

Some pro features also included that are far from standard on iOS apps are midi learn capabilities to facilitate use with hardware controllers and also the ability to change presets using midi Program Change messages. 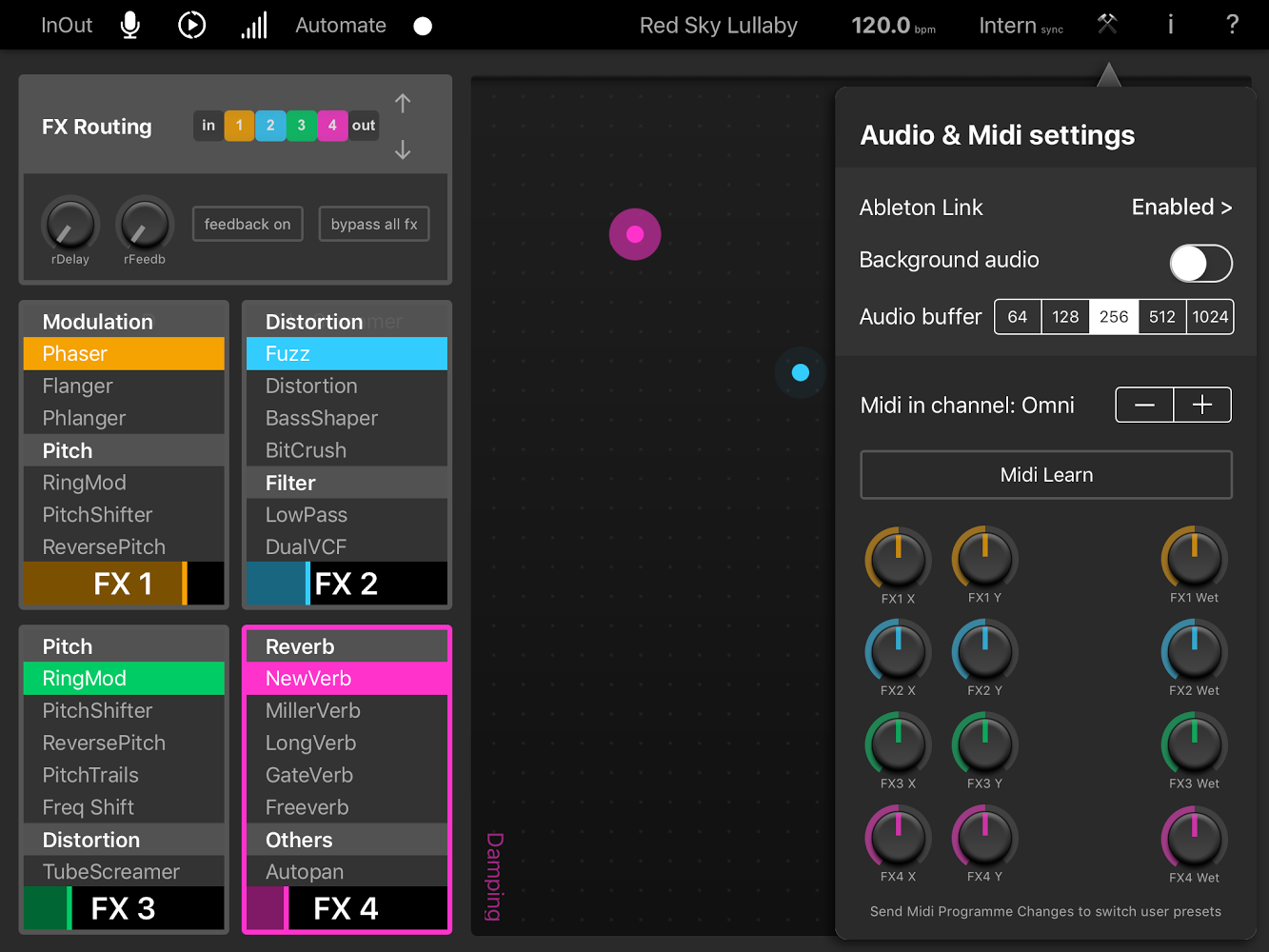 In summary, EFX ($6.99 at the time of writing) is an intelligently designed and fun tool that can be both musical and experimental.