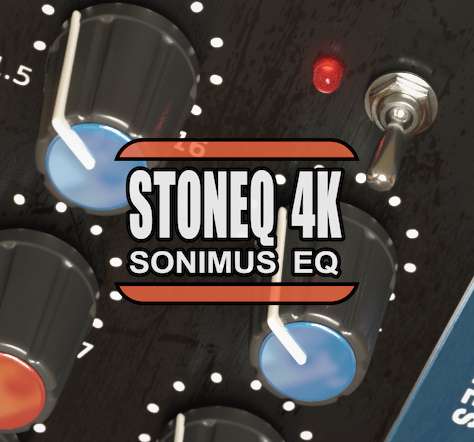 ANR is pleased to help Sonimus announced the release of StonEQ 4k Satson series. StonEQ 4k is inspired by the idea of mixing the best of the 4000 EQ’s two units: the Brown version (which in their opinion is the most musical) and the best features of the Black version.

Differing from the hundreds of analog EQ emulations in the plugin market, StonEQ 4k has its own personality, color and behavior.

It is not, nor does it try to be, a faithful emulation of the original EQ.

For instance, when using the “Width” control, you will notice that from 0% to 49% the equalizer is rather surgical — mostly used to “repair” audio as well as to eliminate unwanted resonances or frequencies.

In this sense, the band behaves more like the Black unit. However, when employing a width from 50% to 100%, the band will become much more musical.

In addition, StonEQ 4k features its own unique form of saturation, ranging from subtle to aggressive.

Find out more from the guys at Sonimus!