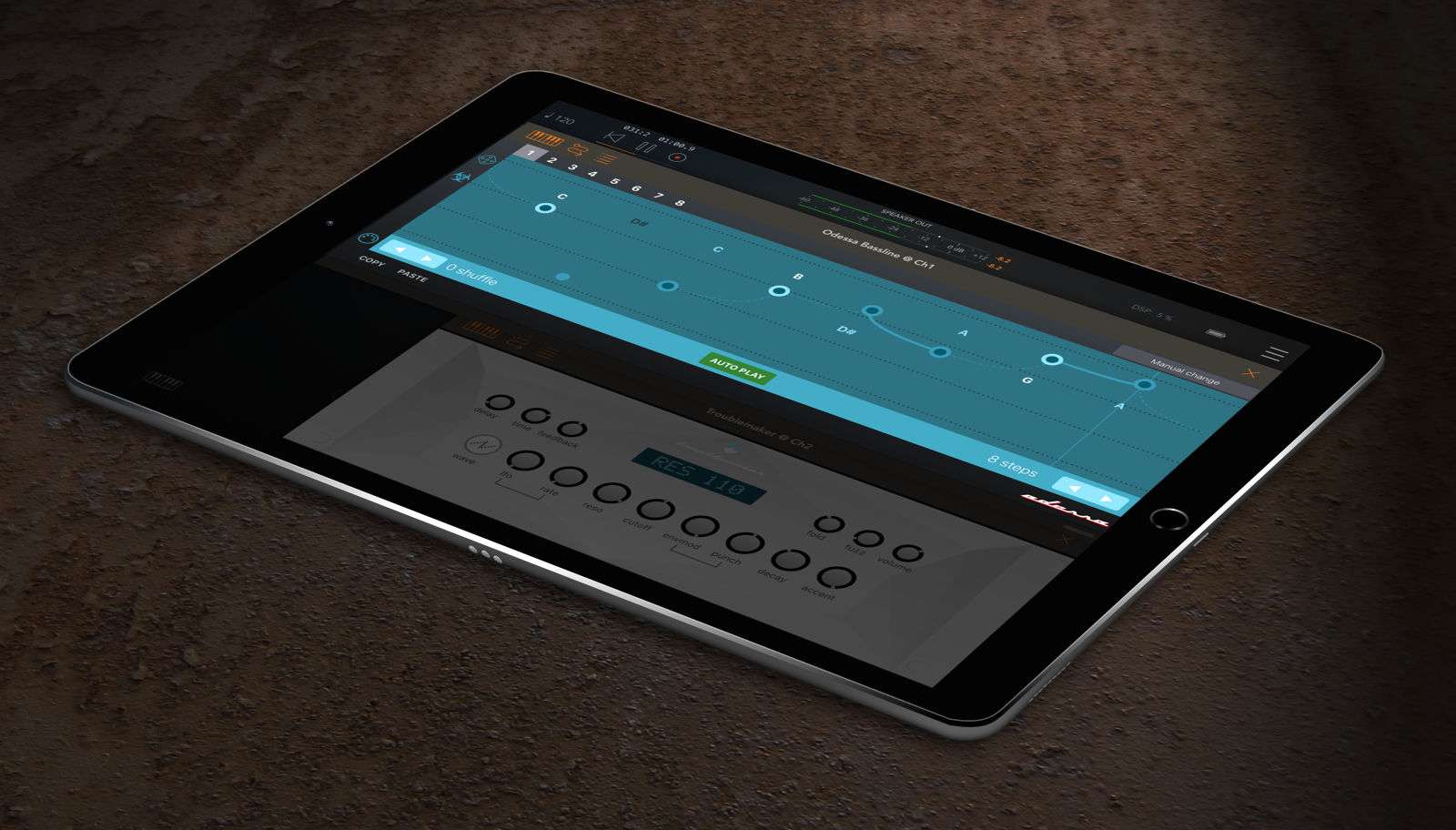 This is not your average app (and it has nothing to do with the Bee Gees, in case you’re old enough to wonder!).
iOS11 has quietly introduced MIDI Audio Units – AU plugins which can send out MIDI. Odessa (now named Rozeta due to possible copyright infringement) is the first collection of plugins specifically designed for this purpose on iOS.

In its 1.0 version the app contains 6 different AU plugins:

1) Odessa Bassline – a monosequencer, much like the one found in Troublemaker
2) Odessa Rhythm – a Euclidean drum sequencer, set up to work with any drum app
3) Odessa X0X – a classic TR-808 styled step sequencer, with triplets and polyrhythms
4) Odessa LFO – 3x MIDI CC LFO generator (unlimited LFOs, because AU! ;-))
5) Odessa XY – a configurable XY Pad Controller with pitchbend and modwheel support
6) Odessa Arpeggio – adds an arpeggiator to any synth you own

Rozeta’s MIDI plugins are extremely lightweight; each instance has a memory footprint of less than 512Kb and a typical CPU load (on an Air2) of 2-4%. You’ll barely notice they’re running.

MIDI AU plugins require iOS 11 and a compatible AU host which lets you route outgoing MIDI to other MIDI destinations. The amazing Kymatica AUM is the first host to support this (and Rozeta was developed in close cooperation with Kymatica’s Jonatan Liljedahl to make sure plugins and host will work together seamlessly).

Since this is a rather new paradigm of chaining music apps together, it’s going to be interesting to see how people will apply the AU MIDI concept in their workflows.
The developer told us that future additions to the plugin suite will surely be influenced by emerging insights. So it’s going to be an exciting time!


Price and Availability
Odessa (now Rozeta) is available for $9.99 on the App Store.