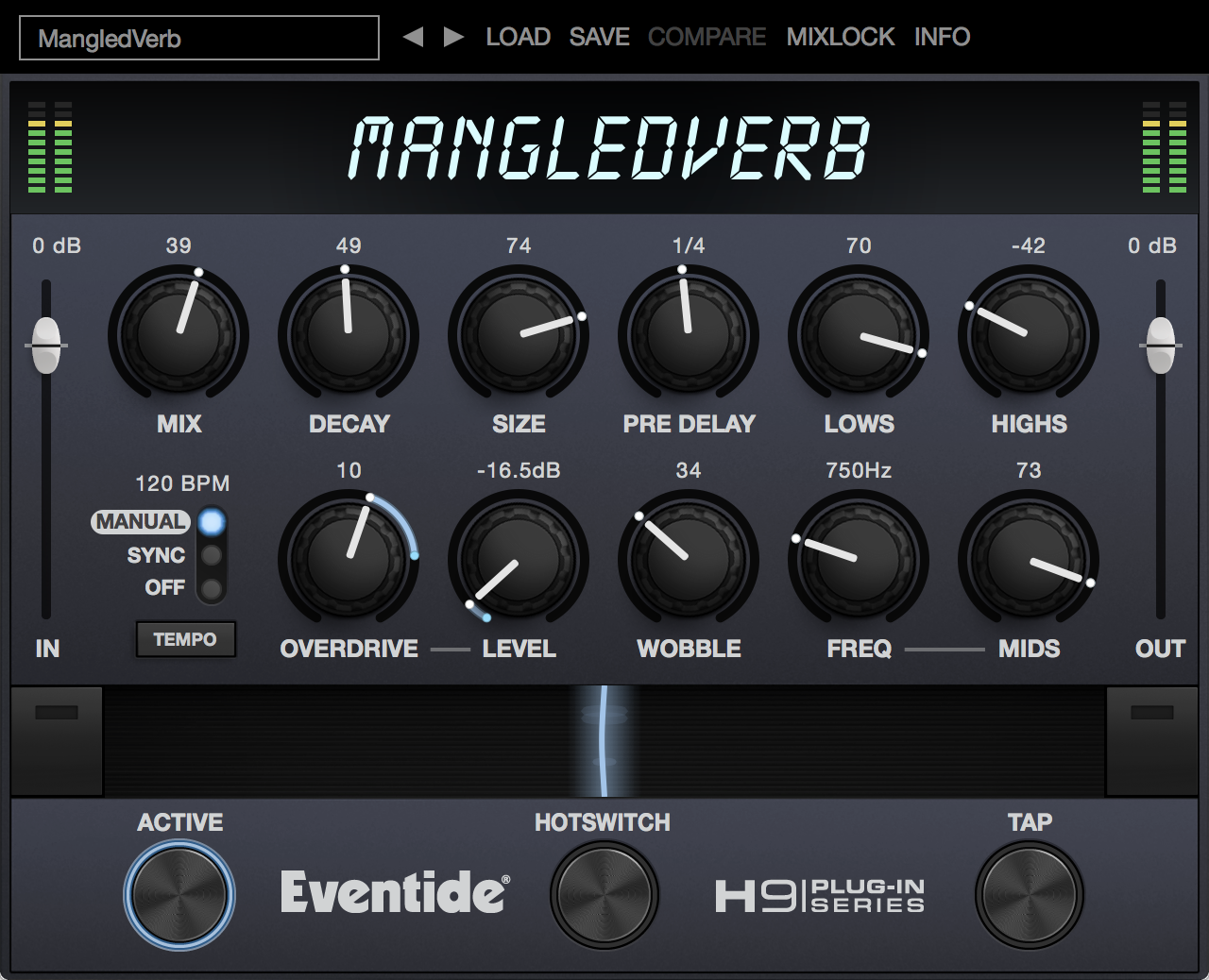 Eventide just announced the immediate availability of its MangledVerb reverb plug-in as the newest in its H9 Signature Series.

MangledVerb is one of my favorite effects on the Eventide Space and H9 pedals (it was first introduced with the Eclipse rack unit) and it’s exciting to have it available as a plugin in our DAWs.

MangledVerb combines reverb and distortion, providing power to create unique spaces full of beauty or drenched in mayhem, with complete control over all the elements.

Eventide has repurposed MangledVerb for anyone working ‘in the box’ by following in the footsteps of the first H9 Signature Series plug-in, UltraTap, drawing from some of the most popular and powerful algorithms from its award-winning H9 Harmonizer® Effects Processor stompbox.

Designed for real-time manipulation, MangledVerb features The Ribbon, an innovative control that allows anyone to program two settings for any combination of the controls to transition between them.

The programmable HOTSWITCH helps push creativity further still by enabling users to instantly jump to an alternative setting at the push of a button. Other controls include PRE DELAY, reverb DECAY time and enclosure SIZE, OVERDRIVE, and pre- distortion (post-reverb) equalization, as well as a proprietary WOBBLE parameter. This combination of controls is intended to make MangledVerb as close as possible to the experience of tweaking real hardware.

“I encourage everyone to check out the free demo of MangledVerb,” says Eventide Product Specialist Alan Chaput. “Frankly, it’s a challenge to find words to describe its sonic possibilities. The best I can do is to say that it creates sounds that range from the light friction of a bow scraping a cello string to the mayhem of a caged beast being poked with a red-hot flounder!”

Fortunately, MangledVerb comes complete with over 180 presets from acclaimed artists including Christian Cassan, Richard Devine, and Vernon Reid — enough to whet any appetite before delving deeper into this extraordinary effect.

MangledVerb is available — as an AAX/AU/VST plug-in for Mac OS X 10.7+ and Windows 7+ — at an introductory price of $49.00 USD until November 30, 2017 (rising to an MSRP of $79.00 USD thereafter) from Eventide dealers and its website (A fully-functional 30-day demo version is available; MangledVerb is also available as part of Eventide’s Ensemble Subscription bundle)