As previously announced here on ANR, Samplebot ($4.99 or equivalent in your currency) is a new and accessible sampler app by A Tasty Pixel aka Michael Tyson developer of Loopy HD and co-developer of Audiobus. It works on iPhone and iPad. 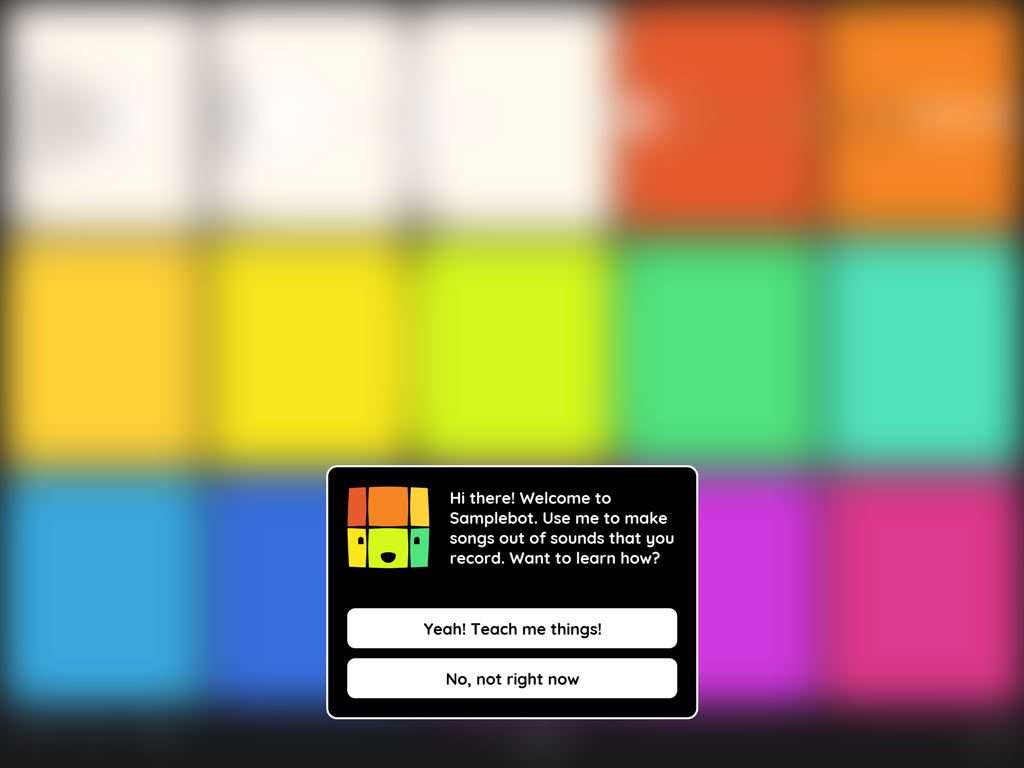 Opening up the app you get a tutorial that walks you through the basics of recording samples, looping and the sequencer. The app is really simple to use and anyone without any knowledge of music could easily pick up the basics and have some fun with this app. Simply tap a pad to start and stop sample recording. Left swipe on a pad gives you some basic edit options per sample (Trim, Volume, Pan). 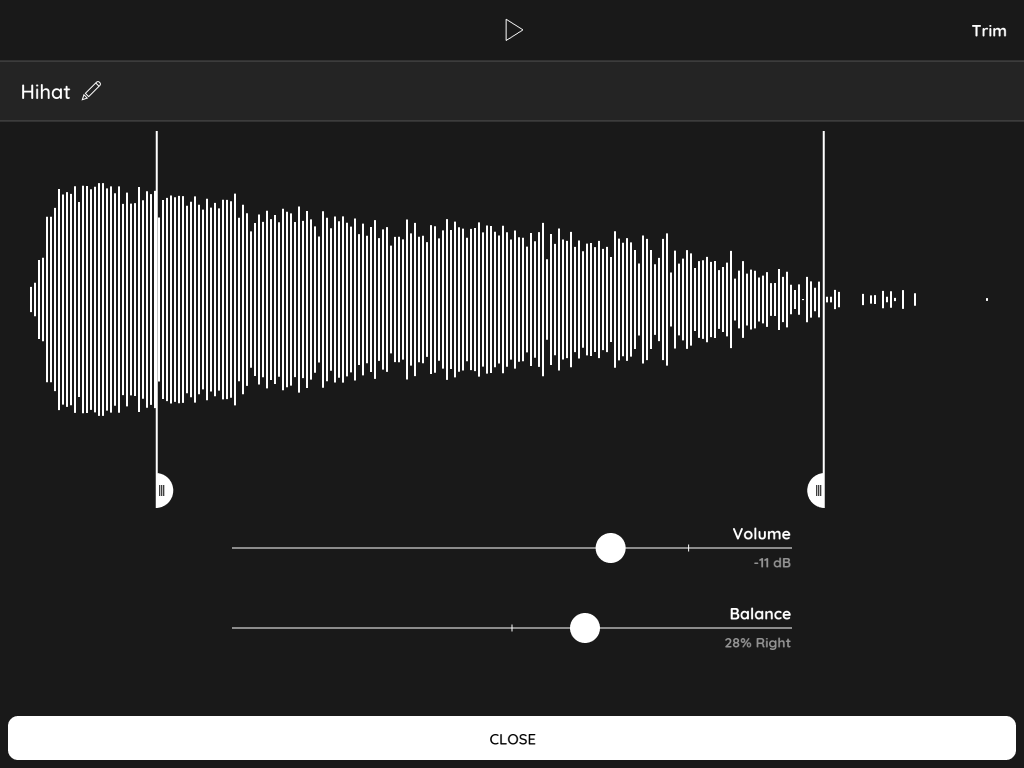 The sequencer is fairly easy to use. You can record in to the sequencer by finger drumming on the pads or by entering notes directly in the sequencer. The sequencer also has a basic quantize if your finger drumming is a little off beat. Dragging notes around and trying to edit a sequence on the iPhone5s that I tested on was an exercise in futility only for those with extreme patience or very small fingers. The editing was much smoother on the iPad and I am sure the newer larger screen iPhones are probably more useable for editing a sequence. 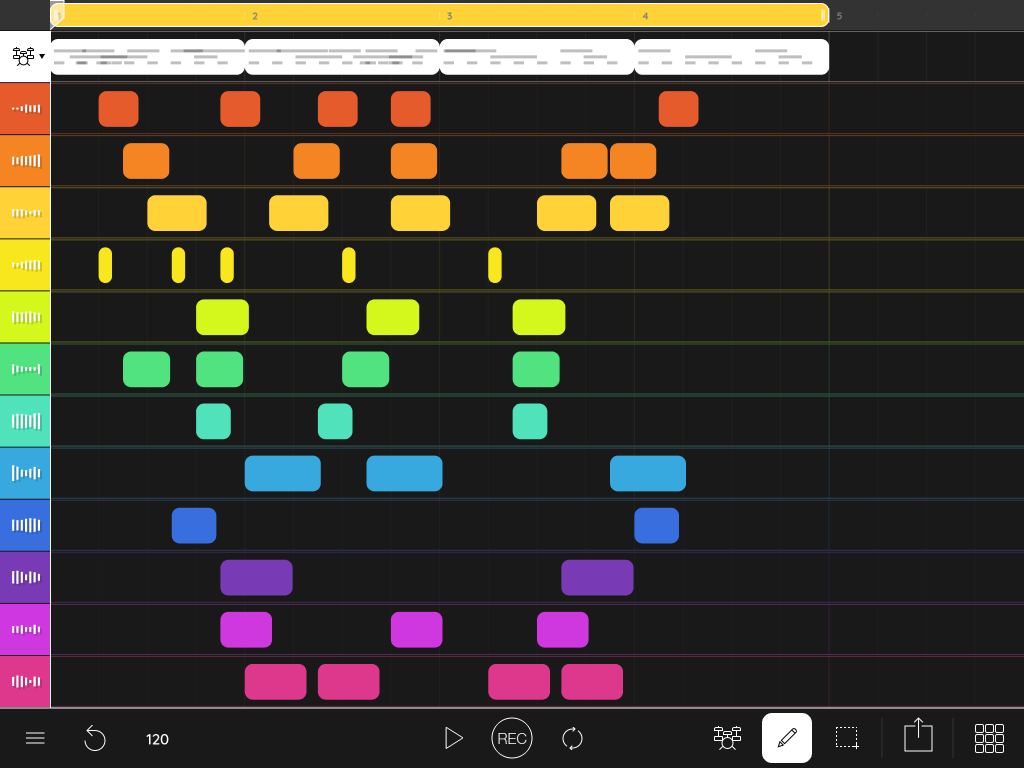 Samplebot has a playful and colourful interface and is probably aimed at the more playful end of the market. Kids getting in to music making could easily love the ease and accessibility of this app. The positive aspects of the app could be considered by others to be negative points. The simplicity of the app does mean it is fairly limited for producing a full song. You could however easily get a spark of inspiration from the fun nature of Samplebot and end up with a loop you could export somewhere else to incorporate in to a more produced song.

If you are looking for sampler apps with a similar sample and play workflow but a bit more production potential you may want to look at Werkbench or Yellofier. Samplr or Beatmaker 3 will definitely give you even more sample twisting potential.

Though it does include some midi options and sample import from other apps Samplebot is not trying to be a professional sampling tool. With a few additions it could become a useful jump off point for more produced tracks. I would love to see the addition of swing options for the quantize, maybe some randomization of patterns on the sequencer, some basic pitch editing, a simple filter and effects.

In summary Samplebot is probably not going to be of huge value to you if you are already using apps like Werkbench, Egoist or Samplr in your music. It is however a fun and well designed app to quickly get some loops going or as an introduction to those not familiar with the joys of sampling.