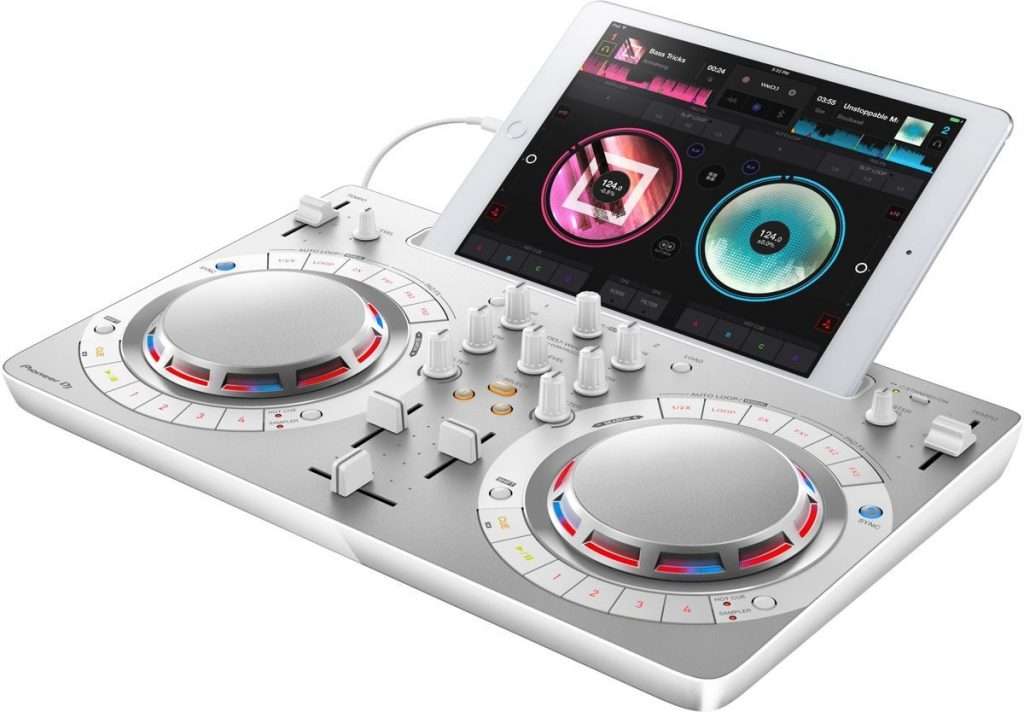 If last night (or at some point in your life) a DJ saved your life, this story is for you.
I was in my early 20’s when I wanted to become a DJ. I bought some turntables (an SL-1200 in poor condition and an entry-level clone), a bunch of 12″ and I spent countless nights trying to hone my skills. Long story short, after some months I realized I was much better at playing music than spinning records so I decided to focus on my synths and music toys instead.

I always kept an eye on the evolution of DJ tools and technologies though, and this Summer I decided to take the plunge again. The postman always rings twice, right?

My plan was simple: I needed a portable, compact controller that I could use with my iPad for open air and indoor events. After considering several controllers, I chose the Pioneer DDJ-WeGO4 (available in black and silver – I went with silver), a compact DJ controller for iOS, Android, Mac OS and Windows devices.

The reason for my choice? It simply ticks all my boxes. I can fit it in my backpack (together with the iPad, cables, etc.), it charges the iPad while in use, it doesn’t need an extra audio interface, it’s straightforward to use and sleek enough to be a conversation piece. Maybe not with Morrissey, but still…

It’s Got The Look

The DDJ-WeGO4 features two decently-sized jog-wheels, four cue buttons, three effects buttons, Pad FX, sampler and loop options on each of the decks. It may be plastic, but it looks and feels nice, with the quality you would expect from a brand like Pioneer.
Also, you get all the must-have features like two-band EQ (I hear you, there were three on the previous model, personally not a big deal) plus a filter knob for each channel, an RCA Master output, a 1/4″ mic input, a USB socket for connecting a Lightning, a USB jack for connecting to your laptop, 1/4″ and 1/8″ headphone jacks.

Everything is where it should be, very practical even if you’re new to the art of mixing.
If you are a vinyl-kind of guy (like me), at first the tactile experience with the jogwheels and the iPad screen might be a bit weird. But once you realize you don’t have to carry that hefty bag of 7″ and 12″ with you anymore, you’ll be relieved.

I also love the fact that the controller charges the iPad while playing, so I can leave the iPad’s adapter at home.

To be honest, I’m not a fan of those disco lights around the jogwheels, but younger users might like them.
It’s worth mentioning that the unit is equipped with two different types of pulse mode (illumination lighted/flashing mode). To access the second, more moderate mode, you need to use the Headphones Select Master button (you’ll find the details in the manual, see the Changing The Settings section).

If death is pretty final, I’m collecting vinyl
I’m gonna DJ at the end of the world
(R.E.M)

Rekordbox DJ is Pioneer’s music management and performance flagship software for Mac and Windows, but I wasn’t contemplating using a laptop in my performances so I opted for a couple of iOS apps, Pioneer’s WeDJ and Algoriddim’s Djay 2 (both priced at $4.99 or equivalent in your currency – FYI: Djay 2 has a limited free version, while WeDJ is free for iPhone and with IAPs for Android).

Djay 2 is an iconic app and rightly so. I used to run it on my Mac, but the iPad version doesn’t make me miss my laptop.
The app just works, and it’s as easy to use and solid as it gets. It immediately recognized the Pioneer controller and supported all its features.

I also explored the in-app purchases (I got the Complete FX pack for extra $9.99 with 5 packs), because… you can never have enough FX.
They were developed by Sugar Bytes (which means business!). Now, some of them are cheesy indeed, but there are some cool ones that you might want to add if you like to add granular/spacey touches to your tracks.

Given I was more familiar with Djay, that’s the app I used the most while performing, but Pioneer’s WeDJ is no slouch either. The app is still in its infancy but proves to be very promising.
I actually like some parts of the visual interface better than Djay 2 (the playlists, for instance, are much easier to navigate – they are full screen rather than the tiny pop-up used by Djay 2). 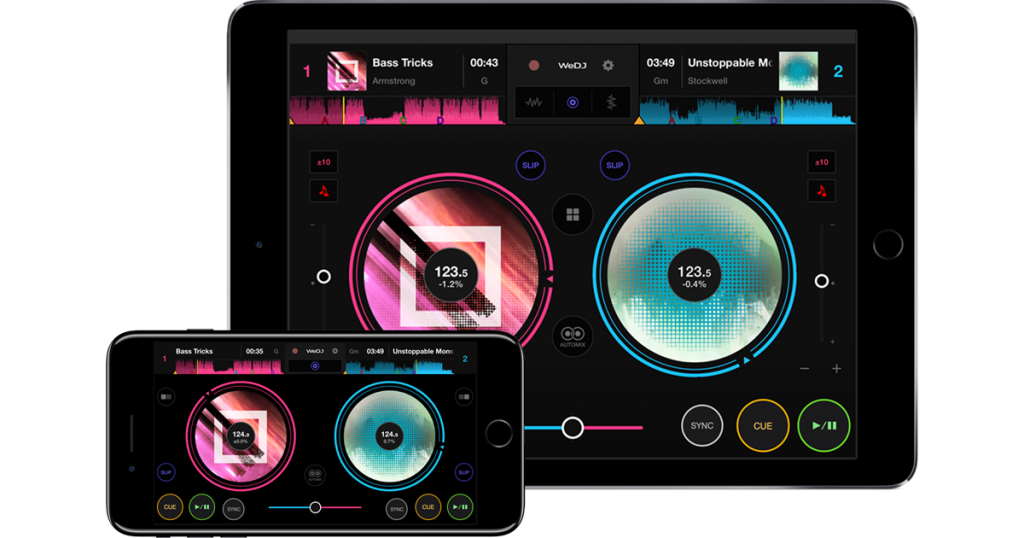 WeDJ is not as refined as its older competitor (it lacks, for instance, some of the advanced settings I love in Djay 2 – the automatic selection of the inactive deck to play through headphones). I’ve also encountered a few bugs here and there, but I’m confident Pioneer will release some updates soon (right guys? Last update was in January, although they recently released the Android version).

On The Road and On The Beach

After a few months of testing in different settings (from birthday parties to more challenging environments – including salty and rocky waves by the beach!), I can say that the DDJ-WeGO4 proved to be a reliable controller.

Sure, it’s mostly made of plastic and it’s not the kind of device you would use if you’re a pro DJ, but it’s definitely more solid than you would think at a first glance. Mine still works perfectly fine, despite the challenges it had to face (no, I didn’t spill my cocktails on it, if you’re wondering!).

For the ultimate portability experience (whenever the venue was lacking a mixer), I’ve often used the Pioneer controller in combination with another favorite here at ANR, the Keith McMillen K-MIX (see our K-MIX review).

Despite a few niggles (some random connection issues with the iPad – be sure to connect the unit and the AC adapter first, and then connect the iPhone/iPad – in case quit all running apps and try restarting the iOS device), I’m really happy with my DDJ-WeGO4 and I would totally recommend it to anyone wanting to get into digital DJing.

What’s not to like? It’s affordable ($299, £249, €299 – available in most retail store and on Amazon US / UK /Europe/Other Countries), extremely light and compact (being able to carry the entire setup in a standard backpack is a huge plus in my book!) and it plays well with the main DJ software applications.
If you’re using a laptop, the included rekordbox DJ is all you need to get started, while if you go mobile I recommend checking both the well established Djay 2 (my favorite) and the new kid in town, WeDJ.

To read more about the DDJ-WeGO4, please visit the Pioneer’s web page.