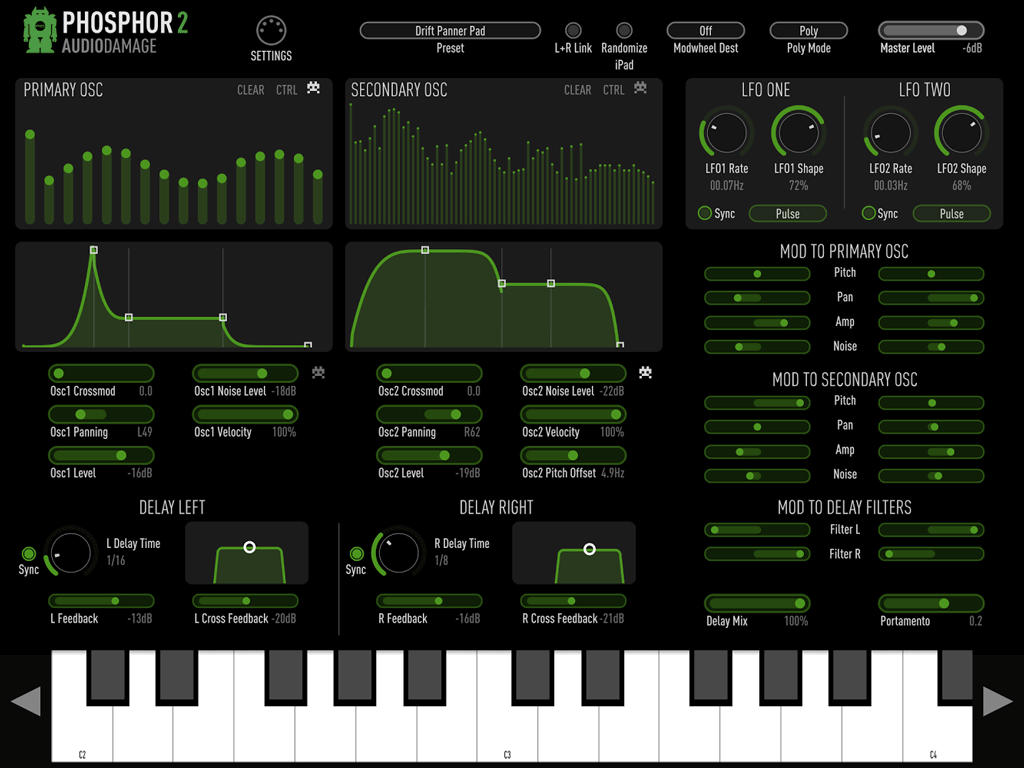 Audio Damage are on a roll with seven iOS apps released in a little over one month. With a strong focus on Audio Unit compatibility they are very quickly making an impact on the direction and expectations for professional plug ins on iOS.

The offerings so far are mainly ports of successful desktop plug ins. They include a free compressor (Rough Rider 2), a free distortion/feedback (Fuzz Plus 3), reverb (EOS2), delay (Dubstation 2), distortion/saturation (Grind) and an excellent tempo based buffer effect (Replicant 2 – the old desktop version has been for years one of our favorite sound mangling tools and it’s great to have it on the iPad!).

Phosphor 2 is Audio Damage’s first iOS synth release and is a unique and capable little synth. It is an additive digital synth based on the alphaSyntauri.

Released in 1980 it was a kind of hybrid softsynth many many years before softsynths were a thing.
It is easy to forget what a lucky time we live in when we can buy a synth for pocket change. The alphaSyntauri was $1500 in 1980 and additionally needed an Apple II computer for it’s processing power to make any noise at all. It was considered cheap at a time when its main rivals (the Fairlight and Synclavier) cost more than twice the average annual salary.

I am maybe in a minority in terms of not being a huge fan of eighties digital synth sounds. To me they often fall in to one of two camps, too cheesy or too cold. Phosphor 2 is definitely digital in its sound palette but it also has a grittiness and warmth often missing in “digital” sound. 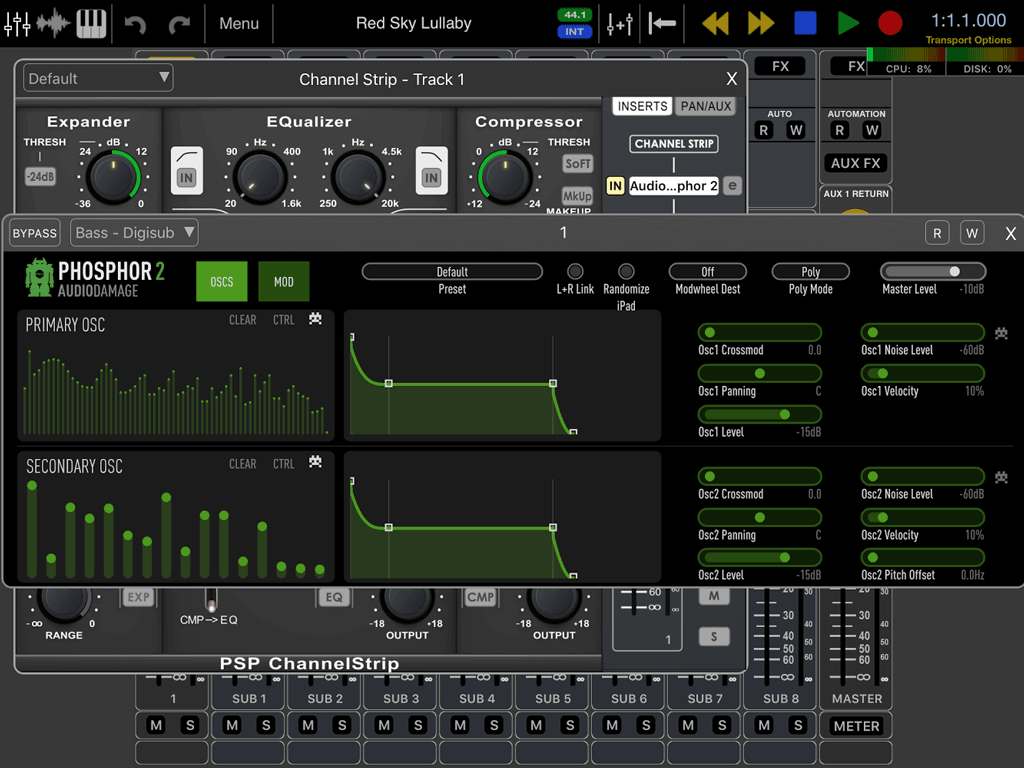 The interface is simple and well laid out within a single screen in standalone and Inter App Audio mode and two pages as an Audio Unit. Phosphor has a primary and a secondary Oscillator both of which have separate modulation options for pitch, pan, amplitude and noise. There are also two LFOs with waveshape and sync options. The envelopes are regular ADSR type but with the added benefit of numerous curves available with the drag of your finger. The Oscillators allow settings of 16, 32 or 64 partials each and you can adjust these with your finger to draw your own oscillator shapes and add harmonics. Also included are some quality sounding delays with filter, modulation and feedback options. These effects can add a nice movement and warmth to what can be quite harsh digital sounds.

Making your own sounds is pretty simple and there is no real need to know what each control does if you just trust your ears. The inclusion of a Randomize button makes getting unexpected starting points to tweak from a breeze.

In conclusion Phosphor is a unique sounding iOS synth for a very reasonable price ($5.99 at the time of writing). The sound may not be for everyone, it can be harshly and aggressively digital sounding but for some that will also be its appeal. You can get it here.