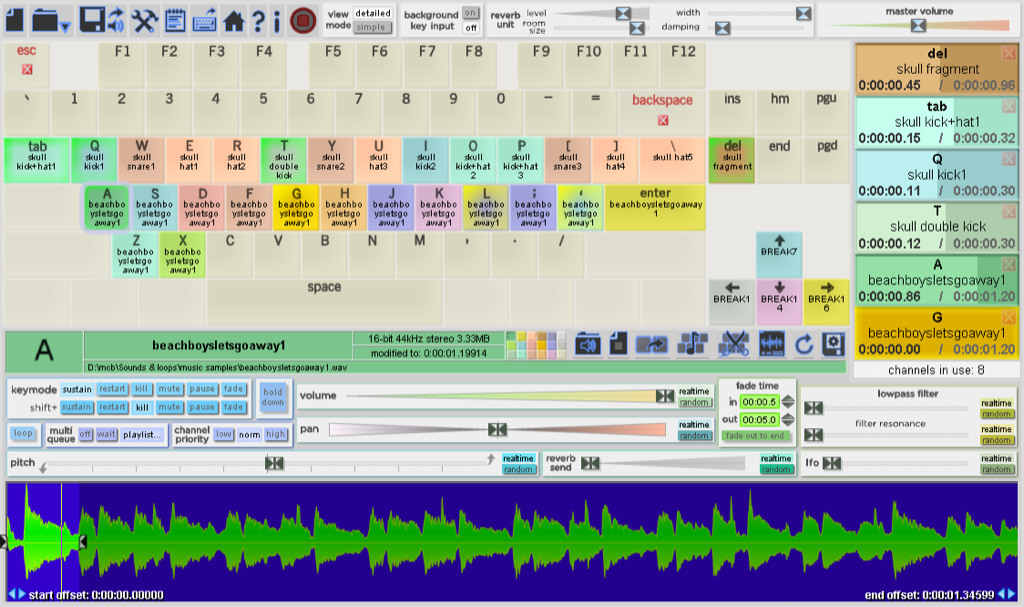 Have you ever wished you could use your computer keyboard as a sample player device?
Well, you actually can, thanks to Soundlplant, a software for Mac and Windows that turns the standard QWERTY keyboard into a playable instrument with ultra low latency, allowing the instant playback of any format sound files on 72 keyboard keys with no need for extra hardware.

Soundplant turns the standard QWERTY keyboard into a playable instrument with ultra low latency, allowing the instant playback of any format sound files on 72 keyboard keys with no need for extra hardware.

Also new in v.45 are a global ‘fade out all’ function, recording quality improved to 32-bit, reduced CPU usage, faster sound loading, contextual help, and many other improvements and bug fixes.

Soundplant intuitively turns an input device you’ve been practicing on for as long as you’ve been typing into a versatile multitrack playback tool. Now in its 18th year, the venerable $50 program has found wide use in studios, theaters, clubs, stadiums, and classrooms.

Here is another beat demo you can peruse:

Soundplant is offered as a free download at the Soundplant website which includes a 25-launch trial of the registered features.