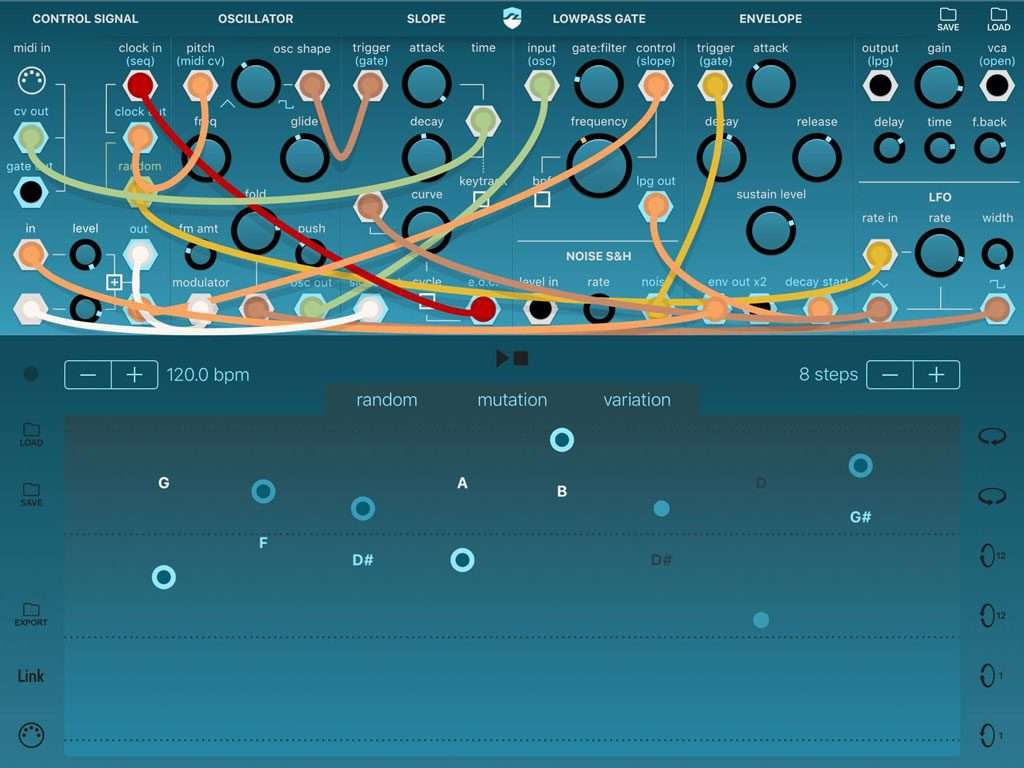 This app is small but deceptively spacious with a very simple user interface consisting an addictive little sequencer (with a random pattern generator with scale locks and a realtime probability-based mutation engine) for injecting notes into the sound generator up top.

The sound generation as with many modulars is beautifully unpredictable. You can lose yourself in a time hole of rich bleeps and blurps without necessarily knowing your cv out from your gate:filter.

Running as an Audio Unit in your DAW or AUM you will need to send it some notes from somewhere other than the built in sequencer. Ripplemaker does work nicely via Inter App Audio and Audiobus if you do want to be able to record into your DAW using the inbuilt sequencer though.

A Great Place To Start

Ripplemaker is a great place to start if the thought of modular apps does not generally appeal or you have previously broken into a cold sweat of shame as you spent half an hour fumbling with virtual patch cables trying to get a more fully featured modular to even make a damn sound.

The simplicity factor is helped by the fact that even an initialized (blank) patch with no cables connected will make a sound because some sensible basic connections are already working in the background.

In terms of sounds, I was pleasantly surprised to be able to generate some useful and musical sounds as well as the more out there but equally enjoyable space robot flatulence associated with modular synthesizers.

The inclusion of sync via Ableton Link or Midi and the fact that AU lets you layer up as many instances as your device can handle makes this a useful weapon in your iOS app arsenal.

If you would like to read more about the app, there’s also an extensive PDF manual available here.

Here’s a demo video of Ripplemaker I made a few days ago….

Things I think would be great additions would be to make the sequencer accessible when using as an Audio Unit (Perhaps by a simple slide over to a sequencer panel in the AU). The patch saving also can be a little confusing initially as if you generate a nice sequence and save a patch within the the upper AU section it does not save the sequence just your sound. To save the whole “patch” (sound and sequence) you need to save in the lower sequencer section of the app. 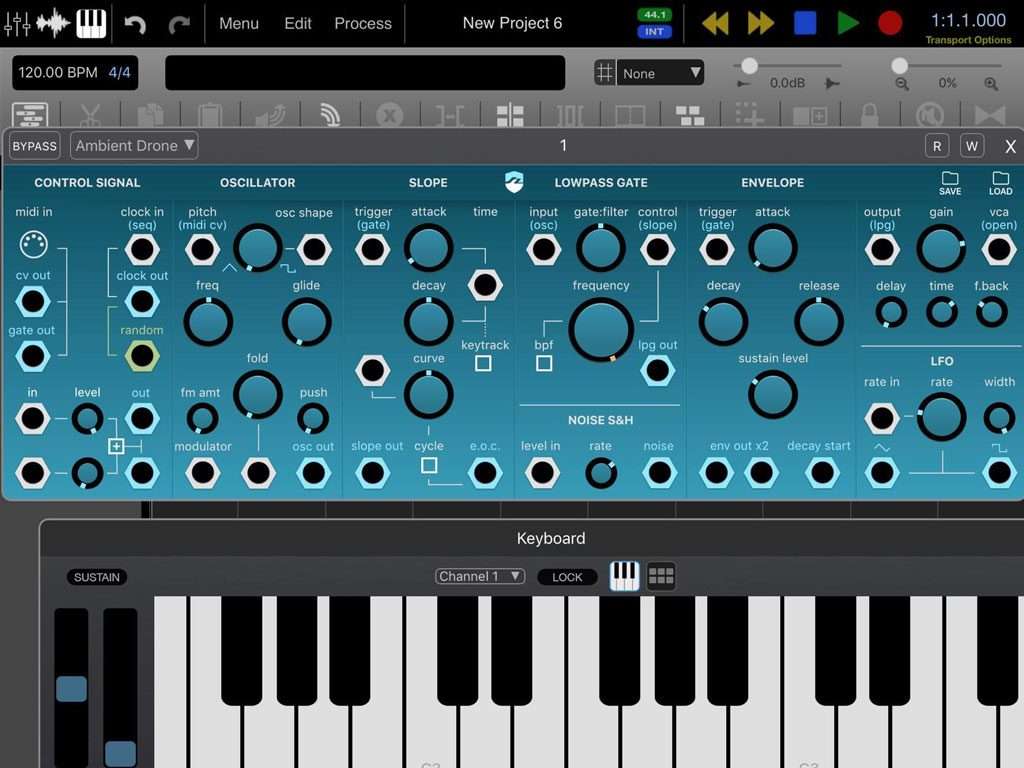 In summary, Ripplemaker is a well designed and capable modular app that could easily act as a gateway drug to more complex modular apps like AnalogKit and Audulus3 (or actual hardware semi-modular synthesizers like the 0-Coast featured in our 2016 Sonic Joy awards).

Unlike hardware modular addictions, however, an iOS modular craving is not likely to leave your family out on the street and at $8.99 I think this is a great buy.