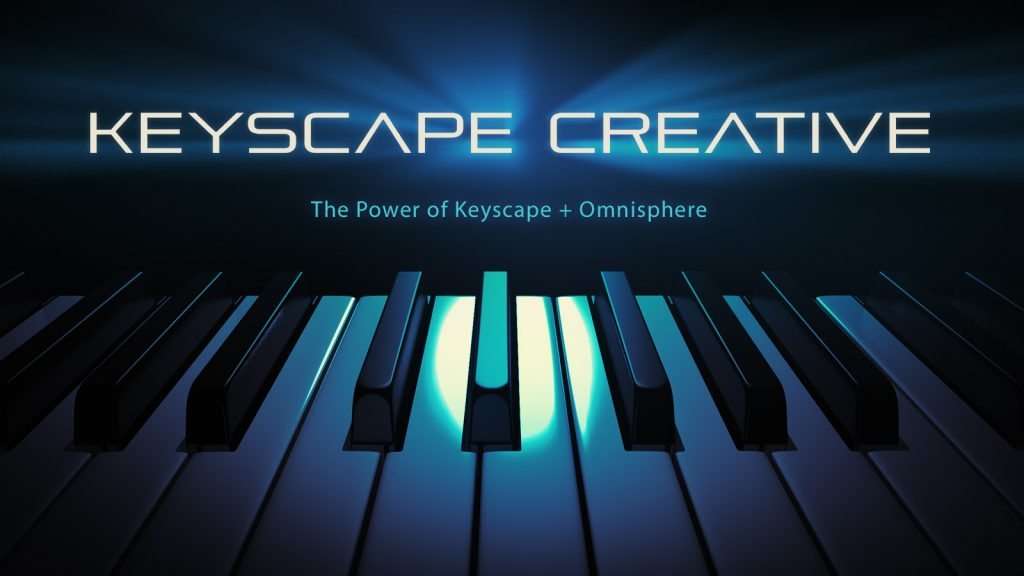 Spectrasonics have also released a free update to their flagship synth Omnisphere2 and new keyboard library Keyscape. The update fixes a few sample issues that were present in Keyscape, and adds velocity-curve presets for another 15 popular controller keyboards.

The main addition, however, is a massive new preset library created for Omnisphere2 with the use of the Keyscape library samples.

Keyscape Creative is a cutting-edge collection of over 1200 Omnisphere 2 patches specially designed for users who also have Keyscape.

The vast new library was produced by Spectrasonics’ Founder, Eric Persing, and features a tremendous variety of patches created by the company’s renowned Sound Development team, to showcase the power of combining Keyscape and Omnisphere 2.

Both products are absolutely fantastic in their own right: see our original in-depth Keyscape and Omnisphere 2 reviews.
I would highly recommend both as go-to instruments, especially for film, television and video game soundtracks.

The new Keyscape Creative library does not disappoint. It slots seamlessly into the Omnisphere2 library, utilising the same style categories. Or you can separate the library out at the top to just use the Keyscape Creative sounds.

For using keyboards as foundational samples, the breadth of sound is phenomenal. From serious EDM leads, pulsing rhythms, through to organic, gritty, whispering soundscapes. I particularly liked the standard or generic sounds that would have an organic edge that would occasionally poke through as the foundation for the sound was a sampled real-world instrument.

Some great examples are in the video above: Deep dark Basses would have wooden hints of piano bass about them. It’s a fresh take on some well known or referred-to sounds. Excellent!

The great thing about Spectrasonics presets is that although there are a lot of them, and I mean A LOT – they are all useful and inspiring. The problem becomes when you’re trawling through the sounds, and wanting to add them all to your productions.

If you don’t have Keyscape or Omnisphere, can I recommend you checking them out? They are seriously heavy production tools, and you won’t regret the investment. Visit Spectrasonics for more information.